12 Celebrities Who Chose Extraordinary Shoes And Hit The Jack Pot

On the red carpet, celebrities usually wear classic pumps or comfy high-heeled sandals. Actresses and singers, on the other hand, occasionally wear fancy shoes with odd heels to spice up their style. Some, like Lucy Liu, go so far as to defy gravity.

We chose to look at some of the most lavish shoes that celebrities have worn to social gatherings. 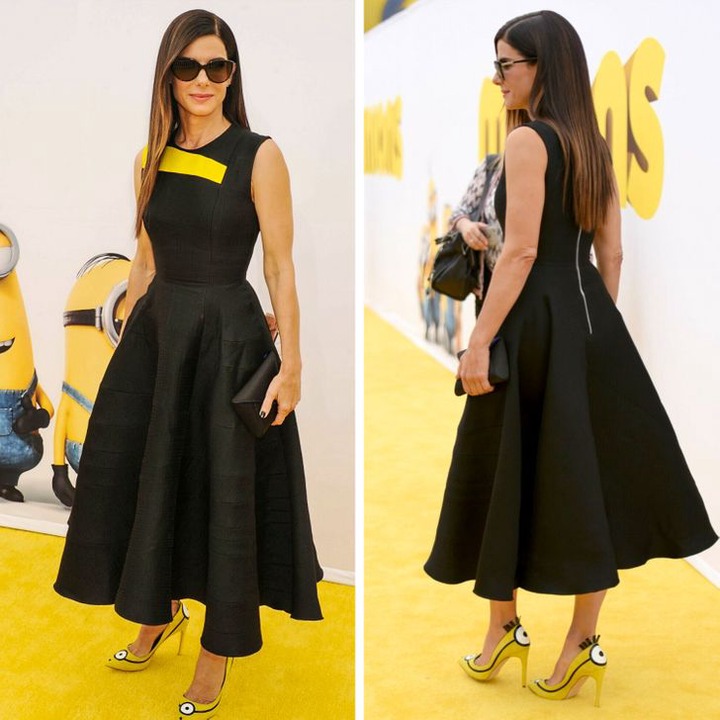 Children don't appear to be the only ones who enjoy Despicable Me's yellow minions. Sandra Bullock wore a pair of vibrant custom-made minion shoes to the premiere of the animated film. 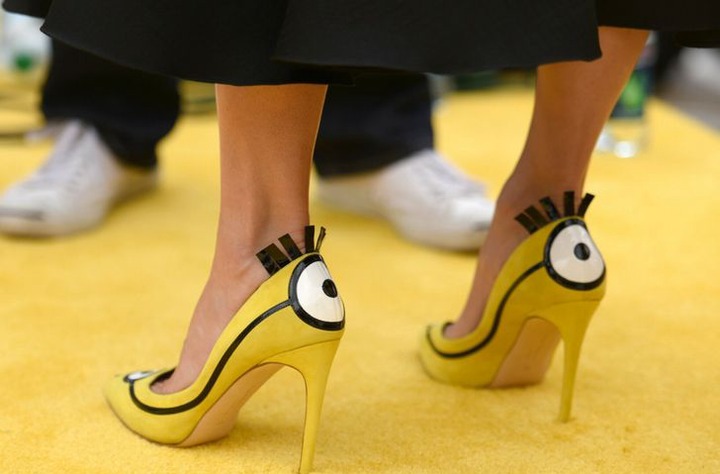 She didn't come to the premiere to flaunt her new shoes, though. Bullock held a charity auction and sold ten pairs of autographed shoes. She was able to earn a total of $84,850. 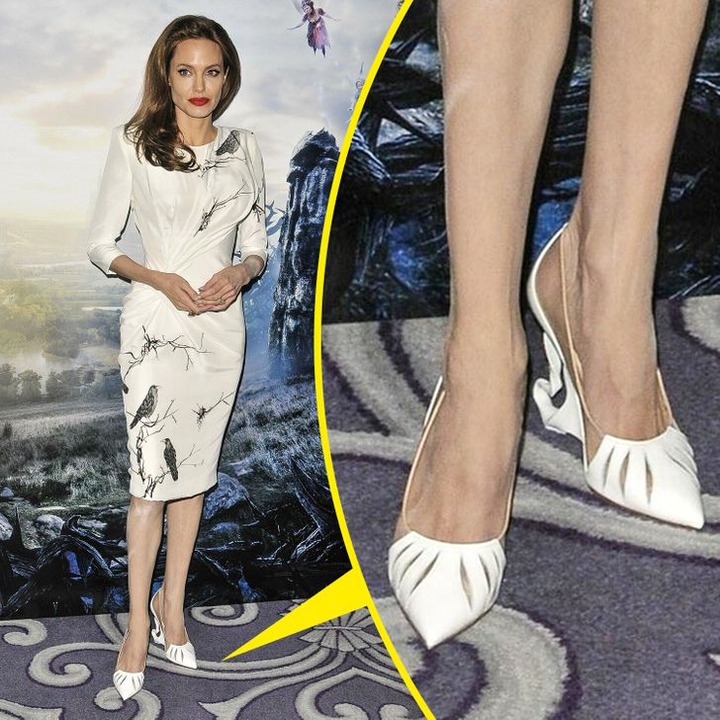 Christian Louboutin, a shoe designer, produced shoes inspired by Jolie's persona in Maleficent. The heels were designed to resemble the horns of a fairy. During a picture shoot in London, the actress wore these shoes. 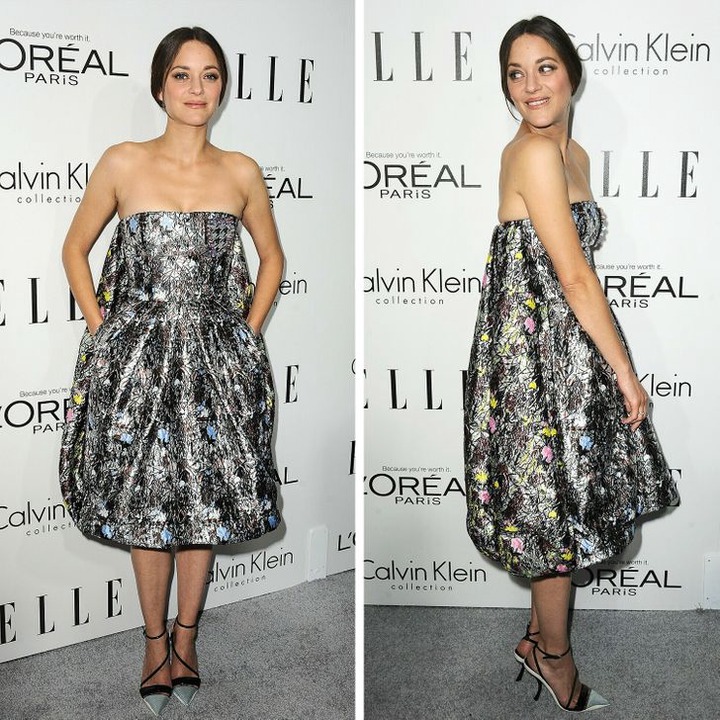 In 2013, the French actress appeared in Christian Dior shoes for paparazzi. At first sight, this exquisite footwear appears to have nothing unique about it. But keep an eye out for the curving heels. We hope the actress felt confident wearing these on the red carpet. 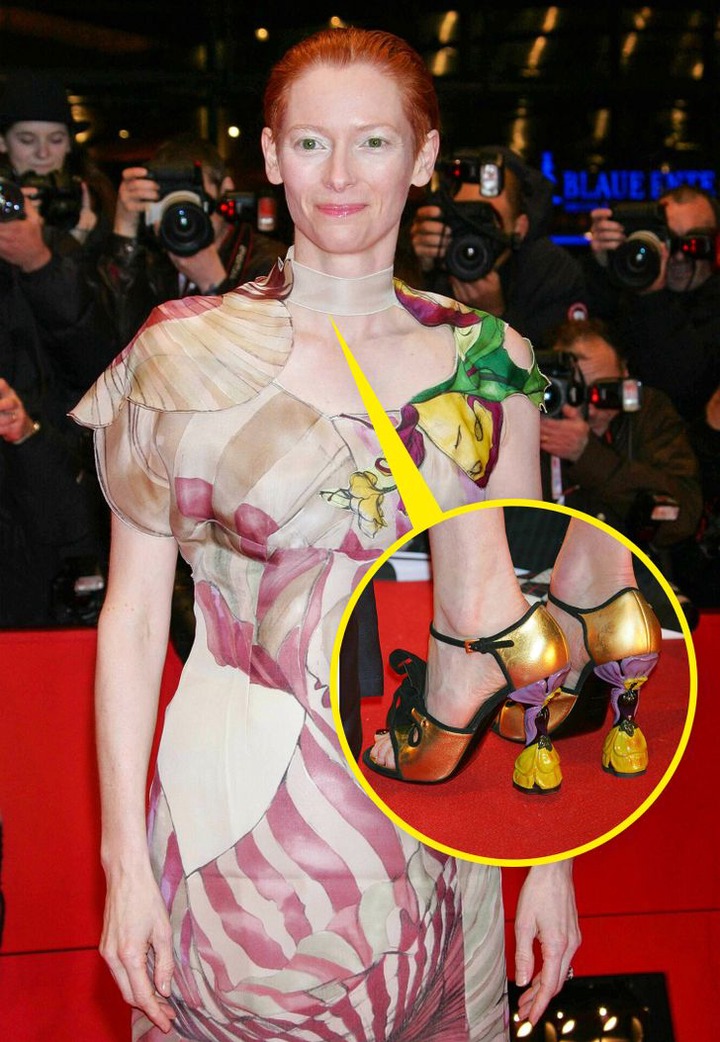 Julia had its world premiere at the 58th Berlinale Film Festival. Tilda Swinton wore sandals with unique heels on the red carpet. 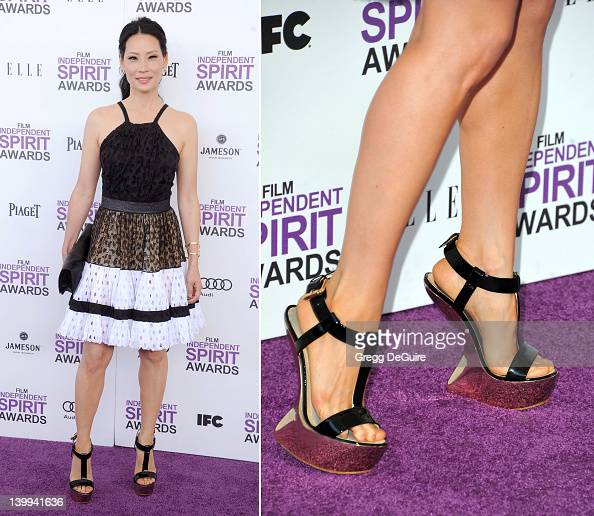 Lucy Liu wore Giuseppe Zanotti's heelless shoes to the Film Independent Spirit Awards. You can tell how strange these shoes are if you look at them from the side. It's still a mystery how Liu managed to maintain her balance in these shoes. 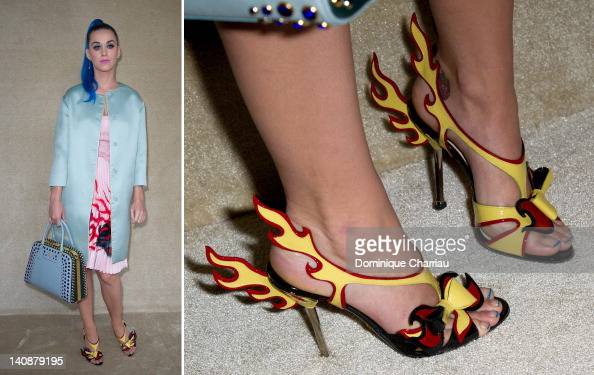 The acclaimed vocalist is known for her lavish taste in fashion. She wore Prada flame sandals to Paris Fashion Week in 2012. 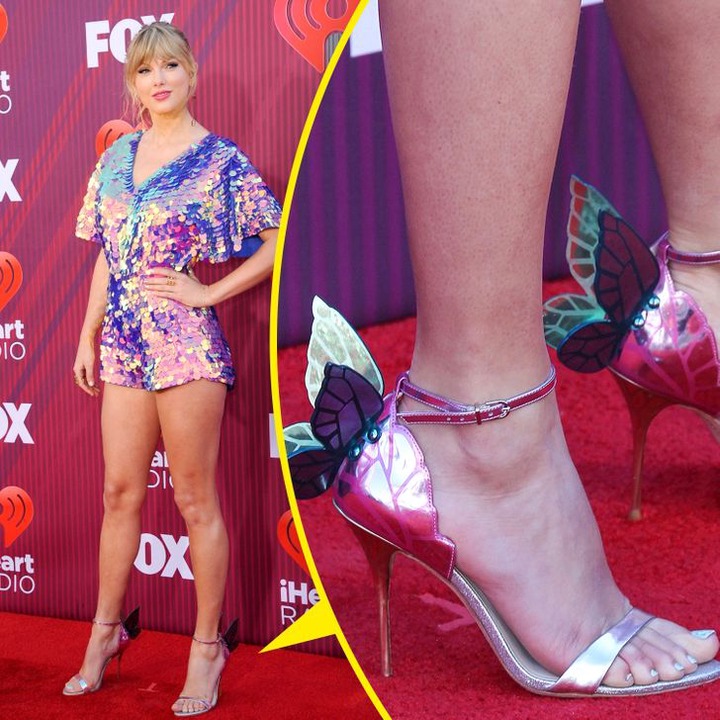 At the iHeartRadio Music Awards, the singer wore Sophia Webster's butterfly shoes, which complimented her costume flawlessly. Swift's fans instantly began speculating as to why she chose such a unique pair of shoes. Some speculated that the singer wanted to demonstrate the progression of her art in this manner - she emerged from her cocoon and transformed into a butterfly. 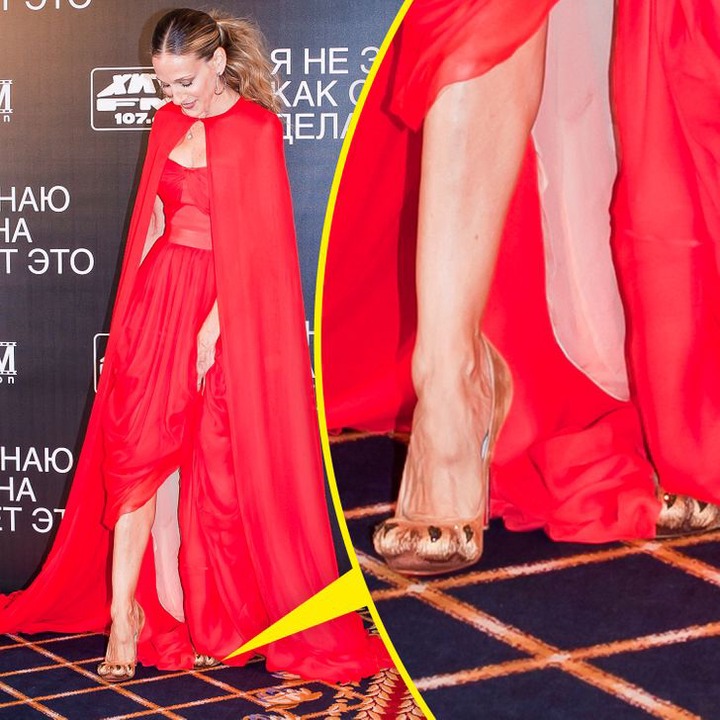 Sarah Jessica Parker visited Moscow, Russia in 2011 to promote her film, Don't Ask How She Does It. The actress debuted her Christian Louboutin lion paw shoes in front of her followers. 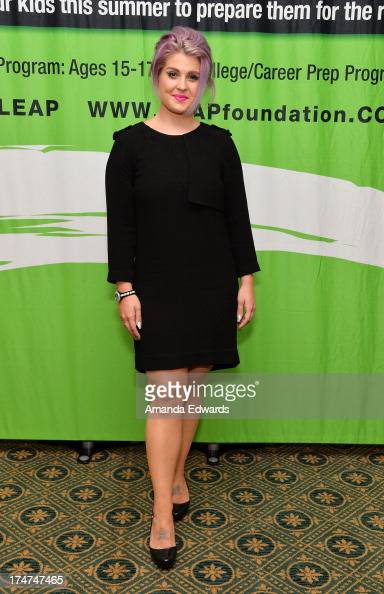 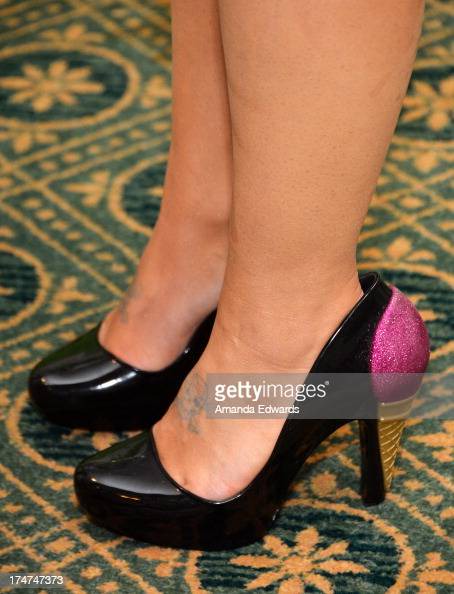 When you look at Kelly from the side, you can instantly tell why her shoes are so unique. The singer wore Karl Lagerfeld's ice cream cone-shaped pumps on the backsides. 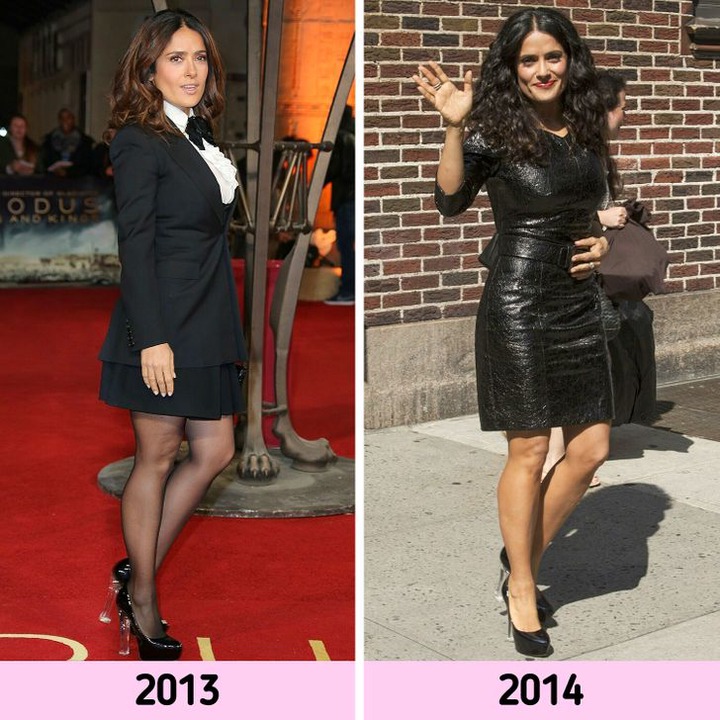 These Casadei shoes with translucent heels are a hit with the actress. When she appeared on The Late Show with David Letterman in 2013, she was the first to wear them. Hayek wore the same shoes for the premiere of Exodus: Gods and Kings a year later. 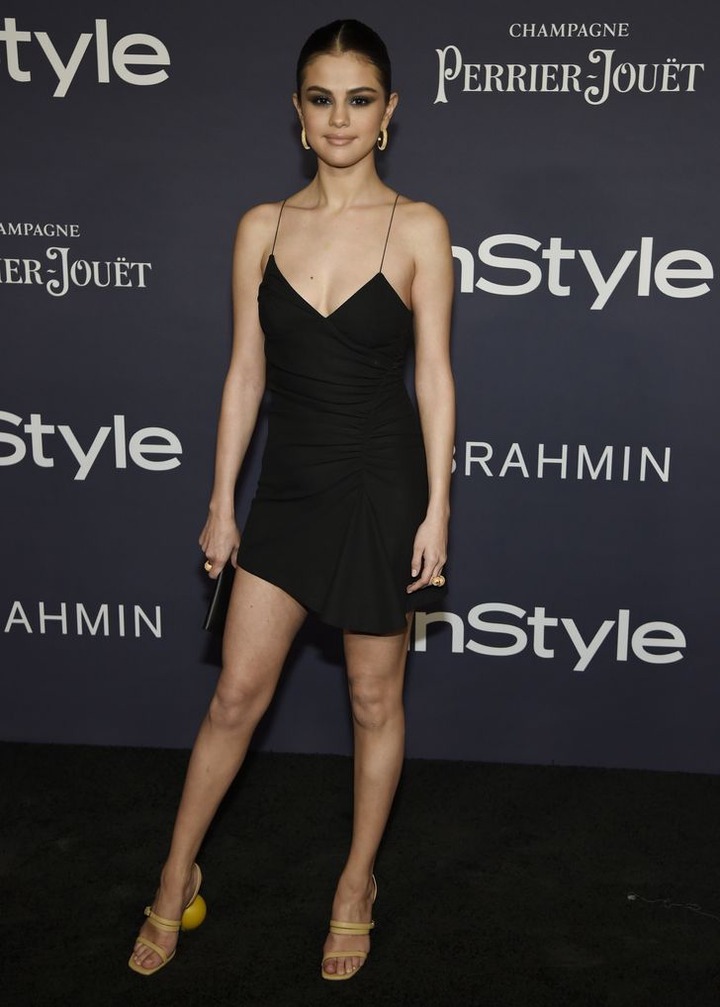 The singer and actress clearly enjoys wearing odd footwear. She attended an occasion in 2017 wearing shoes with mismatched heels. 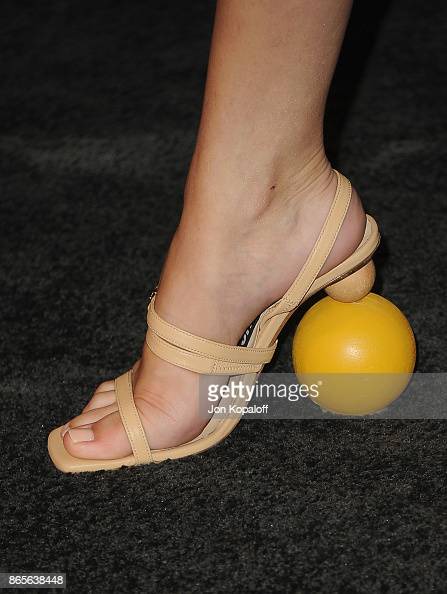 Her basic black dress was well complimented by these quirky Jacquemus footwear. “The devil is in the details,” as they say. 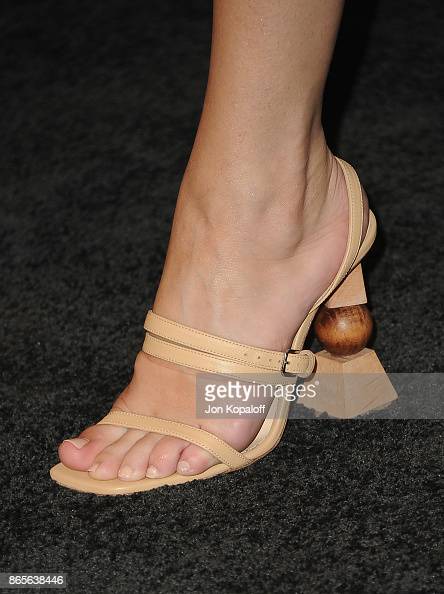 A year later, Gomez appeared at a teen event in elegant pumps with crazy high heels that looked like a work of modern art. 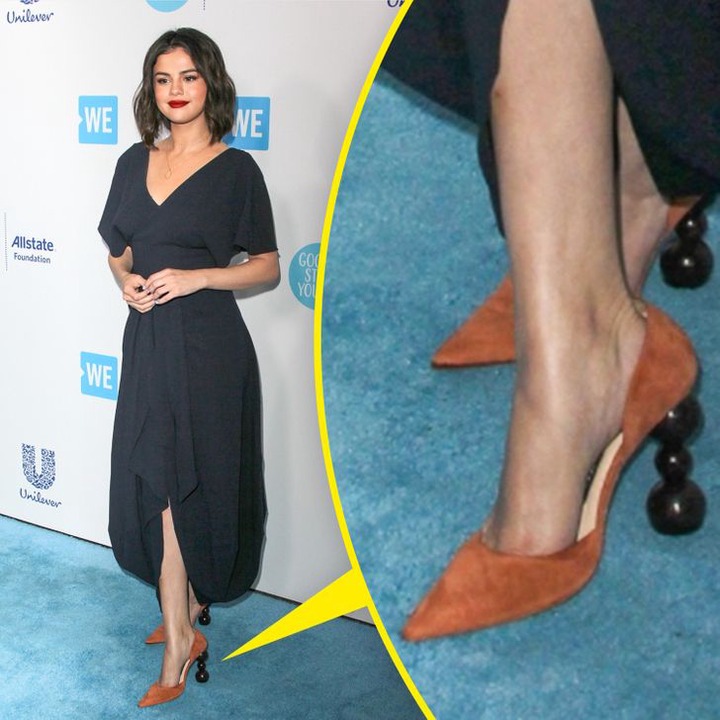 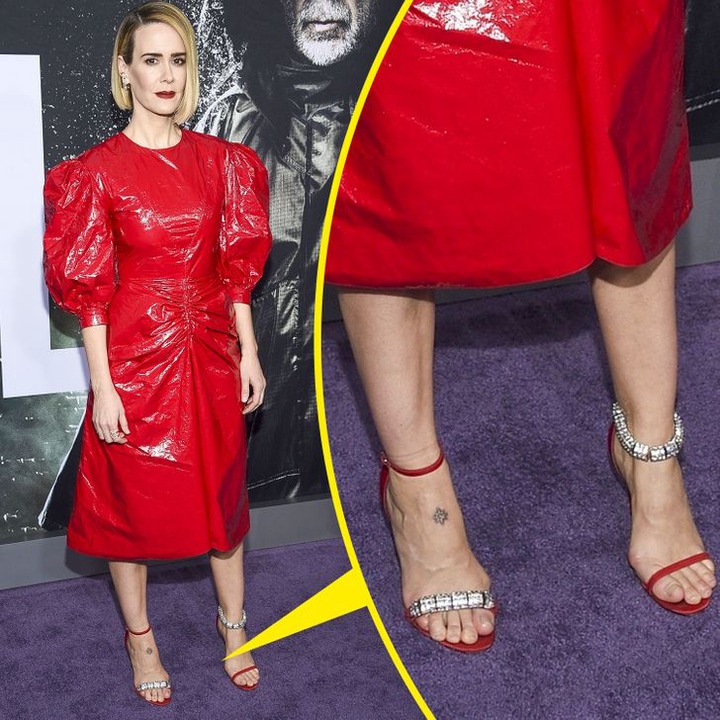 Sarah Paulson, an actress, is also a trend follower. She attended the premiere of Glass in 2019 wearing a pair of mismatched crystal-encrusted shoes.

Which of these out-of-the-ordinary shoes would you put on? Let us know in the comments section below. 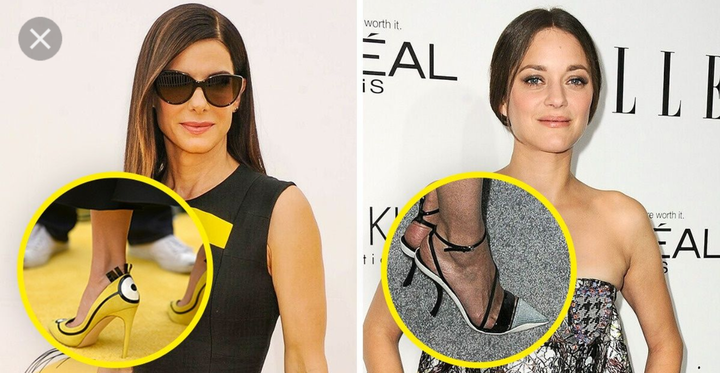