By TMvalienews (self media writer) | 8 days ago 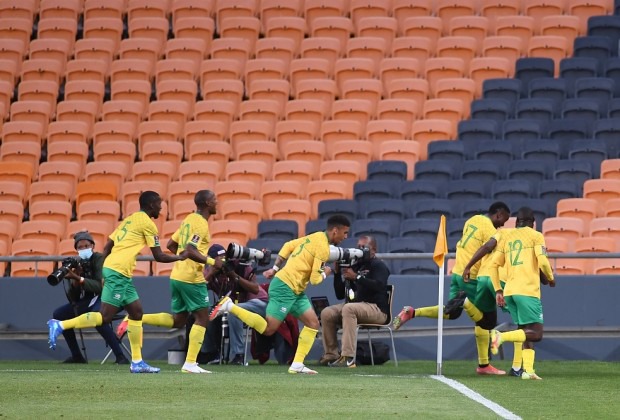 Evidence Makgopa was given a start after scoring off the bench in Saturday's 3-1 win, while Yusuf Maart and Njabulo Ngcobo were inserted into the midfield.

After Getaneh Kebede assisted Victor Letsoalo's header from a corner kick by Maart into his own net on 10 minutes, Bafana continued where they left off over the weekend.

Those wasted opportunities should've been punished by the hosts minutes later, when Bongokuhle Hlongwane's quick right-side move ended with a cross into Letsoalo, who hoofed over the crossbar. A few minutes before halftime, Ethiopia made a substitution, with Amanuel Gebremichael being replaced by Abel Yarlew.

As the second half began, the visitors continued to create pressure, with Kebede coming close to equalizing with a shot that escaped the top-corner after a move from a tight angle.

Makgopa's poor attempt in the area, which Hamid Suleman pushed off the goal-line, cost the hosts a second goal in the first ten minutes of the second half.

As the match drew to a close, the East Africans remained optimistic about their chances, with Yarlew's first-time volley at the back-post causing concern for the hosts.

With fulltime approaching, Bafana Bafana survived the Ethiopian storm to recover top spot in the group from Ghana, which had defeated Zimbabwe earlier in the day.

It was a good game on both teams creating scoring opportunities, despite an on on goal from Ethiopian player the game would have gone in either team, but all credits to South African team for securing an important win.