Africa's SEVEN most beautiful and expensive stadiums are bigger than you thought.

By MotZA (self media writer) | 9 days ago

The beautiful game of football is all over the world in some of the most stunning and picture perfect stadiums. Today we look at the most beautiful stadiums on our continent. 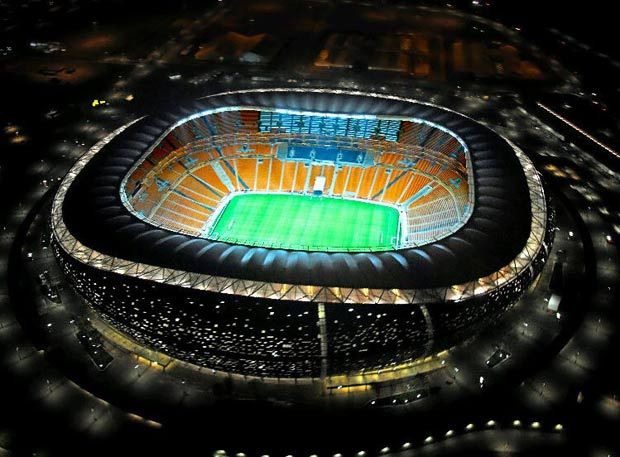 Football (or soccer) is the most popular sport in Africa. The magic and spirit of this beautiful game transcends age and time.

Stories are told and passed down through the generations of the great players, the most memorable matches and the most wonderful atmospheres.

Of course, this would not be possible without said great players and their respective teams and fans, but without a stadium to host and encapsulate all that sticks in our minds, the mere memories would be lost; gone forever.

Creating these architectural marvels does not come cheap; take a look at the seven most expensive and beautiful stadiums across Africa. 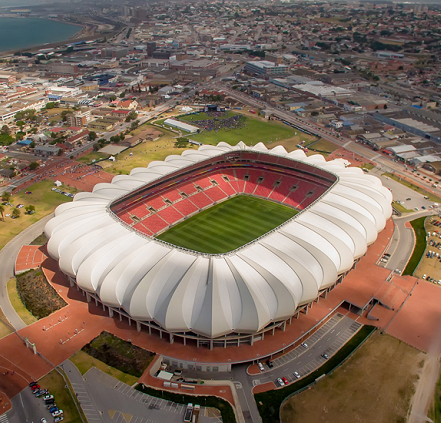 The R4 billion stadium was built overlooking the North End Lake in Gqeberha, Eastern Cape, South Africa. It was one of three coastal stadiums built to host the 2010 FIFA World Cup. 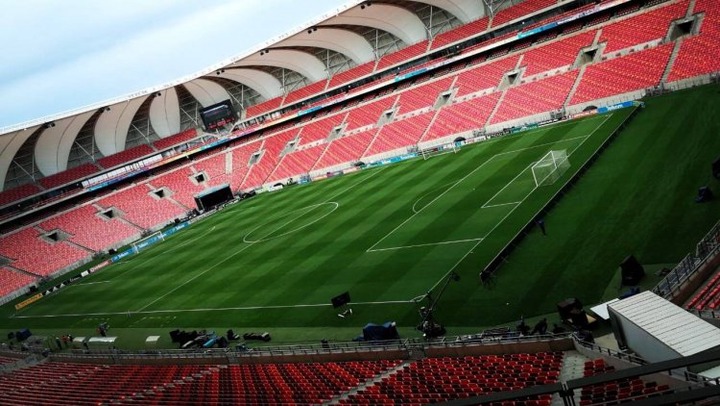 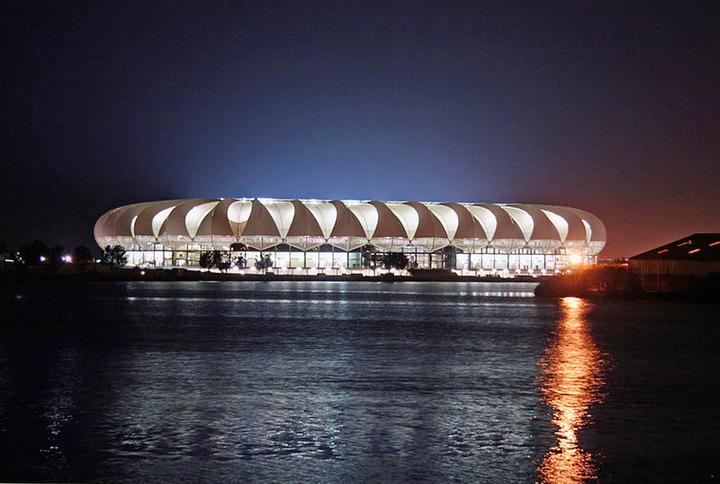 The stadium was designed in 2006 with student from various schools submitting their designs which ultimately won and were used as the inspiration behind the prototype.

It regularly hosts large-scale rugby union and soccer matches. The stadium has also been used as a concert venue. 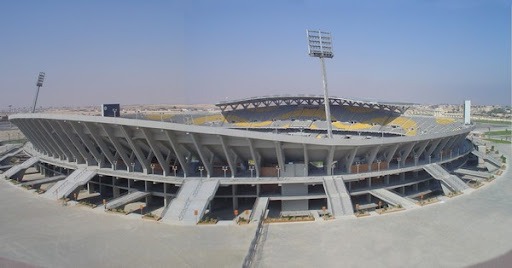 The Borg El Arab Stadium, sometimes referred to as the Egyptian Army Stadium or El Geish Stadium is the largest stadium in Egypt. 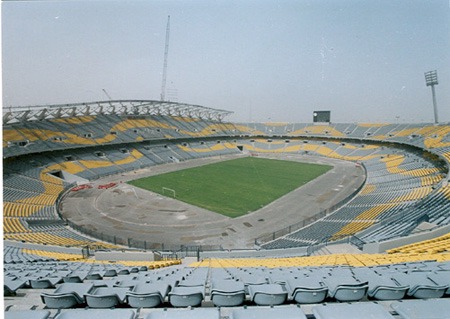 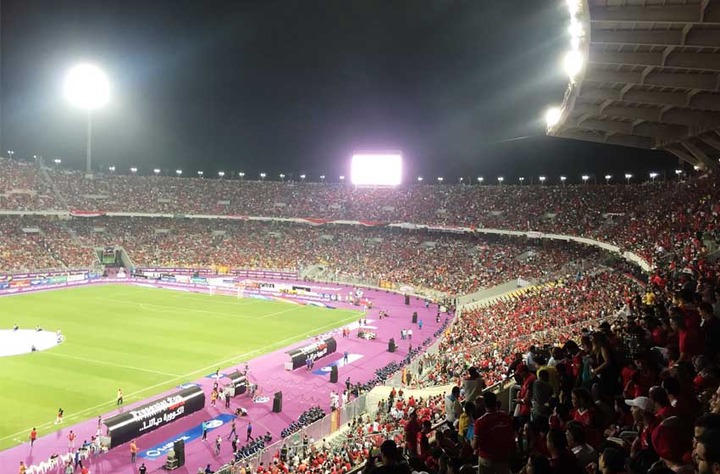 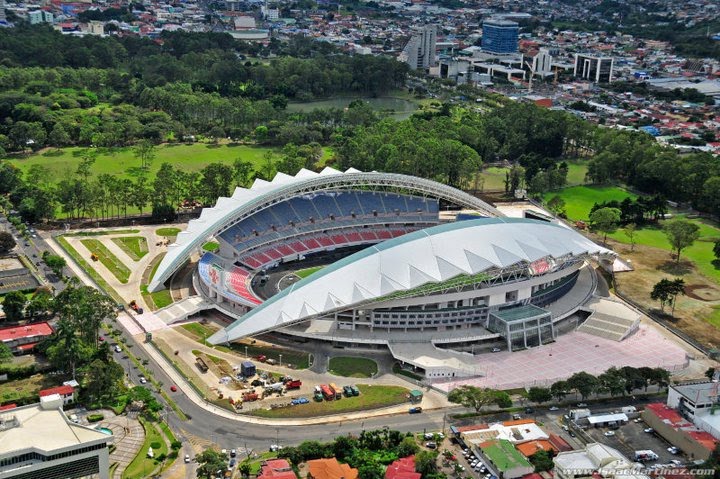 Located in Angondjé, a suburb of Libreville in Gabon, Stade de l’Amitié stadium was funded by the Gabonese and Chinese governments. 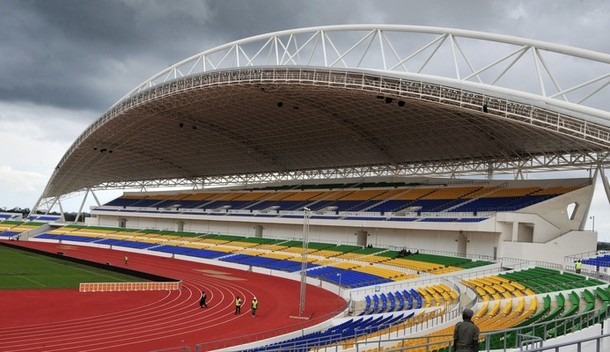 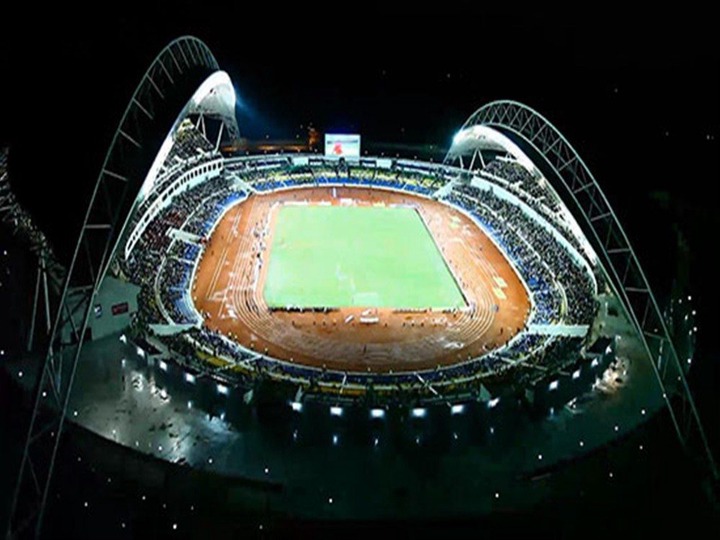 It was one of four stadiums used for the 2012 Africa Cup of Nations and hosted the competition final. The inaugural football match played here was Gabon facing off against Brazil. Brazil won that match 2–0. 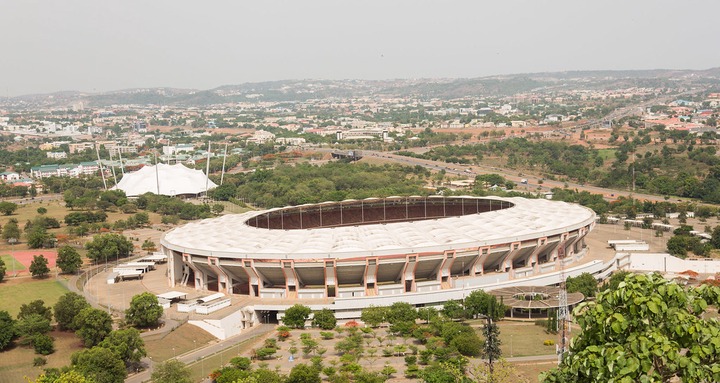 Home to the Nigerian national football team, the Moshood Abiola stadium is the largest stadium in Nigeria, and one of the most beautiful stadiums in Africa. 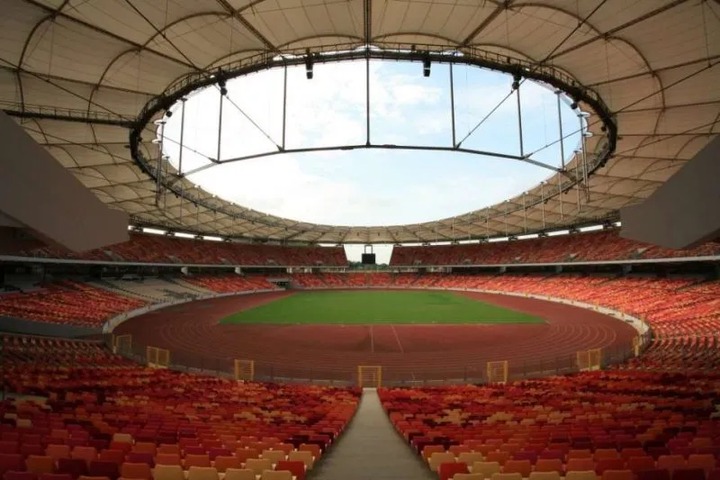 The $360 million stadium hosts a number of different activities- from sporting events, to cultural and religious events. Its capacity attracts various events such as concerts, and religious conferences, events which sometimes have preference over sports. 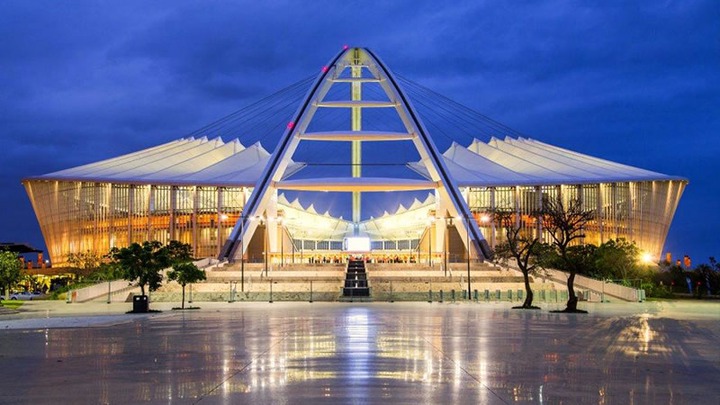 Moses Mabhida Stadium was built to serve as a playing venue for the 2010 World Cup. The stadium's most characteristic feature is its Y-shaped 106-metres high arch, inspired by the South African flag, and which holds up the Teflon-coated glass fibre membrane roof. 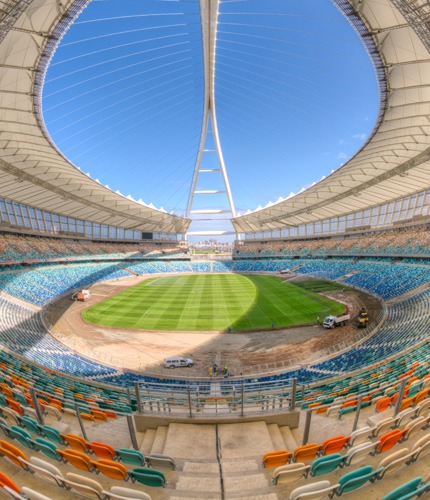 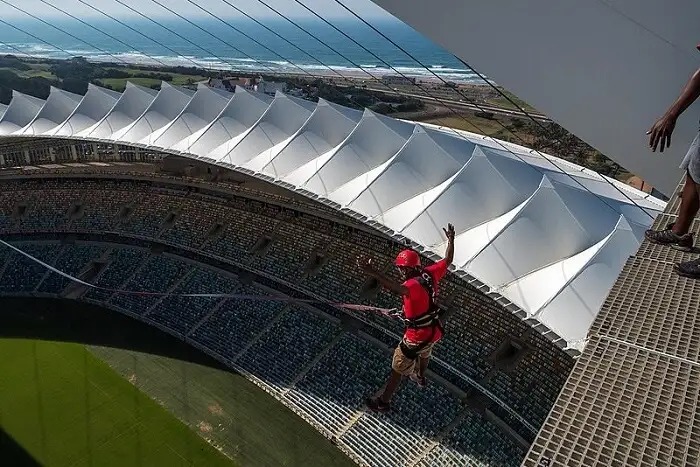 The stadium features a number of attraction activities such as The Big Rush Big Swing which was named the world’s tallest swing by the Guinness Book of Records since 14 May 2011. 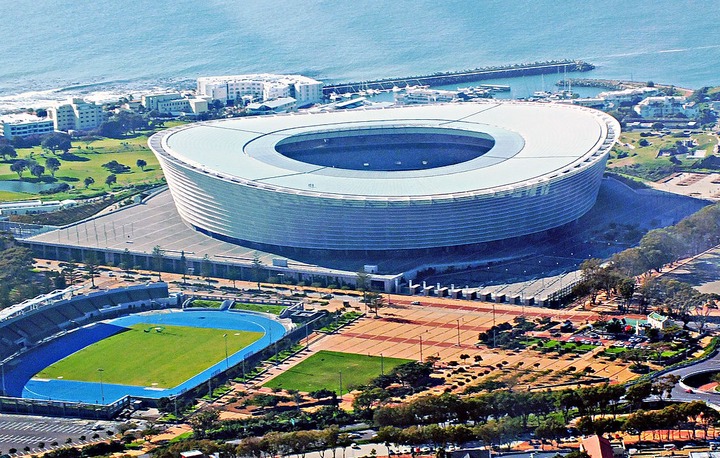 The Cape Town Stadium is one of the largest stadiums in South Africa, also the most expensive. It is located in Green Point, close to the Cape Town city center and to the Victoria & Alfred Waterfront, a popular tourist and shopping venue. 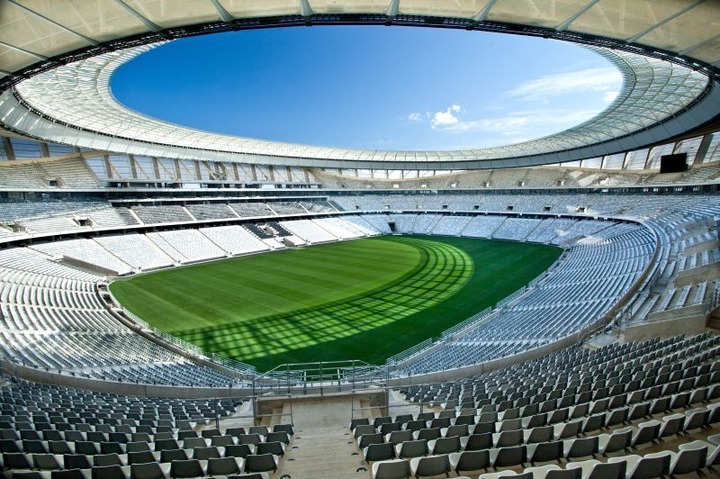 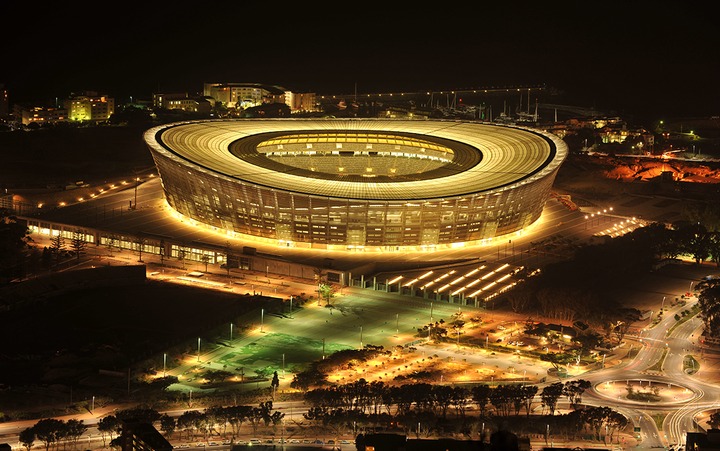 Construction for the stadium began in March 2007, and took over 33 months at a cost of R4.4billion (or approximately US$600million). 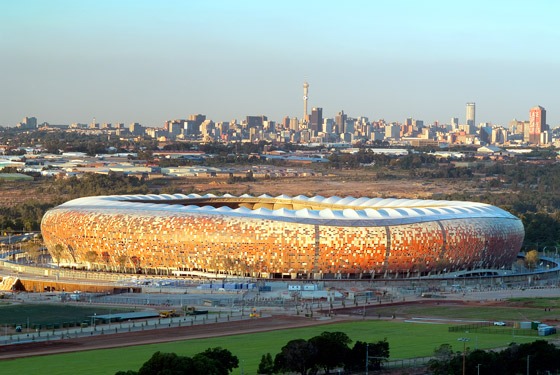 Although it is home to South African club side Kaizer Chiefs, the stadium is fondly remembered for hosting the showpiece event of the 2010 final, but also for hosting the opening game and goal of the tournament—Siphiwe Tshabalala. 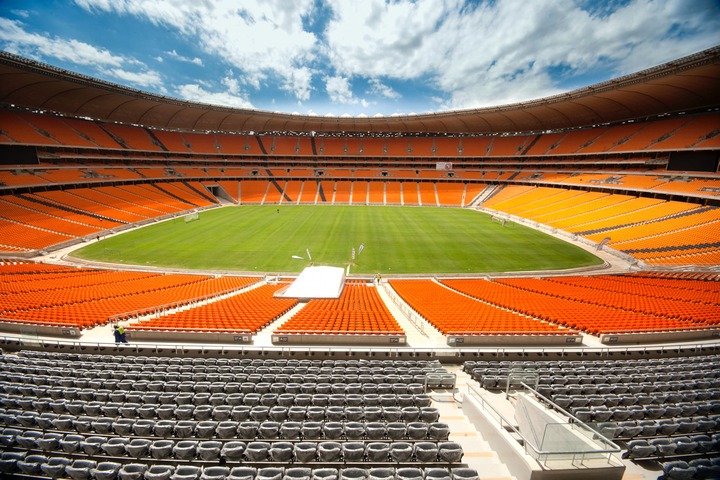 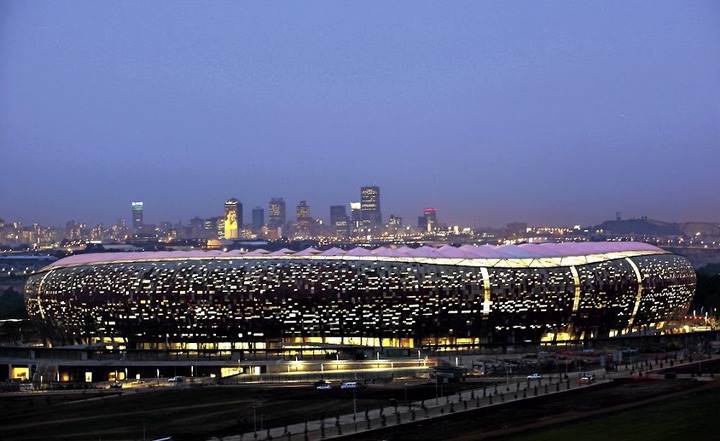 Though not the most expensive on this list, Soccer City is currently the largest stadium in Africa since its capacity was increased to 94,700 for the 2010 FIFA World Cup.

Africa has some of the most beautiful stadiums in the world. This list was heavily influenced by South Africa mainly because the country invested a lot more in building world class facilities for the 2010 world cup.