Tshwane seized R400K of stolen infrastructure. Look how many illegal connections they disconnected? 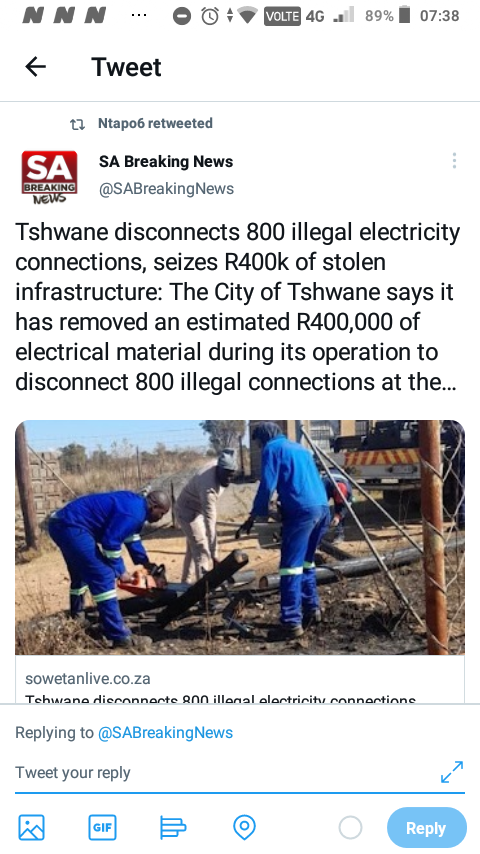 During the operation, approximately R400,000 worth of electrical material was removed from the Brazzaville informal settlement. This material included 11kV overhead lines, aluminum conductors, and aluminum aerial-bundle conductors.

On Tuesday, the City of Tshwane conducted an operation in the Brazzaville informal settlement in Atteridgeville to disconnect 800 illegal connections. During this operation, the City estimates that it removed approximately R400,000 worth of electrical material.

"This is a significant collection of stolen infrastructure," the police officer said. In many areas, power trips occur after load-shedding because of illegal connections. These power trips lead to extended power outages. Theft of city infrastructure, such as cables, conductors, and transformers, makes this problem much worse, according to Daryl Johnston, MMC for utilities and regional operations.

On Tuesday, the city's energy and electricity department, in collaboration with the Tshwane metro police and members of the Danville station of the South African Police Service, removed 800 illegal connections to the electricity grid at Brazzaville. 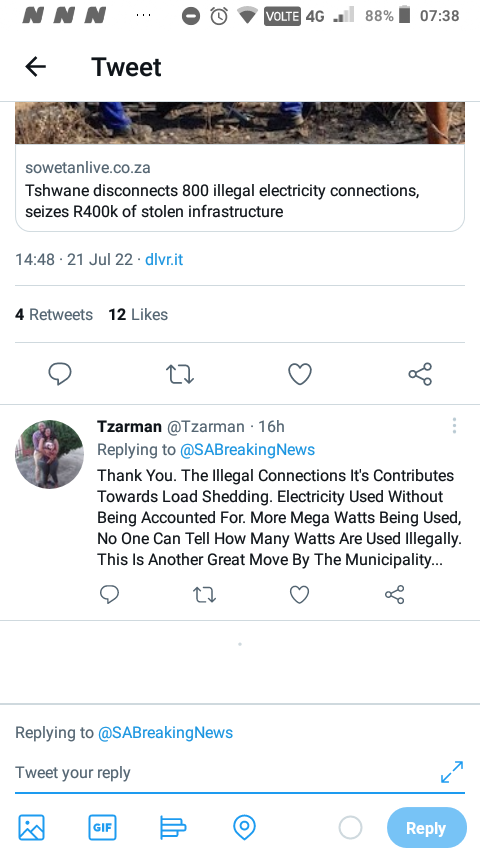 According to Johnston, the unlawful connections have cost the city hundreds of millions of rand in damages to the infrastructure and maintenance, as well as having an impact on companies and citizens.

The city's finances are completely ruined as a direct result of these massive losses in non-revenue. It is imperative that we utilize every tool at our disposal to thwart the spread of this plague. He explained that this most recent operation is just one of several that the city is taking part in to safeguard its electrical grid.

He stated that the unlawful connections were connected to the Phelindaba overhead line, which provides power to areas such as Schurveberg AH and other surrounding companies. 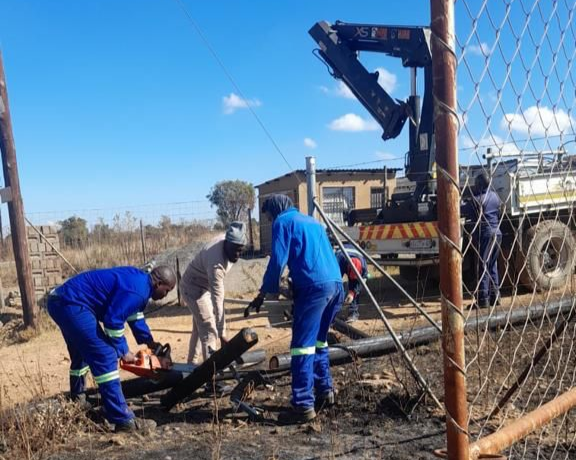