When it comes to well-known people in the entertainment industry, South Africa has gone through a lot of drama in the past few months because of it, and it is still something that some people talk about even today. Some people are still wondering what could have led to an individual acting this way, and by that individual, they mean SK Khoza. SK Khoza is a well-known actor and many people know him from his role in the drama series The Queen. 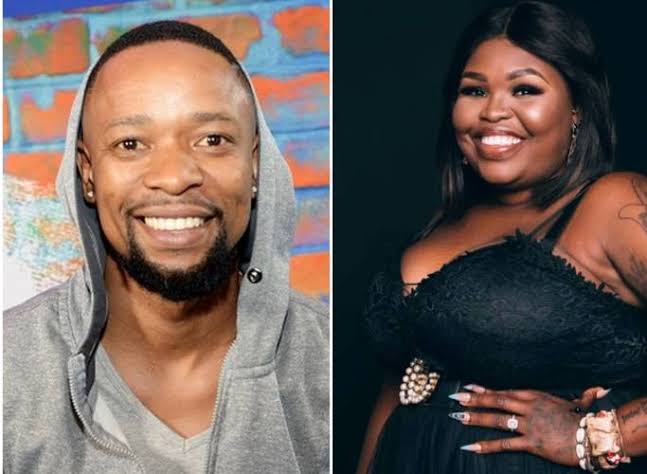 In the past months, SK Khoza became a hot topic when videos of him surfaced on the internet and circulated for days. After the videos went viral, many people wondered if the actor was in his right mind or if something disturbing could have been happening to him that people were not aware of.

SK Khoza was seen walking around barefooted in supermarkets and insulting every security guard that he came across, and it also looked like he was ready to get into a fight with anyone who would physically provoke him. I'll just watch those videos. Many people started saying that the actor was not mentally okay because he was going through a lot in his life. 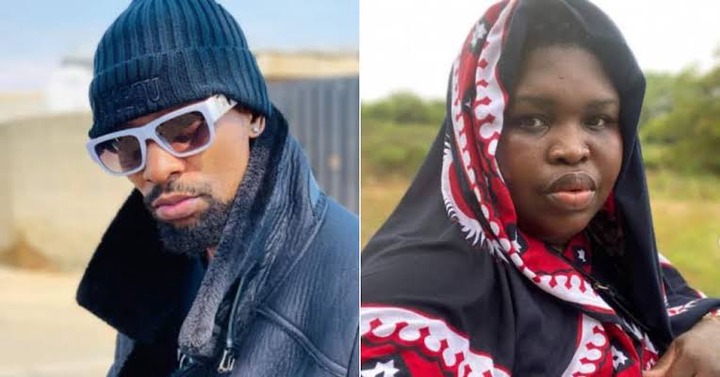 But then his ex and baby mama, a well-known traditional healer who is known for helping women with issues when it comes to dealing with people, Gogo Maweni, People started sharing posts that she made after it was revealed that her baby daddy, SK Khoza, does not play the parental role that she hoped for. In her posts, many felt like she might have had something to do with how SK Khoza was behaving, and she did state that she left everything to the ancestors. Well, 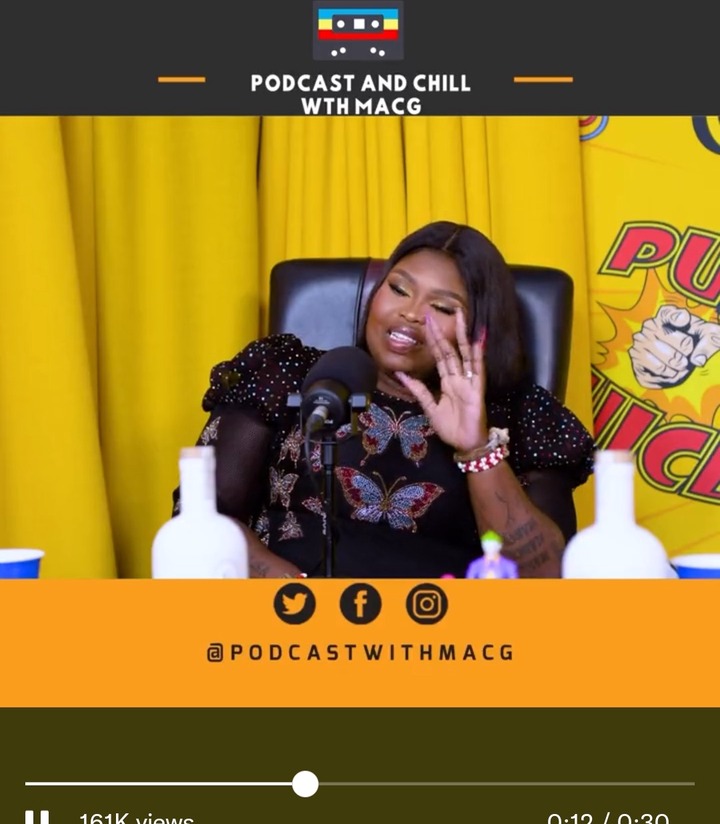 the truth finally got revealed when two days ago Gogo Maweni went to a well-known podcast and chill hosted by Mac G. While being interviewed on the podcast, they asked her about the SK Khoza ordeal, and she was asked if she bewitched SK Khoza to act in such a way, and she admitted she did bewitched him, which left many people in shock. 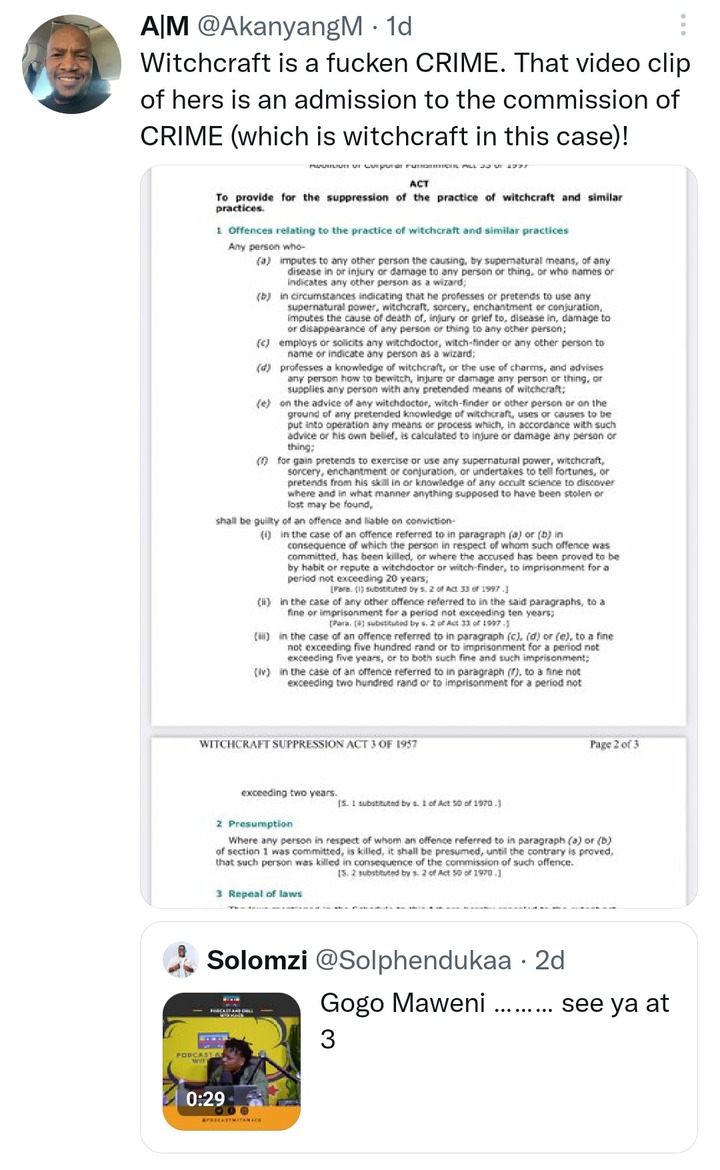 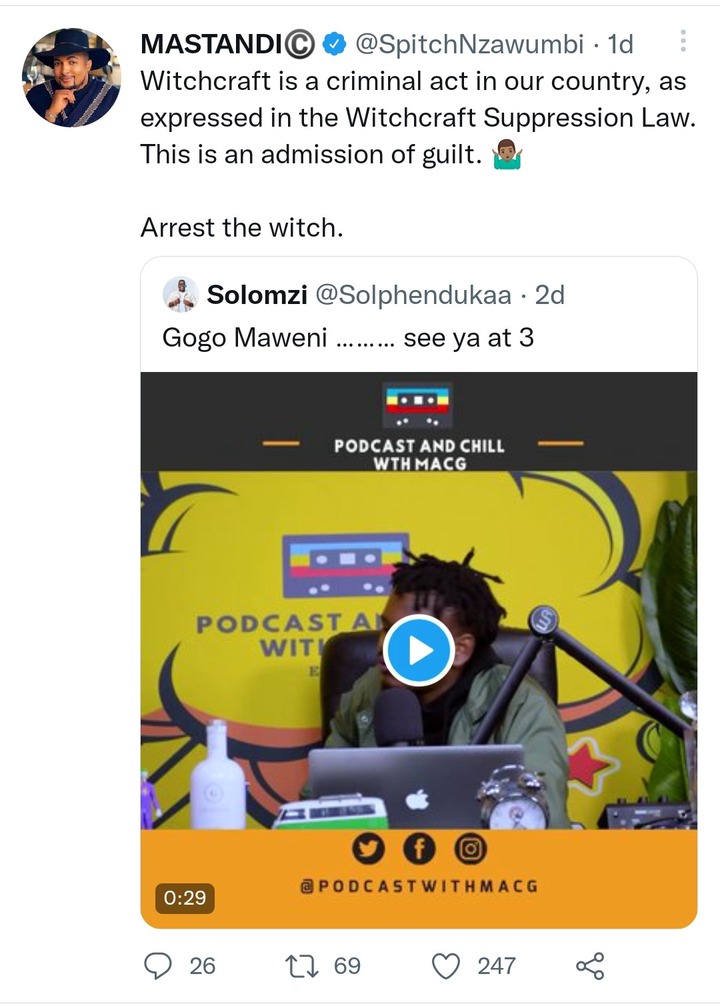 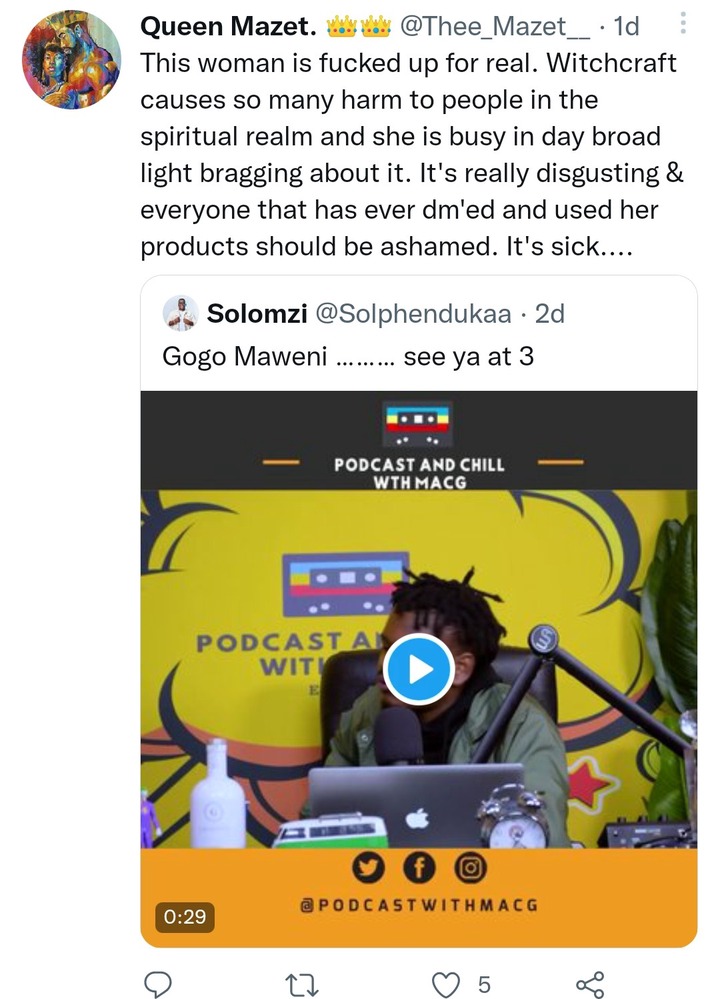 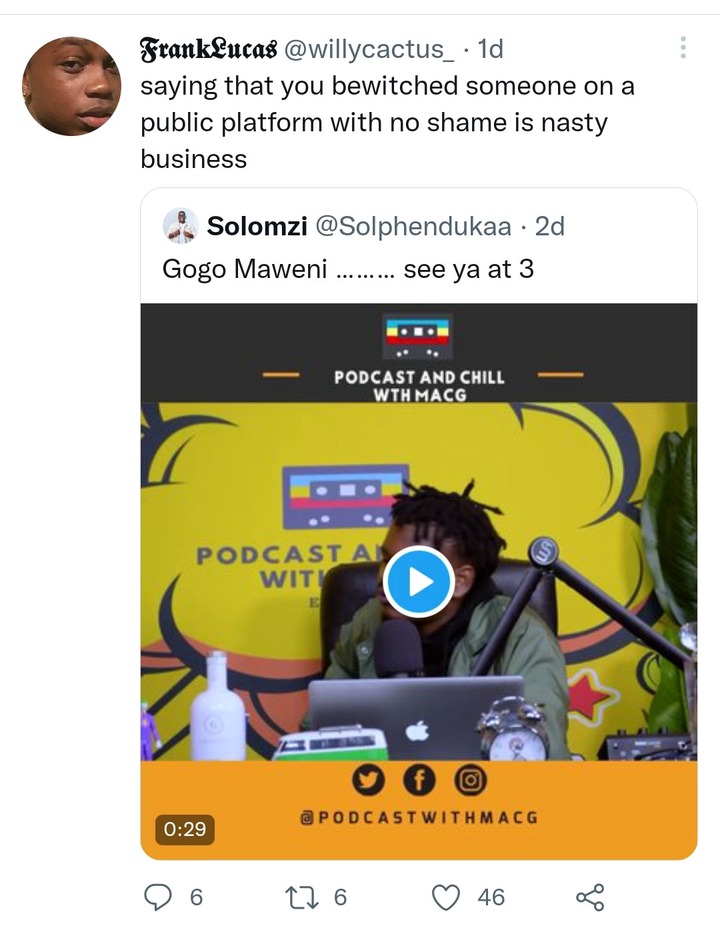