Chris Jones: Our Heritage is not only our past, we are making it consistently 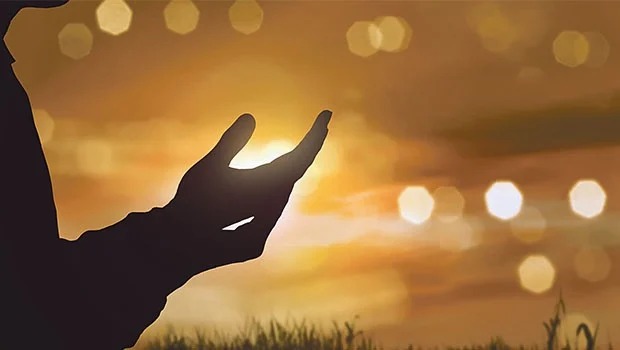 Albeit systematized religion is losing ground and social orders are progressively portrayed as common, we should remember this heritage day that "society isn't really de-sacralised" as we change new spaces, composes Chris Jones.

On Heritage Day (24 September), we are urged to praise our assorted societies, religions, dialects, food, music, and different practices. In my appearance on this significant public occasion, I might want to zero in on religion and new improvements with respect to consecrated spots and how this affects the manner in which we commend our strict heritage.

Several years prior, an associate from Tilburg College in The Netherlands, the ethical scholar Jan Jans, gave me a duplicate of exploration at the Tilburg School of Humanities named Humanities Points of view (2012), of which he was the proofreader. Two articles, specifically, got my attention: The one composed by Inez Schippers, and the other by Lieke Wijnia.

Schippers composes how, during her time investigating the holy in suburbia, she routinely pushed through Leidsche Rijn that structures part of the city of Utrecht. The Leidsche Rijn improvement was/is essential for the Dutch government's program to address the lodging emergency in The Netherlands.

She found that chapels didn't frame part of this particular metropolitan improvement on the grounds that the organizers expected that there was no interest or need for such places. This aided her look "past the congregation working at new types of consecrated space, and at new spots for custom practice".

Heritage is essential for our present

This is of incredible premium to me since legacy, as I see it, isn't just found in, and celebrated as a feature of our past, yet additionally made in the present. Maybe this is something that we ought to likewise consider in our discussions about heritage.

Schippers makes the basic point that the "de-systematization of religion" doesn't naturally imply that the hallowed has vanished from society.

In such manner, she alludes to social scientist Mathew Evans who sees "the sacrosanct" as "things put aside". He portrays four elements of sacrality: the individual, common, strict, and otherworldly. This load of measurements are "non-selective".

This suggests that the "holy isn't just to be found in conventional, institutional religion however in individual and separated types of sacrality too". It goes from the individual and normal to the group and extraordinary.

This is occurring across the globe, including South Africa. The notoriety of customary, institutional religion is contracting and this, as indicated by Schippers, has "made the quest for new structures, more individualistic and philosophical, and thus additionally for new sacrosanct spots to suit these new structures".

The center of her examination was to recognize and explore these recently arising spots to get a knowledge into how they were working.

Following 25 minutes of cycling, as alluded to above, she normally contacted her objective – a supposed birth commemoration backwoods. Double a year, inhabitants of Leidsche Rijn can establish a tree for their infant kid or grandkid. At times, a tree can likewise be planted for an expired (small kid.

As far as she might be concerned, it was compensating to notice and partake in this fascinating new custom. New customs regularly arise as individuals plant their trees: "entire families are helping, pictures are taken, and sonnets are perused".

Every one of the partaking families in this custom get a testament with their name and the specific GPS area of their tree on it. This aides when somebody gets back to perceive how his/her tree has developed, to take pictures, or to drape something onto a branch.

The majority of these trees convey an individual story and is hence critical to their proprietors. Individuals in the then developing suburb of Leidsche Rijn, who favored a customary church, gone to the congregation of their decision in the old(er) portions of Utrecht that adequately obliged everyone.

What Schippers found, is that the inhabitants of this new developing area had specific spots in their local where they felt unique, went to consider life, or discovered some harmony and calm.

Her bicycle ride took her through various areas that were underlying diverse recorded periods — from the early Medieval times to regions that were as yet under development. The manner by which these areas were arranged and set up likewise changes. They address the time wherein they were assembled, and one can undoubtedly see the distinctions.

Perhaps the main characteristic, as currently alluded to, was the way that congregation structures had "vanished". Temples don't have a particularly noticeable spot in urban areas and towns as in the past. They are regularly avoided with regards to the situation. Many individuals wind up in a post-church circumstance.

This affirms the way that customary and institutional types of religion are losing ground directly across the Western world at the same time, as Schippers brings up, "this doesn't imply that sacrality is vanishing from our general public: individuals search for new structures and going with holy places in the public area. Where individuals used to go to chapel for their strict or holy encounters, these days they additionally appear to discover comparative encounters in nature, in music, in craftsmanship, or peacefully".

In South Africa, we additionally experience this shift away from conventional religion to certain "put aside" places attributed to sacrality, as Evans alludes to it. One could contend that this is one more illustration of how legacy is being made in the present.

This carries me to Lieke Wijnia, who reasons that in spite of the fact that it is trying to give a solitary widely inclusive meaning of what sacrality is, a significant perspective rising up out of the multitude of definitions is that it has a "non-experimental" character.

All in all, the significance of individual encounters and how they are fully articulated, are vital in depicting the holy.

In Musicking: The Implications of Performing and Tuning in (1998), Christopher Little contends that the hallowed removes individuals from their every day settings and contact them such that assist them with encountering how they truly need the world to be.

Albeit standardized religion is losing ground and social orders are progressively described as common, "society isn't really de-sacralised", as Gordon Lynch reminds us in The Consecrated in the Cutting edge World: A Social Sociological Methodology (2012). Wijnia says that "religion takes on various structures and the sacrosanct has turned into an attribution rather than simply an organization with set up limits".

As we observe Legacy Day and our variety of religions, we should likewise recollect that sacrality can be perceived or potentially knowledgeable about different ways and spots in our urban communities, towns, and neighborhoods. The more we distinguish and investigate them and upgrade both real and ideal connections among the various individuals sharing these spots and spaces, the more we make legacy, which ideally will be praised, reflected upon genuinely, and even be changed imaginatively by the people who come after us.