Opinion - The ANC has no policies that seek to obtain a revolution, but works for attain reformism.

The ANC fashions itself as a communist party, by definition of the content of its revolution and revolutionaries.

The ANC has no policies that seek to obtain a revolution, but works for attain reformism. 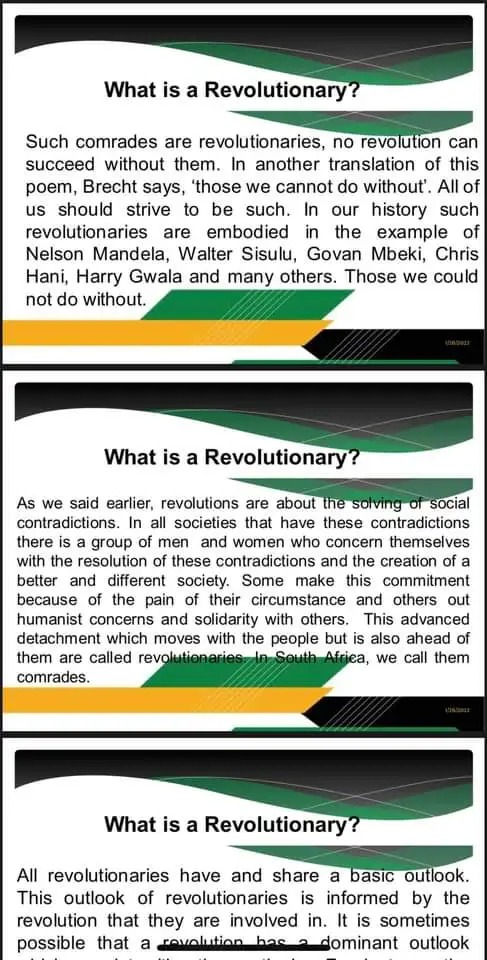 This whole document quotes the Communist Manifesto, yet the ANC is not communistic, but a political hybrid.

It is said one of the key leaders of the Zimbabwe liberation struggle comrade Edgar Tekere, didnt agree with the compromises of the Lancaster agreement. Post independence he was appointed minister by Mugabe. But, Cde Edgar every weekend took his former guerilla comrades and hunted and killed settlers. Tekere was eventually arrested and sentenced to jail he served six years.

We must ask if Tekere was right to continue the struggle. It took Mugabe 20 years under pressure from war vets to return land. Part of the success sabortage of the Zim economy is as s result of this delay by Mugabe. We must ask if comrade Tekere was correct to vontinue with the Chimurenga post formal indepemdence.

Venda Vs KZN village, What Do KZN People Do With The Money?