By Warrior_writes (self media writer) | 6 months ago 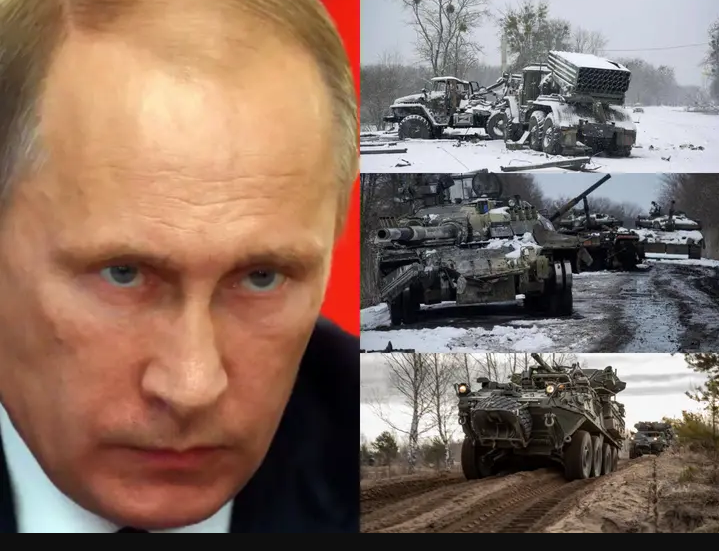 Russia's military losses have been updated by the Ukrainian troops as of March 13, 2022.

More than 12,000 Russian troops, 74 planes and helicopters, 374 tanks, 140 artillery weapons and 1226 armored personnel carriers have been reportedly lost. Among other things, the Russian military is said to have lost 60 fuel tanks, 7 Unmanned Aerial Vehicles and 34 anti-aircraft weapons.

Ukraine's president, Volodymyr Zelenskyy, has claimed that Russia's military is losing ground in Ukraine's ongoing attacks. This is one of the updates from the Ukrainian authorities. 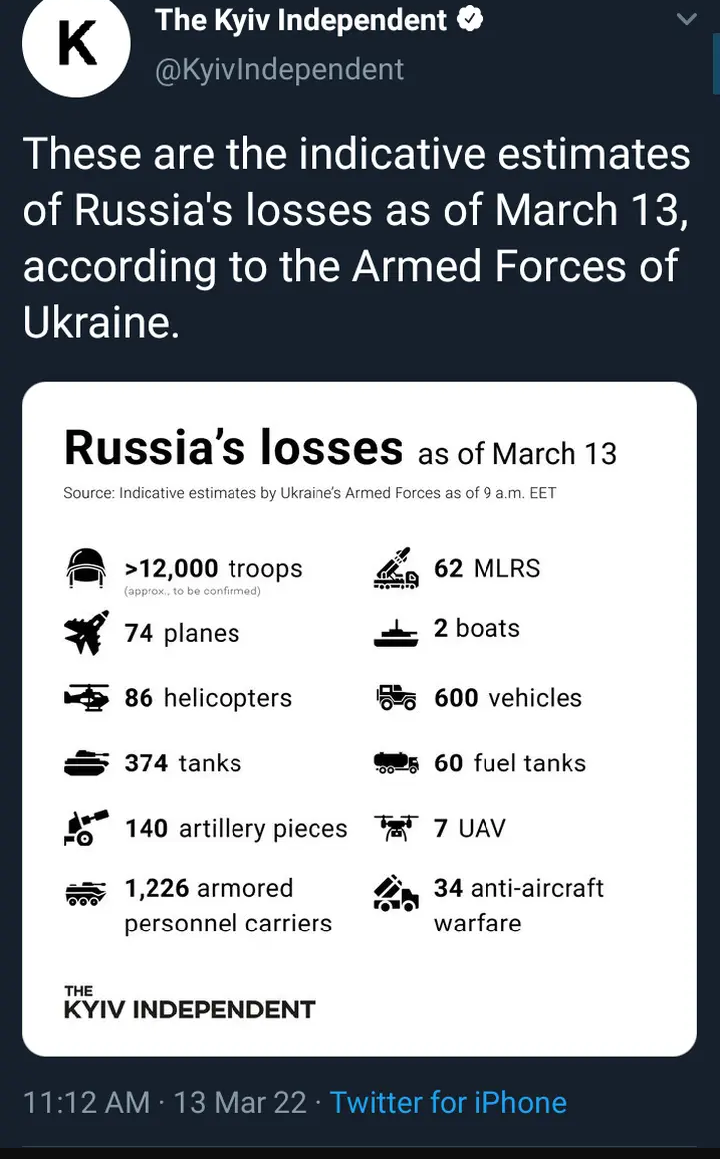 President Vladimir Putin is wary of Volodymyr Zelenskyy's appeal for NATO and the European Union to fulfill their vows to support Ukrainians during Russia's invasion, stating that any country that engages in Russia-Ukraine conflict will be sucked into it.

What are your thoughts on Russia's recent actions and the reported casualties in Ukraine?