The crimes that are committed in this country continue to increase in magnitude with each passing day. The rot and corruption is now deeply rooted in the citizens from the leaders down to the lowest member of the community. 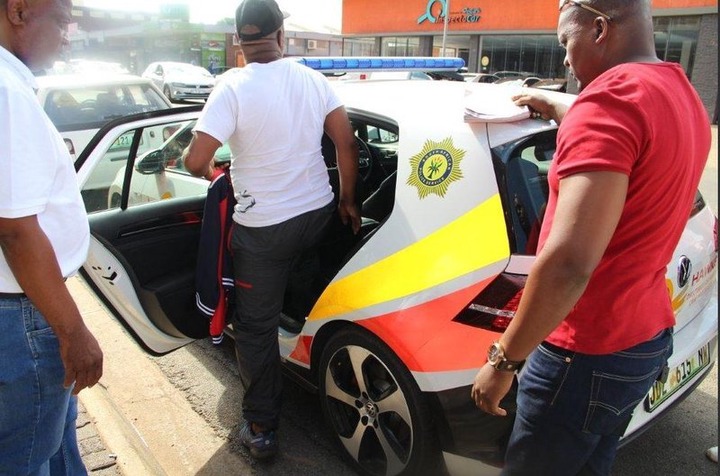 It is now hard to find someone who is honest and trustworthy when it comes to state resources. Public office bearers in particular are proving to be among the most corrupt persons.

They tend to fail the transparency test as they are always found with their hands dipped into the state coffers. Public funds seem to be something that will be rooted the most. Members of the public have now lost confidence when it comes to entrusting public office bearers with resources.

On the 13th of September 2021, a report was published by SAfm News which showed how the law enforcement agents are making follow ups on all those who steal public funds. In the Limpopo Province, two suspects are in police custody after they allegedly stole R25-million from Limpopo government departments.

Yesterday, they made appearances at the Specialised Commercial Crimes Court where their trial got postponed. The two suspects are Walter Mashau who allegedly conspired with a bank employee named Fhatuwani Mudzanani to transfer money from accounts of 2 departments to accounts they created. Mudzanani is also in police custody and is the second suspect in this case. 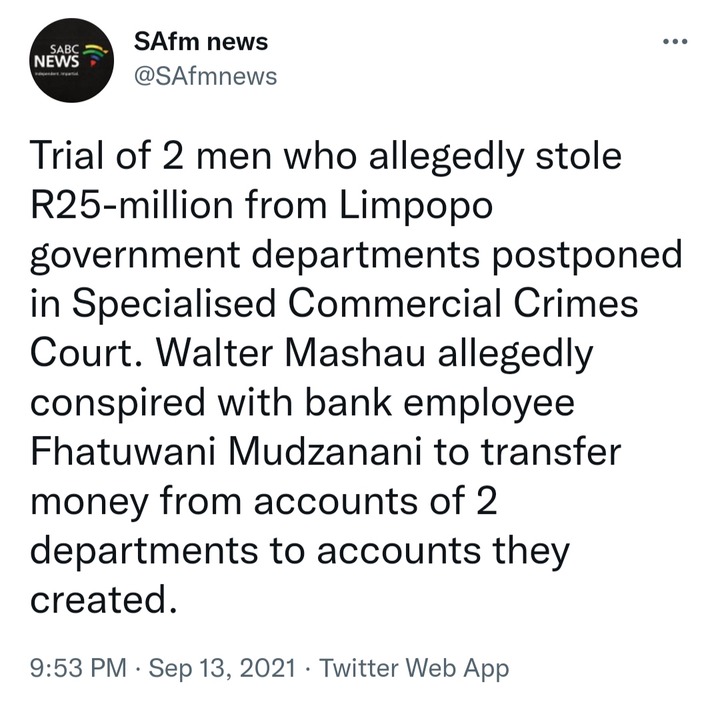 The detectives expressed optimism in breaking the ice in this case as they believe that all public office bearers should be accountable for their actions. A change in behavior and attitude is what is needed in South Africa particularly those who handle public funds. These two suspects depicted the mindset which most politicians have in this country. It is believed that many take up public offices with the aim of self enrichment but that should not be the case.