"When I was growing up, our nation was quite different than it is now. Absolutely not. Nobody is going to have as much fun as I did. Carl Dekel, a veteran of the United States Marine Corps, thinks that "nobody will have the opportunities I had." 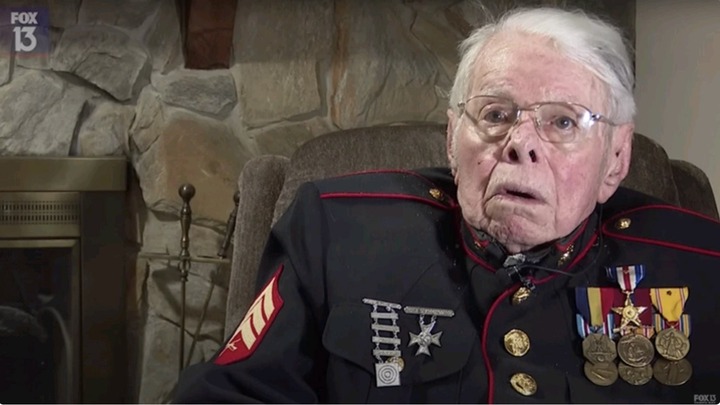 The once-free and affluent country is now "falling down the drain," according to a World War II veteran who bemoaned the situation of the United States while it is under Joe Biden's administration.

Carl Dekel, a Marine and World War II veteran, gave an emotional interview on the occasion of his 100th birthday in which he said that he is incensed by the condition of the nation in light of the sacrifices that he and his fellow soldiers made to protect the independence of the United States.

On Thursday, Dekel expressed his frustration to Fox 13 by saying, "Nowadays, I am so disappointed that the things we accomplished, the things we fought for, and the lads who died for it, it's all going down the toilet." Our nation is "going to hell in a handbasket," as the saying goes. 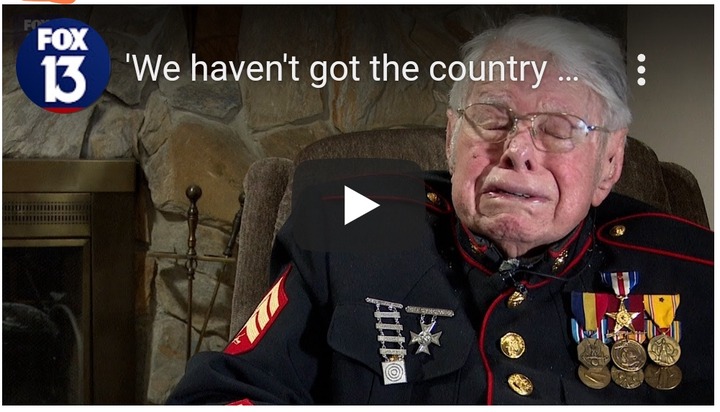 "When I was growing up, our nation was quite different than it is now. Absolutely not. Nobody is going to have as much fun as I did. Nobody else will ever have the chance that I did. "It's simply not the same," he commented after giving it some thought.

"And it is not the reason they sacrificed their lives. Simply not acceptable, he muttered as he fought back his tears. "It's simply not the same," the person said. That was not the purpose of our struggle.

Americans were given some words of wisdom from Dekel while they struggled during Joe Biden's administration.

"You must always keep in mind that each day is lovely. And make the most out of each and every day. Simply take advantage of any opportunity you have, he said.

When it comes to seeing the decline of America, Dekel is not alone.

A recent survey conducted by the Associated Press and the National Opinion Research Center found that 85 percent of Americans, on average across both political parties, believe that Joe Biden is steering the United States of America in the "wrong direction" in the midst of historically high inflation and crushing energy and food costs as we head into the Independence Day weekend.

A curious thing was seen when Mamkhize shared a photo of her most recent appearance on social media.