According to Sergey Kiriyenko, the first deputy head of the Russian presidential staff, NATO and Russia have been at war on Ukrainian soil.

At the Digoria forum for young political scientists' opening ceremony, Kiriyenko, whose remarks were carried by the Russian state-owned news agency TASS, claimed that the West was carrying out a "hot military campaign" against Russia.

He was reported by TASS as adding, "We understand very well that on the land of Ukraine we are not at war with Ukraine and, of course, not with Ukrainians." "The entire NATO group is waging war against Russia on Ukrainian soil and using Ukrainian forces."

Vladimir Putin, the president of Russia, has refrained from referring to his attack on Ukraine as a war and has instead called it a "special military operation." Additionally, he has not made any clear preparations to declare war on NATO, a defensive military organization with 30 members, or to extend the fight outside of Ukraine's borders.

According to Sergey Kiriyenko, the first deputy head of the Russian presidential staff, NATO and Russia have been at war on Ukrainian soil. On June 11, 2021, in Moscow, Russia, Kiriyenko is heard speaking during a briefing at the Presidential Administration.

However, Putin has just issued a warning that "retaliatory strikes" will be "lightning-fast" against any nations who "present a strategic threat to Russia" during the offensive in Ukraine.

A few NATO nations have sent Ukraine military help and weapons. As Ukraine's military forces reported a number of successful attacks on Russian targets in recent weeks, attention has been drawn to High Mobility Artillery Rocket Systems (HIMARS) supplied by the United States.

According to The Wall Street Journal, Russian Foreign Minister Sergey Lavrov cautioned in an April interview with Russian state television that NATO was essentially waging war on Russia through a proxy and arming that proxy because the West was arming Ukraine.

According to TASS, Kiriyenko further charged that the Ukrainian government allowed its nation and citizens to act as a NATO proxies.

He claimed that they did so in an effort to create a fundamental confrontation between the West and Russia on that land. "They offered the territory of Ukraine and the people of Ukraine," he stated. "Of course, NATO will be joyfully waging war against Russia to the last Ukrainian and without a trace of regret, as they themselves do not hesitate to announce."

Russian official television has said the nation is prepared for a direct clash with NATO ever since the start of the conflict. However, U.S. Secretary of Defense Lloyd Austin stated in May that he thought Putin might not be willing to take the risk of an attack on the alliance. 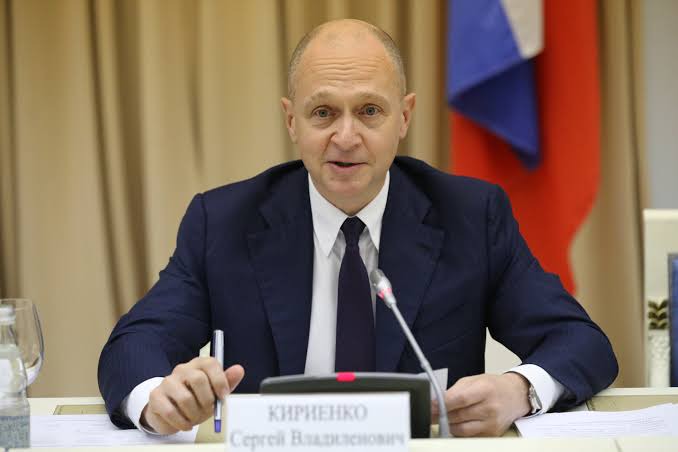 The situation would alter if Russia decided to attack any NATO member country, according to Austin.

Austin and Joint Chiefs of Staff Chairman General Mark Milley spoke before the House Appropriations Subcommittee on Defense. "If Russia decides to strike any nation that's a NATO member, then that's a game changer," Austin said.