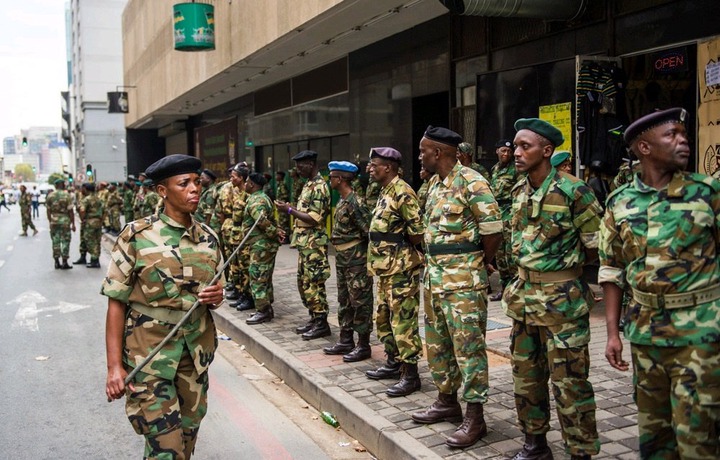 A comrade in the African National Congress has now revealed that the vast majority of persons claiming to be former MK troops were never members of the Umkhonto Wesizwe Military.

This comes as military veterans, including some from the Umkhonto Wesizwe, demand pay for their roles in the anti-apartheid struggle.

War veterans say that the government owes them R2 million in compensation as well as monthly benefits. They argue that their lives have been the most difficult since they have been unable to attend school or find meaningful work in a democratic South Africa.

However, the majority of these folks, according to the ANC comrade, were never MK troops. Even his RET comrades, he claims, will never confess that, but it is true.

"90% of MK soldiers were SDUs, not MKs. Part of the collapse of eThekwini and Pietermaritzburg is due to MK demanding a pay cut or employment, which my RET people refuse to acknowledge.

I'm not sure if they were successful in seizing control of the Pixley KaSeme Hospital's security "ANC colleague stated.

Some comrades claiming to be former MK soldiers are accused of bringing down the municipalities of Umgungundlovu-Pietermaritzburg and eThekwini.

They are said to have done so by robbing municipalities of their flats and receiving salaries from them, but when they are unemployed, they demand and receive jobs.

Official statement: Mam'Mkhize responding to the assault allegations made by Sithelo Shozi

"These allegations are false," says Mamkhize about Sithelo being abused by her son Andile Mpisane