Sincere condolences to the families and all fighters. It's difficult to lose some committed young and militant combatants. We salute them for dying with their boots on, and may their souls rest in peace. On Monday, May 23, the Fighters were killed in a car accident. When the four fighters, as they are affectionately known, met their terrible ends, they were returning from formal organizational work. They died when the bakkie they were riding in overturned near Vaalbank in Kwa-Mhlanga. 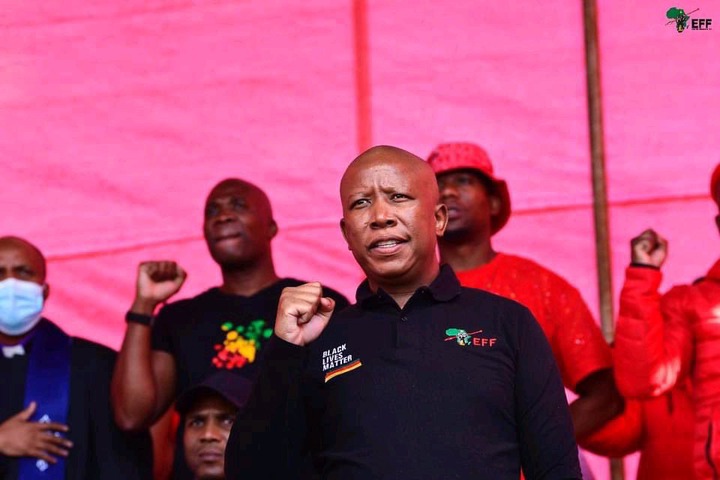 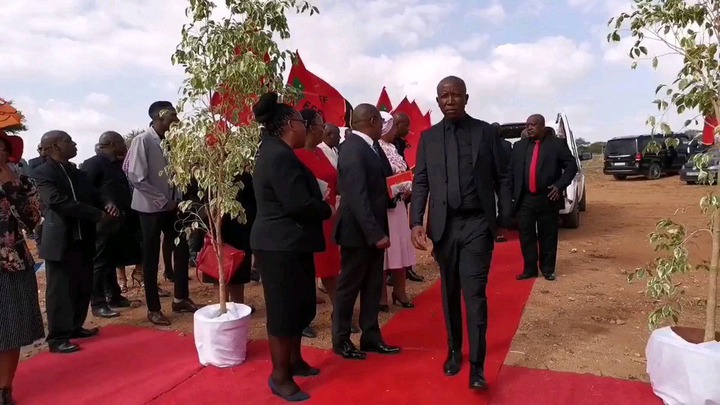 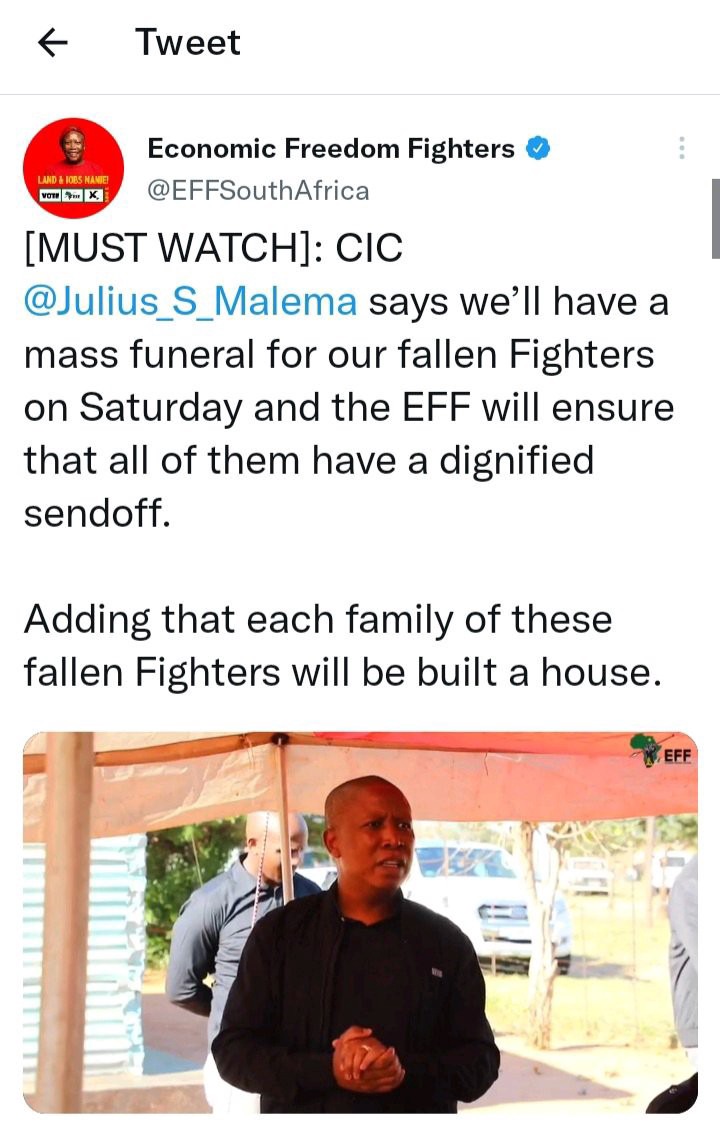 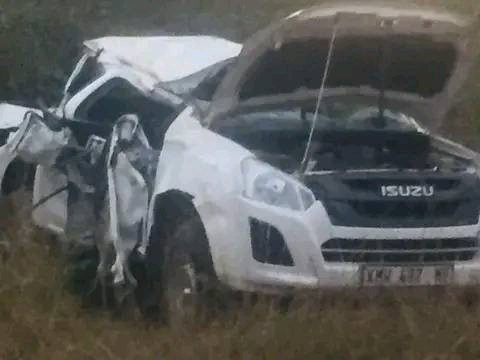 This bakkie was used by the Four Fighters on their journey.

Julius Malema, the EFF's Chief Fighter, has said that the party would have a mass funeral for their slain fighters on Saturday, adding that the EFF will guarantee that everyone receives a respectful send-off. He went on to say that everyone of the slain Fighters' families would be given a home. These Four Fighters, according to Malema, did not pass-on doing stupid things, but rather organizational labor. As a result, they must accord them a respectful send-off.

The CIC deserves praise for such a generous gesture. When it comes to its members, the EFF is undoubtedly about dignity, cohesion, family, and oneness. That, right there, is great leadership.

Meanwhile, the EFF has denounced the state of Mpumalanga's roads and has asked the government to help.