Members of operation dudula is becoming a nightmare to many immigrants who are often targeted by the group over their continuous influx into the country. The group has expanded its operation across the country and this has strengthen their synergy with local citizens of South Africa. 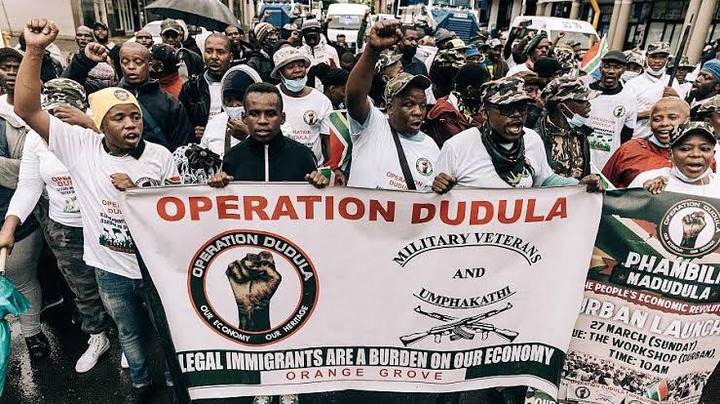 The group have held several protest in different cities and villages across the nation and they have recorded successful campaign in the fight against illegal immigration despite opposition coming from some South Africans and targeted foreigners.

In an emerging report, a Zimbabwean man known as Ngixwayile on Twitter has lamented over the activities of operation dudula aimed at kicking out illegal immigrants from South Africa.

He warned South Africans will one day realize that Operation dudula is a clandestine movement set up to lead an ultimate war between South Africans and foreigners but by then it might be too late for them to deal with.

According to Ngixwayile's statement on Twitter and it reads:

#SkeemSaam|Viewers reacts after Khwezi found out that she is pregnant

Somali President To Isolate After Testing Positive For Coronavirus