Following the publication of a photograph showing a severed head impaled on a pole, Russian forces have been accused of committing other atrocities. According to the story behind the shot, it was taken one month ago in Popasna, a town in the Donbas that is currently under Russian occupation. The image depicts a house with a sloping roof and an untidy garden. There is a sign that reads "21 Nagorna Street" that is attached to a wall. There is a stick in the garden that has a decomposing head impaled on it in one corner of the space. Behind it, on smaller stakes, are two hands that have been cut. It is believed that the photograph was taken toward the end of the month of July. 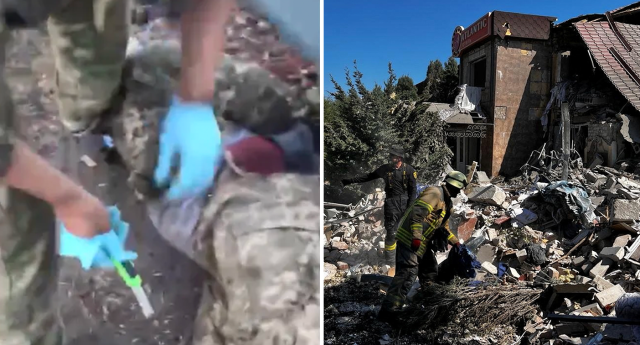 At the beginning of May, the Ukrainian army withdrew from the Popasna region. During the month of July, Russian forces were successful in seizing the whole province of Luhansk, including Popasna. "Russians are not even really close to being human. According to Serhiy Haidai, the governor of Luhansk in Ukraine, where Russia had taken control of by the month of July, "We are battling with non-humans." 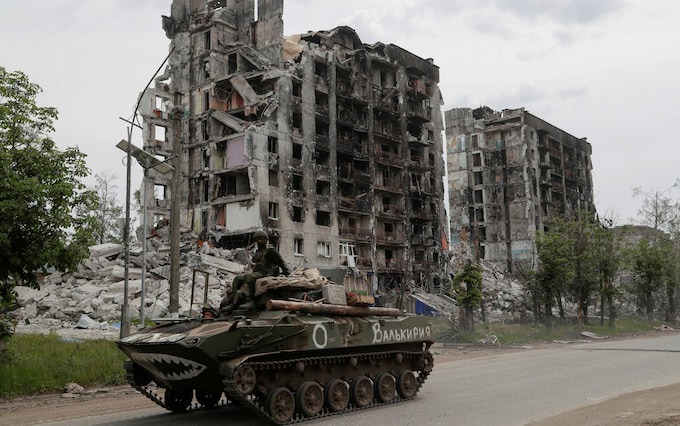 The Russian government has not issued a statement regarding this matter. Since the Russian Federation and its allies invaded Ukraine on February 24, they have been accused of committing various war crimes. A video surfaced online in December showing a Russian soldier using a knife to castrate a prisoner who was being held in Ukraine.

There have been allegations that Russian troops committed rapes and murders against hundreds of civilians in commuter towns located north of Kyiv. The images that emerged from Bucha, in particular, sent shock waves throughout the world. These images included shots of dead people laying in the street and mass graves that were left behind after the Russians retreated. In addition to this, Moscow has been responsible for the bombing of civilian targets, the execution of prisoners of war, as well as the kidnapping and forcible deportation of individuals.

Is the Chinese president being removed by a military coup ?

We have no one but God. An elderly relative cried as mourners paid their respects