On Wednesday, May 18 at Simons Town, the first of three new multi-mission inshore patrol vessels (MMIPVs) developed under Project Biro was delivered to the South African Navy (SAN). The delivery of P1571 (future SAS King Sekhukhune I) ushers in a new era for the South African Navy and the local shipbuilding industry. In February 2020, Damen Shipyards Cape Town (DSCT) laid the keel for the first vessel. P1571 was escorted and given a water salute by tug Inyathi as it entered the Outer Bullnose at Naval Base Simon's Town, crewed by DSCT troops (also built by DSCT and delivered in 2014). 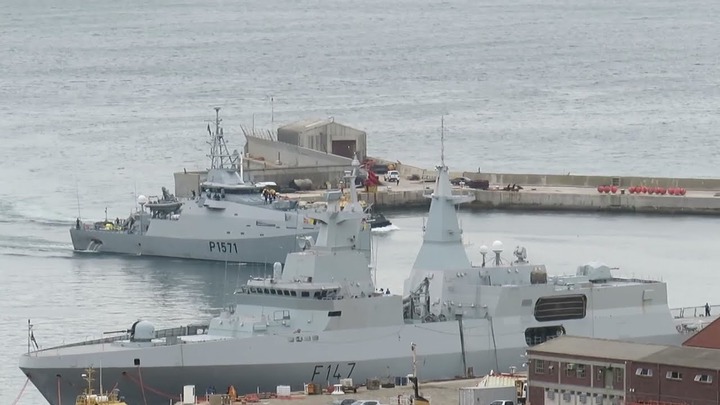 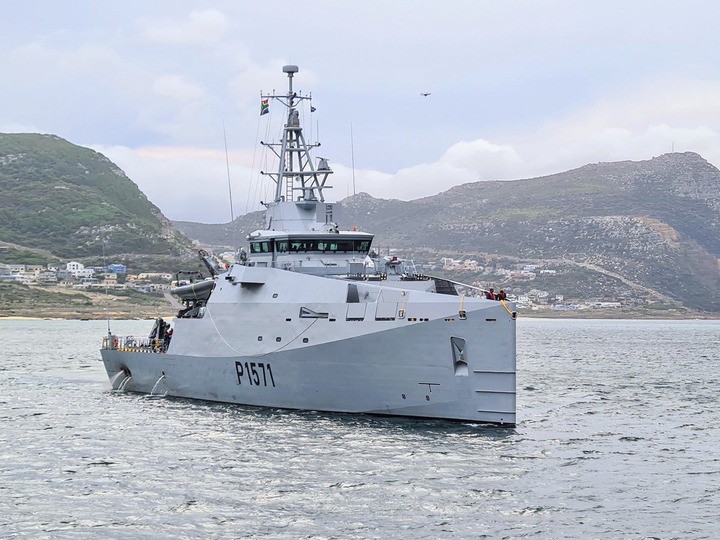 Following the Flag Ceremony, the new crew boarded the vessel for the first time as a South African National Defence Force asset. The three new vessels, according to Hlongwane, would be multi-role and will be employed for duties such as mine countermeasures, deep diving training, search and rescue, submarine torpedo recovery, humanitarian assistance, and anti-pollution. As the older strikecraft are retired, the new MMIPVs will be integrated into the SAN. 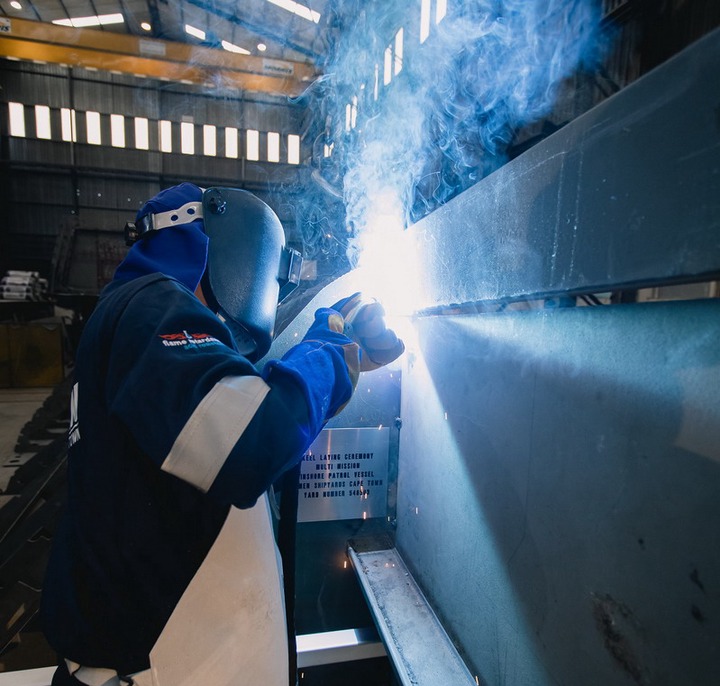 SAS Galeshewe was the first to be deactivated. P1571, along with the crews of the retired mine countermeasures (MCM) vessels, is currently manned by them. SAS Isaac Dyobha, the next strikecraft to be decommissioned, will form the crew for P1572, with SAS Makhanda's crew going to the third vessel (P1573). However, because SAS Makhanda still has some life left, she may be kept for training purposes. The arrival of the first MMIPV, according to Hlongwane, "means a lot because we're straining to patrol our waters." 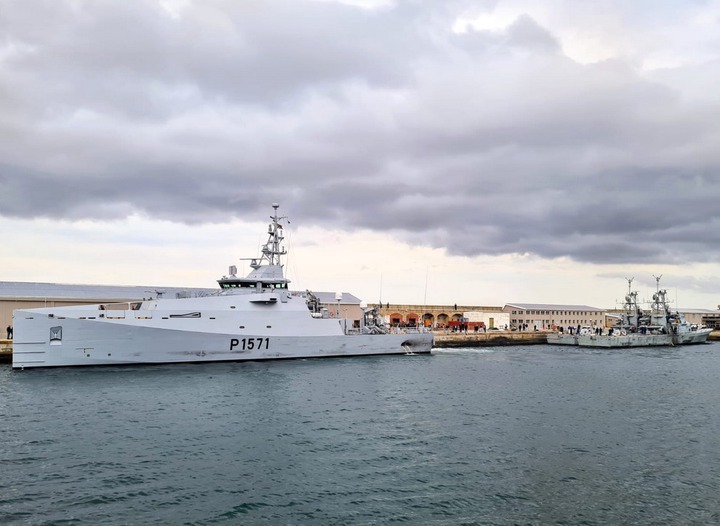 If this crew is currently on board, it implies we'll be able to monitor our waterways with the necessary presence and deterrence." The Navy compromised for three inshore patrol vessels due to budget restrictions. Project Biro was supposed to have six inshore patrol vessels and six offshore patrol vessels. The SAN has already completed an appraisal evaluation in order to exercise a fourth MMIPV option, but formal clearance has yet to be acquired. The purchase of offshore patrol vessels has been postponed. Minister of Defence and Military Veterans Thandi Modise told defenceWeb that the first MMIPV delivery is "a good milestone." 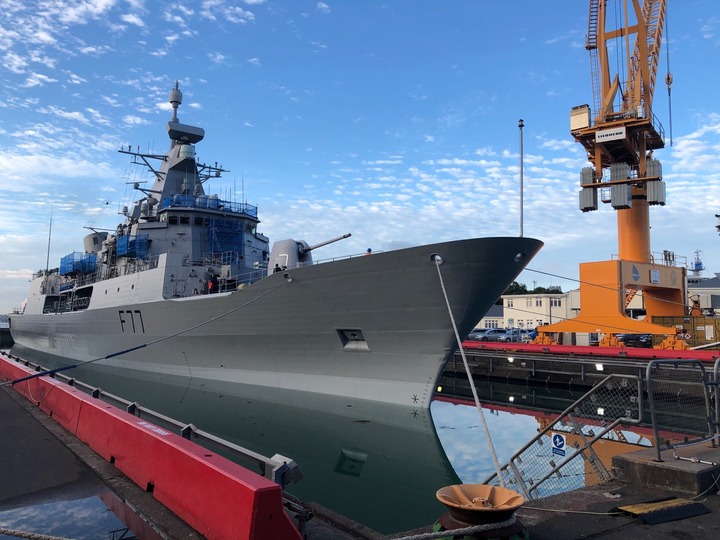 "It means we're hoping ramping up the pace to renew the National Defence Force, to renew and be able to say we're better protecting South African waterways, sovereignty, and resources," she explained. "It will allow us to perform all the Navy is supposed to do for South Africa," Modise added. "Obviously, given our responsibilities in the region, we won't keep the ship just for ourselves." If Chief Joint Ops gets his way, we'll be deploying the ship for even more than we anticipated." 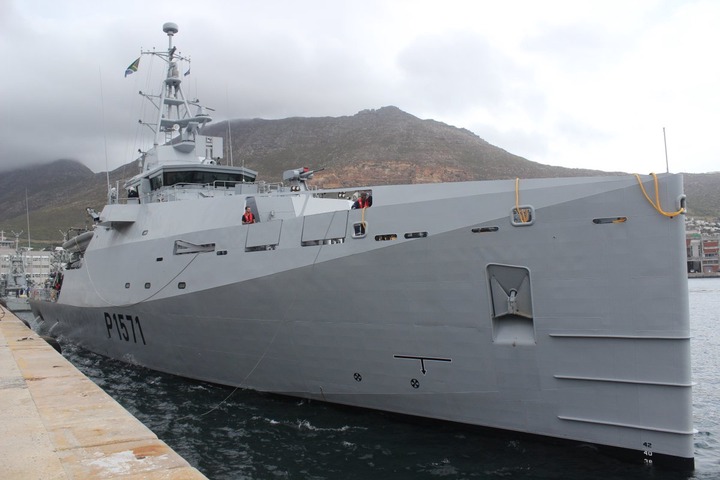 P1571 will be officially commissioned into the SAN on June 15 in Durban, under the command of Commander Jabulani Mashamba. The second MMIPV will be launched in September 2022 and delivered in April 2023, while the third will be delivered in April 2024. All three MMIPVs are based on the DSCT Stan Patrol 6211 design. The 750-ton vessels are 62 meters long and have a range of 2 000 nautical miles at 20 knots. Each vessel is equipped with a Reutech 20 mm Super Sea Rogue marine gun and a Reutech FORT (Frequency Modulated Optical Radar Tracker) Low Probability of Intercept (LPI) optronics radar tracking system, as well as a 9 m and 7 m RHIB (rigid hull inflatable boat) for boarding operations. 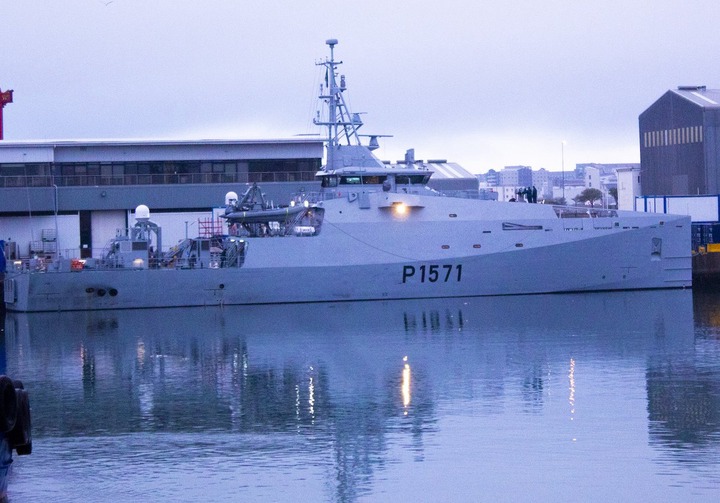 She has a crew of 49 people (including eight officers), with room for another 14 people. Special containers can be put on the aft deck to provide additional lodging or mission equipment. By awarding contracts to a significant number of local suppliers, DSCT has exceeded Project Biro's 60 percent local content standards, and many of these suppliers are now slated for work on Damen projects in and outside of South Africa as a result of their work on Project Biro. According to the South African government's Operation Phakisa goals, the initiative has created over 300 direct jobs and over 1000 indirect jobs.