By Alupheli. (self media writer) | 8 months ago 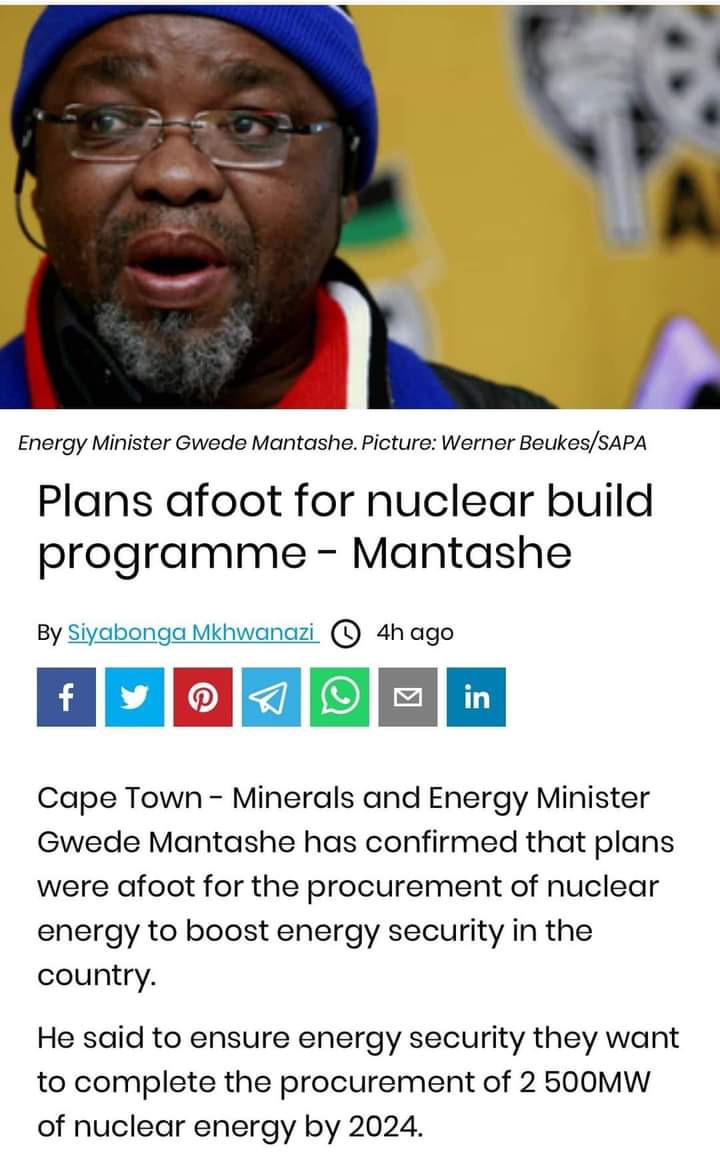 The issue of nuclear is deeper, political and older than you can imagine.

When the ANC came back from exile and was going to take over and run government, South Africa had nuclear weapons nuclear programme that produced the Koeberg Power Station in Cape Town.

Due to the ANC being a Russian alley, the apartheid regime instructed that the nuclear weapons be destroyed and the nuclear programme be stopped so that the incoming ANC government can by no means work with nuclear or acquire nuclear knowledge thereof.

Indeed the nuclear programme that was operating at the north of Pretoria was stopped hence it was declared as Phelandaba meaning the end of it. However the truth about the nuclear weapons is that they weren't destroyed, rather they were given to Israel.

Under Zuma, South Africa embarked on nuclear energy procurement. Zuma knew that once we procure nuclear energy, obviously we will acquire the knowledge too and with nuclear knowledge we have power, that's what Zuma wanted to give you, power.

On the other hand Britain, France, Germany, U.S and Italy refused to transfer skills, they wanted to build and leave, leaving French and German manuals so that they can secure lifetime consultation and management contracts...they refused to share their knowledge be because that would threaten their grip over South Africa and Africa because South Africa would then transfer those skills and knowledge to African countries and thus freeing up the whole continent from colonial bondage without even firing one bullet.

What Ramapauser is giving to France is what president Zuma wanted to give you, your power.. 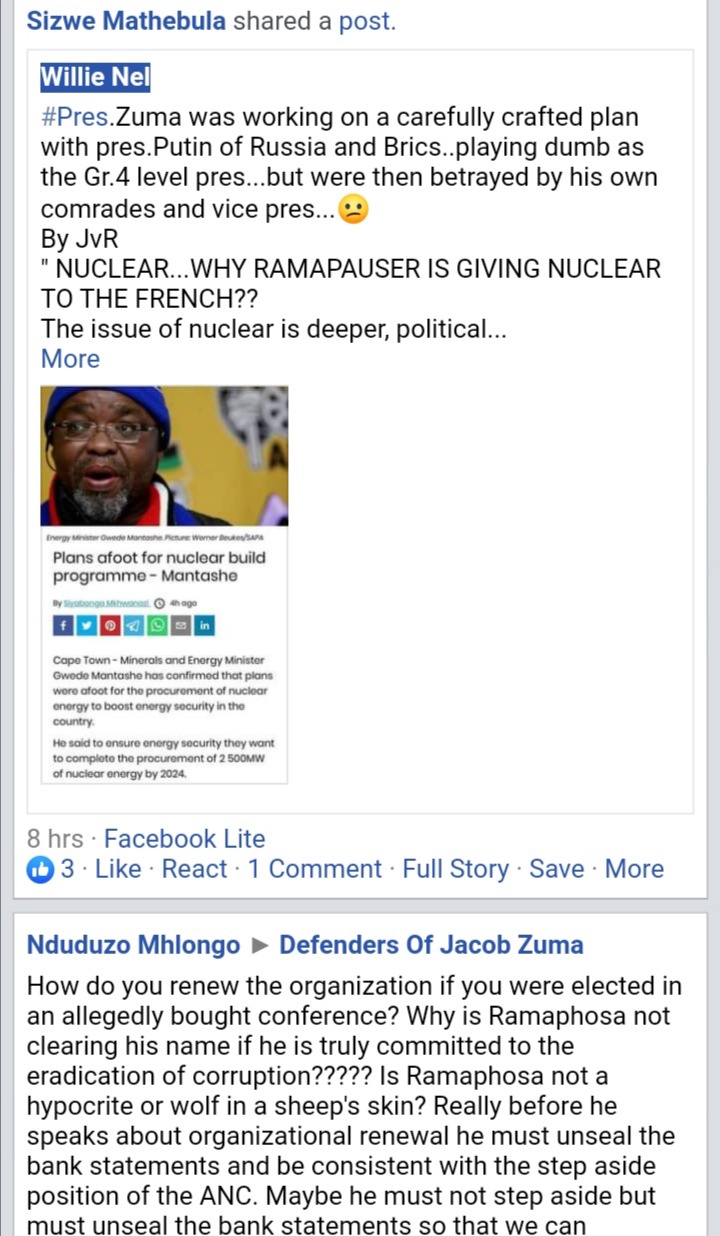