As Russia focuses its attack on the industrial Donbas region, Russian forces launched offensives on cities in eastern Ukraine on Wednesday, with incessant mortar fire demolishing multiple houses and killing residents, according to Ukrainian officials. Russia is attempting to conquer the rest of the separatist-claimed Donbas' two provinces, Donetsk and Luhansk, and trap Ukrainian forces in a pocket on the main eastern front, after failing to seize Kyiv or Ukraine's second city, Kharkiv.

The city of Sievierodonetsk, on the east bank of the Siverskiy Donets River, and its twin Lysychansk, on the west bank, have become important battlefields in the easternmost region of the Ukrainian-held Donbas pocket. To encircle them, Russian forces advanced from three directions. The Russians launched an onslaught on Sievierodonetsk early Wednesday, according to President Volodymyr Zelenskiy's administration, and the town was under incessant mortar fire. 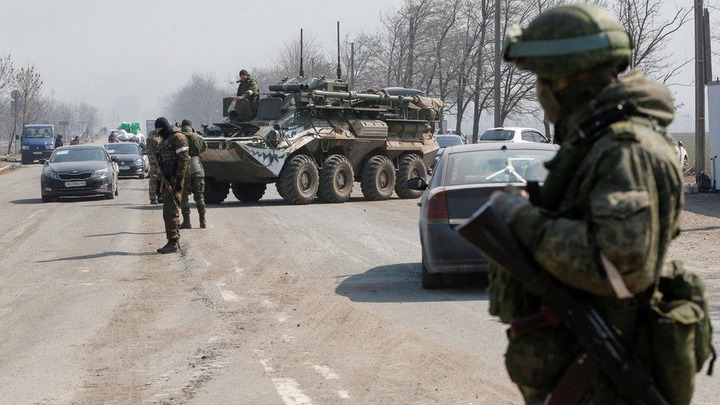 Six civilians were murdered and at least eight were injured in Sievierodonetsk, according to Serhiy Gaidai, the regional governor of Luhansk. "At the present, the Russian occupants are striking Sievierodonetsk with artillery support," Gaidai added. Ukraine's military said it repelled nine Russian attacks in the Donbas on Tuesday, in which Moscow's troops used planes, rocket launchers, artillery, tanks, mortars, and missiles to kill at least 14 civilians. The information regarding the fighting was not immediately verified by Reuters. Many inhabitants in the town of Sloviansk, west of Donbas, took advantage of what Ukraine called a gap in the Russian attack to flee. "My house was blasted, and I have nothing," said Vera Safronova, who was sat among the refugees in a train cabin.

Along with the eastern Donbass region, Moscow has set its sights on southern Ukraine, blocking ships that would typically transport Ukrainian grain and sunflower oil through the Black Sea, driving up world prices and endangering lives. "It cannot be in Russia's interest that people die of hunger abroad because of Russia," European Commission President Ursula von der Leyen told Reuters at the World Economic Forum in Davos on Tuesday, urging for discussion. Russia, which has blamed the food crisis on Ukraine and the West, said it was willing to offer a humanitarian passage for ships carrying food to leave Ukraine in exchange for the lifting of Western sanctions. According to Interfax news agency, Russian Deputy Foreign Minister Andrei Rudenko said that overcoming the food crisis required a "holistic strategy." He claimed Russia has spoken to the UN and "does not rule out the potential of global discussions to unlock Ukraine's ports." Separately, Russia's defence ministry said the port of Mariupol, which Russia seized last week following a three-month siege and deadly bombing, was running smoothly. Rudenko stated that establishing a Russian military facility in Ukraine's Kherson region, which is near to Crimea, which Moscow seized from Ukraine in 2014, was premature.

Three months into the invasion, Russia has made only minor gains in exchange for its heaviest military losses in decades, while much of Ukraine has been ravaged as Moscow has increased artillery bombardment to compensate for its slow progress. Sergei Shoigu, Russia's defence minister, said Russia was purposefully moving slowly in its "special operation" to avoid civilian casualties, which Zelenskiy dismissed as "completely unreal." 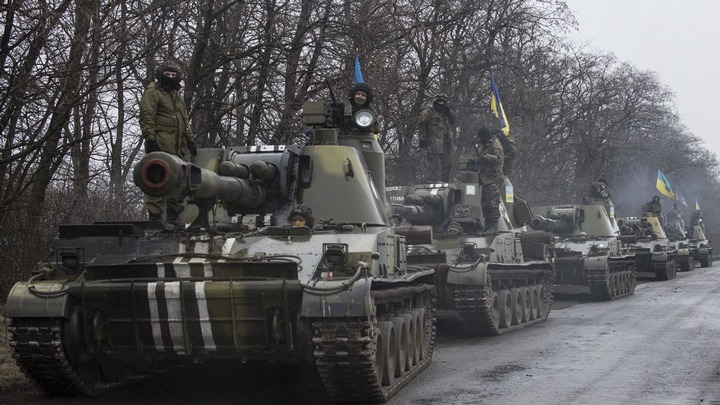 Western nations have slapped harsh sanctions on Russia, and the Biden administration has decided not to extend a waiver that allows Russia to pay US bondholders, which is slated to expire on Wednesday. This might force Moscow closer to default. Moscow, unlike most default circumstances, is not short on cash. Due to high energy prices, Russia's debt repayment obligations pale in comparison to its oil and gas income, which totaled $28 billion in April alone. According to a government internet portal, Russian MPs have given their initial assent to a bill that would empower Russian businesses to take over international companies that have left the country in protest of Moscow's actions in Ukraine.

Marks & Spencer MKS.L, the British retailer, became the latest to declare its complete withdrawal from Russia on Wednesday, taking a charge of 31 million pounds ($39 million). Zelenskiy told the Davos event that the problem could only be resolved by direct discussions between him and Putin, and that Russia should return to the lines drawn up before the invasion on February 24. He stated, "That may be a first step toward negotiations." Estonia's prime minister, who is concerned about Russian aggressiveness, said Ukraine should not be pressured to make concessions. "Giving in to Putin is far more hazardous than provoking him. All of these ostensibly little concessions to the invader result in major wars. We've already made this error three times: in Georgia, Crimea, and Donbas."

Healthy Reasons Why You Should Eat Cucumber Regularly

An Italian Club Is Interested In Orlando Pirates Target - Reports