A vital supply route for PUTIN's soldiers has been cut off after yesterday's "unknown individuals" railway bridge explosion.

The eastern Ukrainian cities of Melitopol and Tokmak were connected by the bridge that was attacked by saboteurs in the Zaporizhzhia region. According to reports, "rashist" soldiers had utilized it to transport military supplies. The political philosophy and social practices of the Russian government under Putin are typically denoted by the letter "Z," and they are referred to as "rashist" by Ukrainian forces. 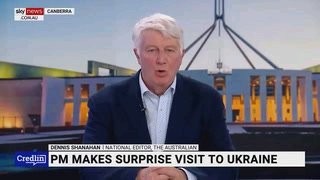 Russian trains and other forms of transportation in Ukraine frequently display the "Z" symbol, making the invading force easy to spot. The Special Operations Forces of Ukraine reported the incident on their website, Sprotyv.

The statement in the report read: "This afternoon, we have learned that a railway bridge connecting Melitopol and Tokmak was bombed.

"The explosion happened in Liubymivka, a community that was under occupation.

"Rashids used this railroad connection to send military supplies and weaponry by train to the front lines."

The sabotage comes after it was claimed that Ukrainian forces successfully launched over 30 attacks against a Russian military supply base in Melitopol. 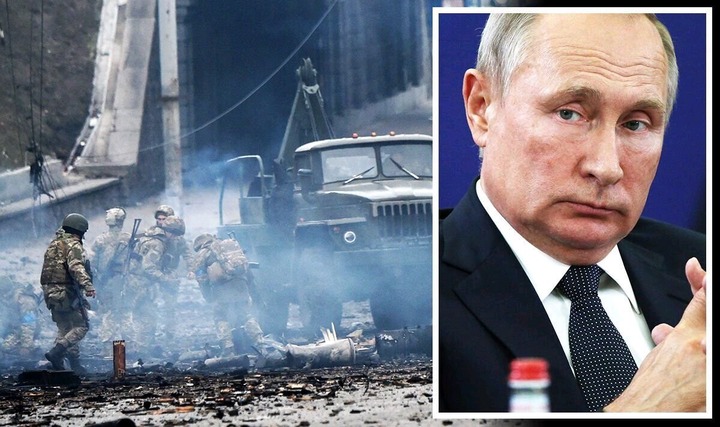 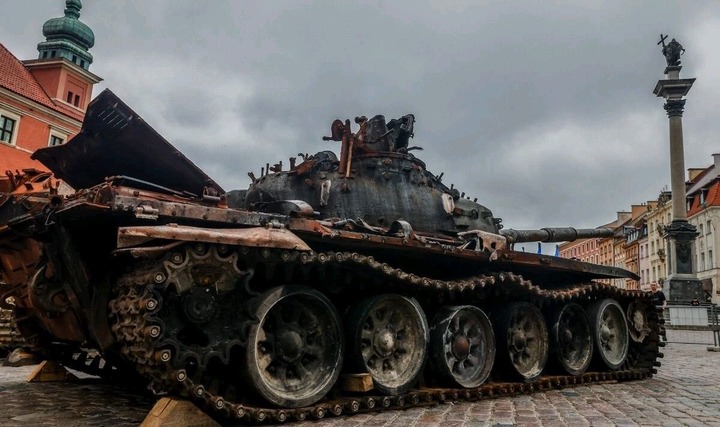 During the conflict, Russia has lost hundreds of cars (Image: Getty)

The assertion was made by the exiled mayor of the city, and it was later backed up by a Russian-installed official. Ivan Fedorov, the mayor of Melitopol, who is now on Ukrainian soil, posted on Telegram that there were around 30 strikes on a single military base between 3 and 5 o'clock (0000 GMT) and 5 o'clock (0200 GMT).

"Taken out of action" refers to the military's airborne logistics facility.

Later, he explained on television that Russia had kept ammo for its heavier weapons at the site.

He stated: "At this base, they managed the logistics of ammunition for big weapons."

"At this time, the situation has not cooled down (and) everything is still exploding," he continued.

Social media videos appear to show that the Melitopol Air Base was still ablaze on Monday afternoon. 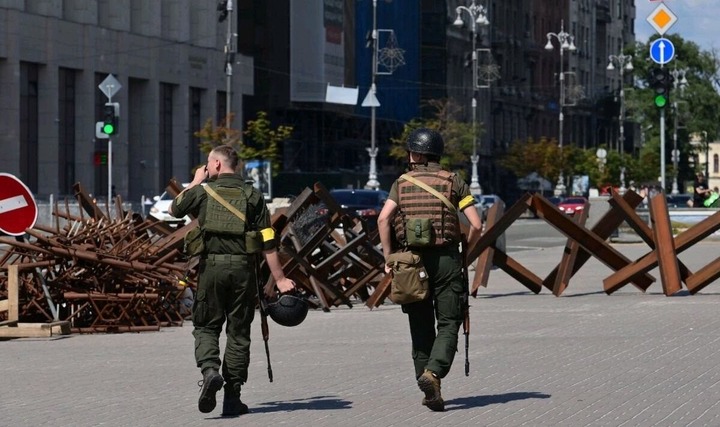 The invaders are still being repelled by Ukrainian soldiers. (Photo: Getty)

According to reports, the strikes have rendered inoperable 15 Russian jets that were stationed at the base.

"At the present, the invaders are trying to cause provocations [saying] that quiet regions were shelled, the civilian population was impacted, and the city infrastructure was destroyed," Mr. Fedorov continued.

This did not take place!

"The Ukrainian Armed Forces are making every effort to restore Melitopol to a state of peace and Ukrainian sovereignty. The occupiers' only option is to leave our city.

A Russian armored train carrying ammunition derailed on Saturday near Melitopol as a result of additional opposition activities, according to Mr. Fedorov.