By Heist.money (self media writer) | 2 days ago 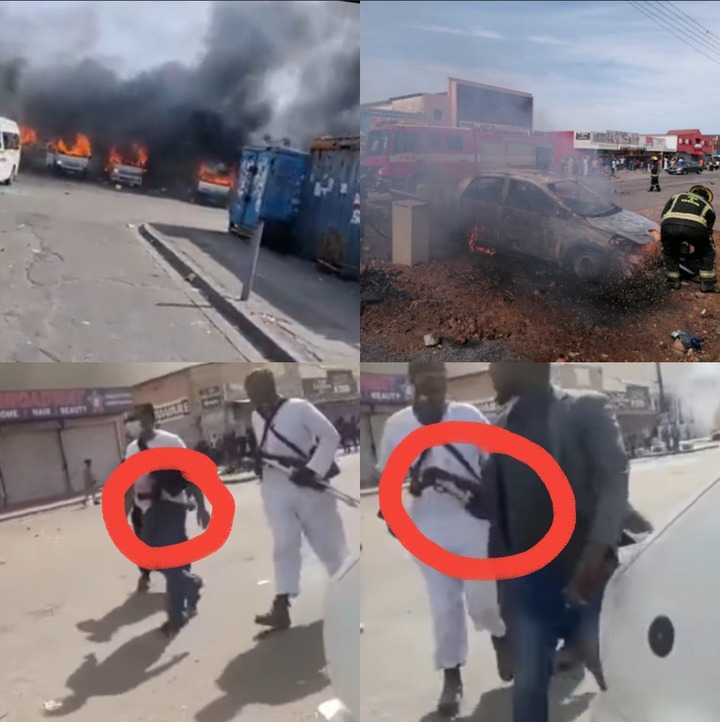 The video footage shows an incident where a taxi driver was involved in a fight against a Somali national, who did something that he shouldn’t have done which completely set people on a rampage.

Where we saw them destroy some of the property of the Somali nationals however it is also alleged that several taxis were completely set on fire, now shops are destroyed and it seems like more shop owners are gathering in solidarity to protect their shops with their weapons.

The incident occurred earlier today in Durban and it shows us that this is something that should not be happening in the country especially at this time, because we tend to see such outbursts from ordinary members of the public spiralling out of control where we see the intervention of the soldiers being mandatory in order to bring calm. 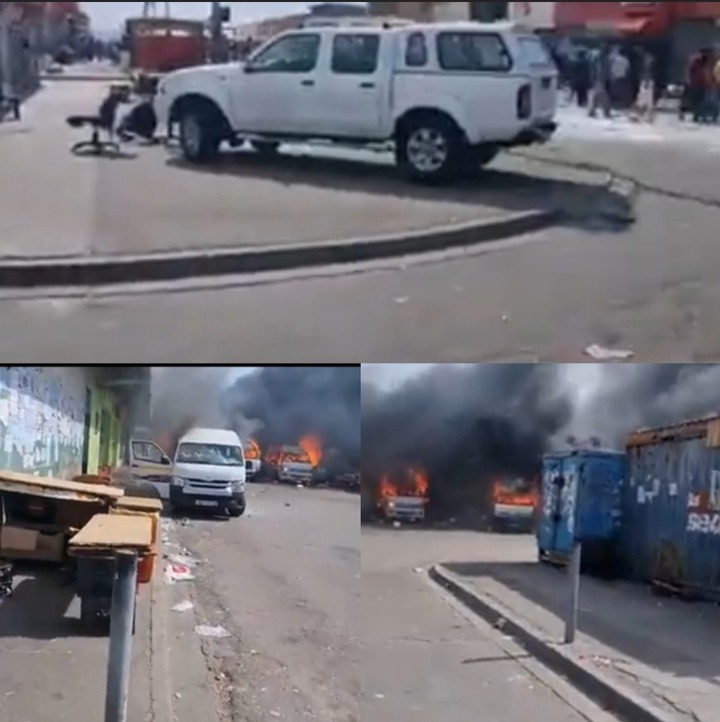 The chaos took place on Durban Road, Korsten, where pedestrians, shoppers and motorists took cover for safety when the violence started. A lot of vehicles were destroyed in the fire and the shops by the public that was observing the whole incident, they lost their temper when the Somali national pulled a gun on q taxi driver and opened fire.

The two men had allegedly got into an accident and then began to argue about who was at fault, the whole thing got violent when insults were said and the guns were taken out.

The people who were in the vicinity then went on a rampage where they were seemingly defending the taxi driver against the Somali man, and this video surfaces later showing us that the Somali armed themselves to protect their shops.

The violence is not something that is new and all the time it gets really violent before things get better, South Africa is turning into a playground for criminality where were see just about anyone pulling a gun on another ordinary citizens. 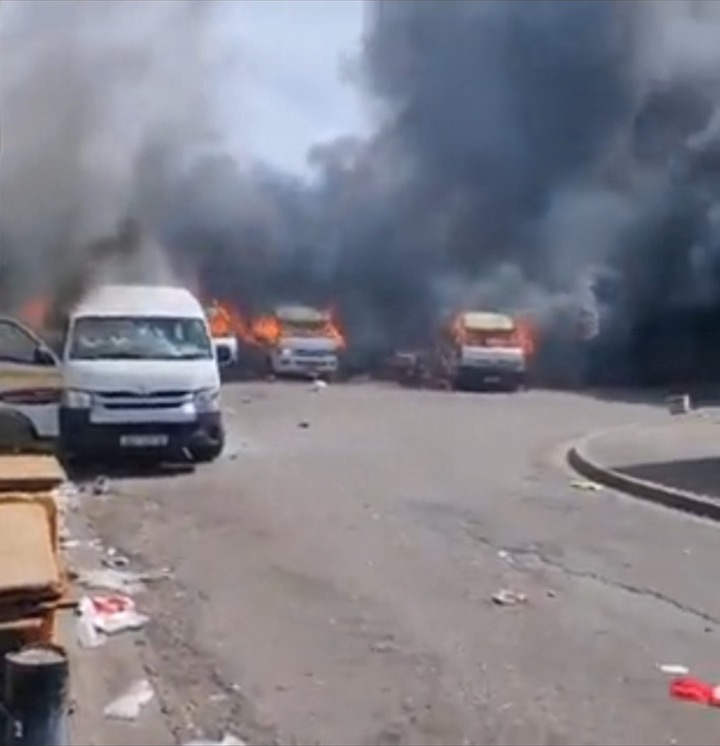 Photos of a young man crazy in love doing the unthinkable

Stop chasing her -See 3 tips & tricks to make your "Ex" beg for your attention.

Eat well with the recipes inside