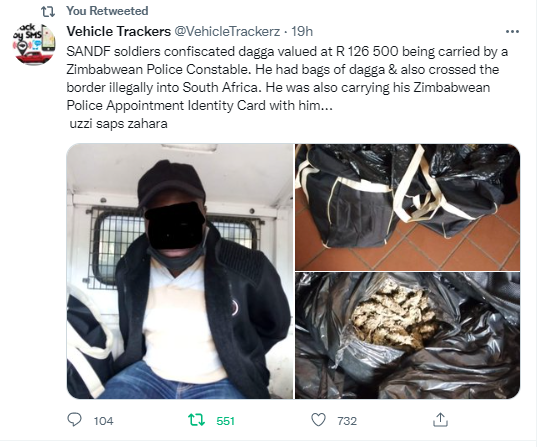 After getting a tip from his Intelligence Officer, the Officer Commanding 10 Anti-Air Regiment, Lieutenant Colonel Ntsieng, told his Company Commanders what was going on. The Company Commanders then told their troops on the ground what to do. It wasn't a big surprise when soldiers doing a "Way-lay operation" in the Gumbu 1 area found what they thought were two high-end cars that were trying to sneak across the border into Zimbabwe. When they got close to the cars, the drivers got out and ran across the border into Zimbabwe. The cars were identified as a Toyota Hilux GD6 Legend 50 worth R 850 000,00 and a Toyota Fortuner 2020 worth R 900 000,00. Both cars were found by the Vehicle-Theft Unit of Thohoyandou. 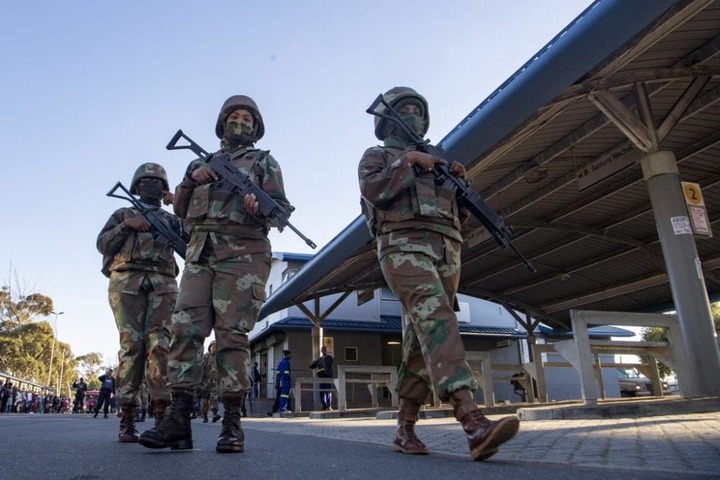 At the same time, at Echo 3, on the western side of Beitbridge Port of Entry, soldiers stopped a Zimbabwean Police Constable who was carrying dagga worth R 126,500. The Zimbabwean police officer had dagga on him and had crossed the border into South Africa without permission. He also had with him his Zimbabwean Police Appointment ID Card.

On the other side of the border, other members of the 10 Anti-Air Regiment found illegal cigarettes worth R262,017-00 and took them away. Officer Commanding Joint Tactical Headquarters Limpopo Colonel Choene Samuel Mabotja was very happy and told the group that they had done a good job. 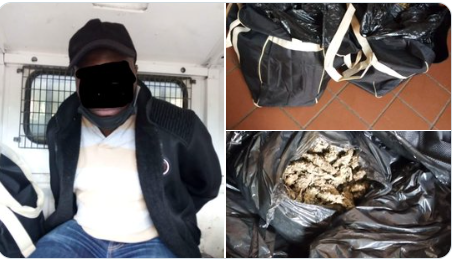 “SANDF soldiers confiscated dagga valued at R 126 500 being carried by a Zimbabwean Police Constable. He had bags of dagga and also crossed the border illegally into South Africa. He was also carrying his Zimbabwean Police Appointment Identity Card with him.”