Security in Kenya's capital, Nairobi, and other cities in the country has been stepped up after several European countries warned that there was a risk of attacks.

On Friday, heavily armed police officers were patrolling the streets of Nairobi. There was also a lot of tight security outside government buildings, public buildings, and shopping malls.

"We can tell you that the security of Kenyans, including critical infrastructure, is being tightened all over the country, especially in the cities," said police spokesman Bruno Shioso. "We encourage Kenyans to remain calm and report any suspicious activities to the police." This is what he said. 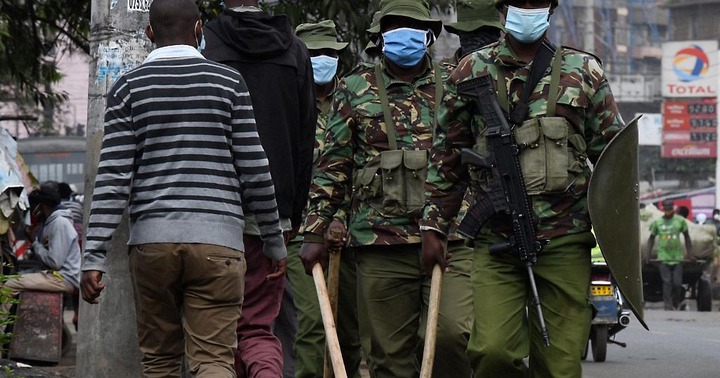 The French embassy in Kenya has warned its citizens about a "high risk of attack" in Nairobi in the next few days. They have told them to stay away from places that are popular with foreigners, like hotels, restaurants, and shopping centers.

The French Foreign Ministry has said that there is a "real risk" of terrorist attacks in Kenya against places where foreigners go to visit. On its website, the ministry said that "people in Kenya should be very careful" and "avoid going to these public places in the coming days and this weekend."

The German embassy warned its citizens in the same way. The Dutch embassy said it had been told about the possible threat by the French and that the information was "credible."

From 2011 to now, Kenya has been the target of a number of deadly attacks, including against the Westgate shopping mall in Nairobi in September 2013 (67 people died), the University of Garissa (east) in April 2015 (148 people died), and the Dusit hotel complex, also in Nairobi, in January 2019. (21 dead).

A group linked to Al Qaeda called the Shebab in January 2020 and said that Kenya would "never be safe," which is what the group said. When the African Union Mission in Somalia (Amisom) pushed the Shebab out of Mogadishu in 2011, Kenya sent a lot of troops to help with that. In the countryside, the Shebab still control a lot of land, and they often attack Somalia's capital, Mogadishu.

Following the disclosure of this information, all vaccinated individuals received disappointing news