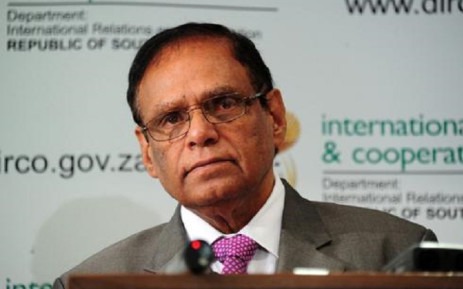 CAPE TOWN - The late battle symbol Ebrahim is being let go in Johannesburg on Tuesday evening.

He died at his Johannesburg home after a long ailment at 84 years old on Monday.

The previous Robben Island detainee, who later turned into the agent pastor of International Relations, served on many designs of the ANC and was an individual from the NEC for a considerable length of time.

Ebrahim joined the freedom development as a young lobbyist in 1952.

It is with profound trouble that we let go a genuine loyalist who served South Africa with lowliness, commitment and incredible qualification. We stay thankful to Comrade Ebrahim Ebi Ebrahim for his commitment towards the freedom of our country. Hamba kahle Mkhonto. pic.twitter.com/0iI0t6MM5w

"In such manner the public banner will be flown at half-pole at each station in the country until the evening of the internment. As would be natural for him the Acting President has said that for government and individuals of South Africa we wish to pass on our true and genuine sympathies to the family, companions and friends of Mr Ebrahim," said Mabuza's representative Sam Bopape.