Heavy gunfire, explosions, and chaos in Beirut amid Hezbollah and Amal protest against the judge in blast enquiry. After a shockingly violent day in already bleeding Beirut, tension was expected but not for 6 people to be killed in clashes that lasted for hours and were reminiscent of a Lebanon civil war. Tension is over how probe in port blast is going.

Many suggest that Hizbullah are trying to cause civil strife as a means to derail the investigation into the Beirut port explosion that they are obviously implicit in. The only ones who would benefit from civil conflict and division in Lebanon are those forces supported by the U.S, Saudi Arabia and Israel and it is these very same forces who have been waging a 10-year war on Syria, and who are responsible for the violence in Beirut today.

Arab nations are not saints. They're very much involved in what's happening in Lebanon, Syria, Iraq, Afghanistan and Kashmir.

The many U.S Sanctions on Lebanon have taken a toll, it’s economic war & its inhumane to continue these sanctions while there’s a pandemic & there’s shortages. It’s time to remove the sanctions, Lebanon is BEAUTIFUL & should get as much aid as it desires. Palestine & Syria as well.

Lebanese army says they will shoot at any armed person on the streets/shooting from any place & asks civilians to leave streets near site of clashes.

Lebanese children were hiding because of the gun shots close to their schools. How would these students go to school from now on not afraid? The kids are going through another trauma in less than a year. 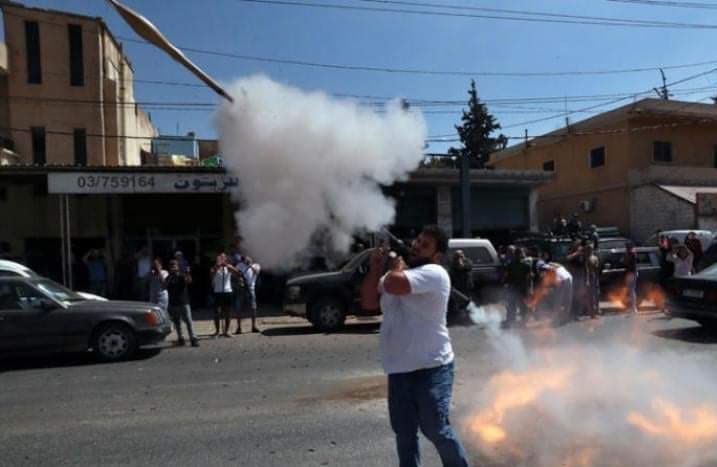