Guys who aspire to be military commanders in Ghana undergo rigorous training in order to eliminate any fear and terror from the field of combat. 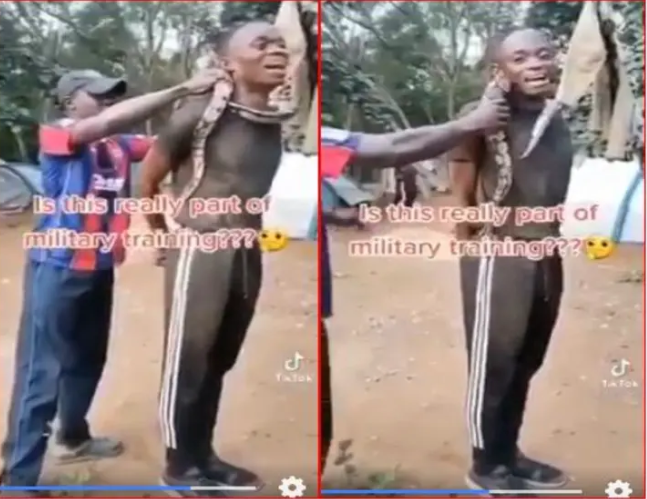 As a result, every young guy who desires to serve as a soldier in Ghana must first and foremost be a courageous individual. In addition, the individual must possess remarkable strength and be willing to die in the service of his nation.

An image has been recorded of a young guy who is being taught to become a military officer sobbing after a military official ordered that a snake be placed on his shoulder during a training session.

According to a close examination of the film, it appears that military officials brought some young troops to a snake tourist attraction in order to educate them to be courageous. Other young military officers may be seen in the backdrop of the film, which is a nice touch.

The young soldier in your photograph, on the other hand, was quite terrified of the snake that had been placed on his shoulder. However, the person heard in the video exclaiming in the Twi language, "Oh my God, I don't like snakes," after the military officer instructed the tourist guide to place the snake on the guy's shoulder. 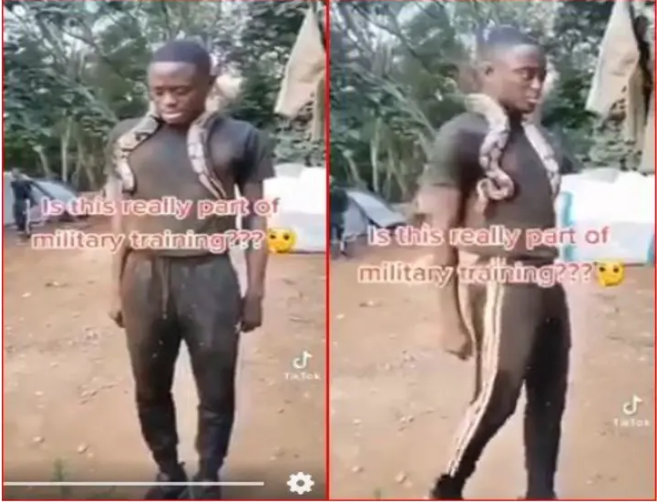 The military officer didn't seem to care about him at all. "Hey, left turn," he instructed the individual. Even though he had done it, he noticed that the snake's head was moving closer to his hands, so he warned him to be careful. The individual then placed his hands behind his back, but the military officer yelled at him, "Hey, is that where you're supposed to put your hands?" The man was sobbing and shouting in agony. In his mind, he was scared the snake might bite his hands."

You may also view the video by clicking on the following link: