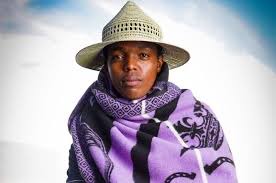 Nhlanhla Lux Dlamini is the leader of Operation Dudula. He is from Soweto. He was raised in Meadowlands in Soweto. It look like his first language is Sesotho. He said the name, Lux, is his grandfather's name. His grandfather was a member of a PAC. Tommorow, he is burying his father. They slaughtered a cow for his death. He says his father used to steal cars and transport important documents to the cadres in exile. He never his father for years at some stage in his life whilst he was busy with the armed struggle. He went to school in St David's Marist in Sandton. 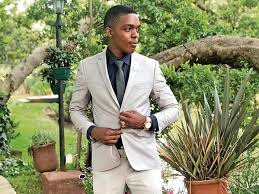 I disagree with Lux when he says the land was taken cause people were naive.I think he doesnt know much/or he is not well informed about the land isue.But all in all he is on the right track. #powerperspective

Nhlanhla made his name when he decided to protect the Maponya Mall, the biggest mall in Soweto. He used to go out and night and patrol and respond to businesses that were attacked in the middle of the night with his community members. He blamed the white system for teaching white people. We studied white history not black history. We need to know about a block history. The system need to teach Credo Mutwa, Maponya, African heroes. He said Ntate Maponya contributed to the struggle. Why Sandton, Melrose Arch was protected.

He spend the whole day with wealth kids in Sandton but when he go home he sleep on the kitchen flour. He said when he was in the suburbs, white people when they see him, they will hide their phones. He says, the white people he knows says to him says to him, Ain't you hard, broer. Why are you doing this. Why. He says black people are naive that is why white people took land from them. He said he got all the resources he can stay in the suburbs but he choose to stay in Soweto. He says he want to change things in Soweto because when Soweto sneeze, the whole country sneezes. said to change this continent, it starts in Soweto.

Politics is a system which we Africans, we didn't design, it was design but white people. We fought for the land because the white people took our land. He says he hate black politics. He said for now he is focusing on the community issues particular Soweto, Alexandria not national issues. He says he doesn't want people to go war because war kills but his focus is fighting things that matter. He want the education system change to teach black people about black history

Nhlanhla is not government. He is dealing with prioritization of South Africans in their country. So cut him a slice please.Go ask government officials about the land issue