Jerusalem violence over 300 injured in clashes 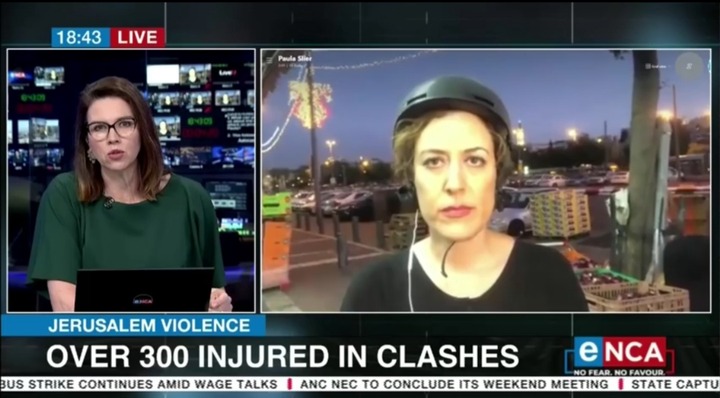 There was an escalation in clashes in Jerusalem on Monday. In the latest I cident, Hamas has fired a rocket at Israel from Gaza Strip.

Four people have died In sporadic attacks on the west Bank as well. Hamas gave an ultimatum to the Israeli authorities expired.

Hamas of course being the Palestinian group that controls and dominates the Gaza Strip said that if Israeli security forces do not move out of this area, even though it is quiet at the momement.

It has been a scene of violence over the passed four days, which will probably flair up tonight. I am not far from the Damascus gate which lead to the Al-Aqsa Mosque. 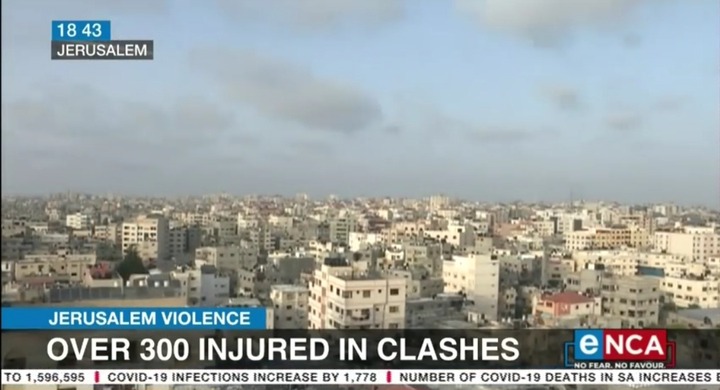 Hamas said if security forces are not out of this area it is going to send a strong message. eNCA's reporter Sally Burdett filed this report Courtesy of#Dstv403 #eNCA