By Kingofnews (self media writer) | 4 months ago

Missiles such as the NLAW and Javelin are assisting Ukraine in delivering a bloody nose to Putin. 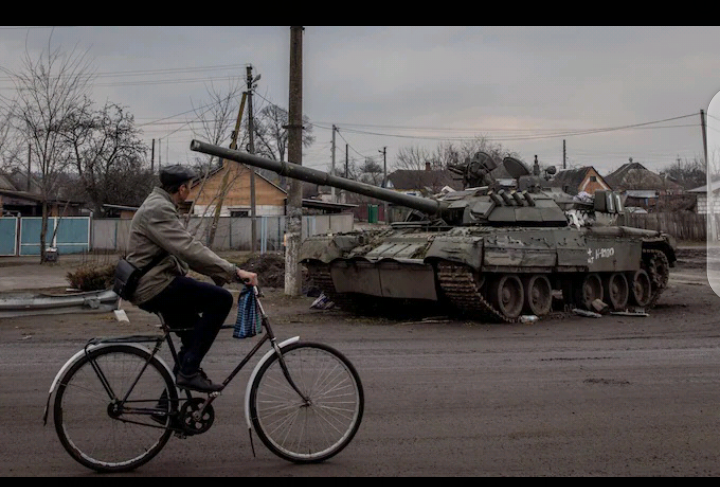 In Trostyanets, Ukraine, a man rides his bike by a wrecked Russian tank.

As the UK and its allies offer additional weaponry to Ukraine, international missile and body armour manufacturers are preparing for a lengthy battle.

Investors have poured into global military industries since Putin's aggressiveness began more than a month ago, as foreign countries assist Ukraine with weapons and governments vow to increased defense budgets amid a return to traditional conflict.

Thales shares in France have increased 35 percent since the invasion, while Saab shares in Sweden have risen 62 percent. Lockheed Martin is up 14% while Raytheon is up 8% in the United States.

With Russia and Ukraine still unable to reach an agreement on a peace treaty, manufacturers are expected to benefit even more, while the Ukrainian army continues to rely on weaponry manufactured abroad and provided by foreign governments.

After committing more than 4,200 of the popular Next Generation Light Anti Tank missiles (NLAW), produced in Belfast by Thales UK and based on a design by Sweden's Saab, the UK has committed to provide 6,000 additional missiles to Ukraine. It also sent equipment like as body armor, boots, and helmets. 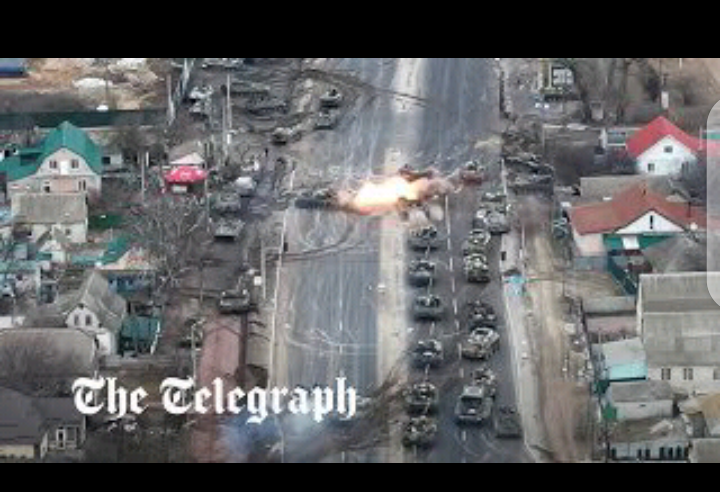 Over 17,000 anti-tank weaponry and 2,000 anti-aircraft weapons have been deployed to the country by Nato members in total. In actuality, the total is likely to be far higher, considering the most recent update on US funding was only two weeks ago, and France has not stated the amount of aid it is providing.

According to insiders, these stocks will need to be replaced in the near future, which would likely result in a surge in orders for weapon manufacturers.

In a recent letter to clients, Moody's analysts predicted that "global defense budgets, especially those in Europe and the United States, will rise, fueling longer-term revenue growth for the sector.

"In reaction to the crisis, we anticipate other nations to enhance their expenditures, modernize equipment, and improve operational readiness of existing equipment."

The Biden administration has previously stated that production of the Stinger and Javelin will be increased in order to replenish US resources. The production line for the 1970s-era Stinger, which sells for around $120,000 (£91,300), was recently reopened to meet a new order. According to CNN, additional employees may be required to speed up manufacturing and find replacements for old parts.

Meanwhile, the UK is set to buy more £2,000-per-missile NLAWs after exhausting its own stock, despite the fact that missile production is a lengthy process.

It's harder to forecast where expenditures will go in the long run, and which industries will benefit from the effort to keep the Ukrainian army supplied, according to Peter McNally of research firm Third Bridge.

"There will absolutely be a capital reallocation," he says, "but it's still early days to figure out exactly where the expenditure will be." This is due to slow budgets and the length of time that defense sector programs take.

"The Russian army's capabilities haven't exactly dazzled the globe." Before spending is merely tossed around, there will have to be an appraisal of that," McNally adds.

According to insiders at some of the UK's armourers, commissioning, designing, and delivering a new missile program takes roughly ten years, while restarting an old one can take two years, depending on the weaponry's complexity. Because of the target's speed, anti-aircraft weapons are more difficult to develop and expensive: the Thales-made Starstreak missile, which can move at Mach 3, or 3,700km per hour, is claimed to be five times more expensive than the NLAW.

Battlefield deployment in Ukraine is likely to have drawn more potential purchasers to the NLAW weapon, which has earned cult status and tremendous popularity among Ukrainian soldiers after playing a critical part in hampering the Russian assault.

In recent years, the workforce at the Belfast factory that finishes NLAW missiles and designs and manufactures Starstreak has increased from 500 to 650 employees. Martlet air-to-surface missiles meant to be fired from helicopters are also produced by the company. The intricacy of the product, as well as the high level of talent and training required to design and manufacture a missile, could stifle faster expansion.

Avon Protection, which makes gas masks, helmets, and other protective gear, is another armament winner. While it is unknown whether its products have been used in Ukraine, it manufactures the type of military equipment that many Nato countries are sending in military help, causing its stock to rise 23 percent since Putin's invasion.

Through its MDBA subsidiary, which is part-owned by Airbus and Italy's Leonardo, BAE Systems, which develops body armour as well as a wide range of armaments, including missiles, has secured a 20% stake.

Meanwhile, munitions manufacturers will benefit from the necessity to boost up supplies. 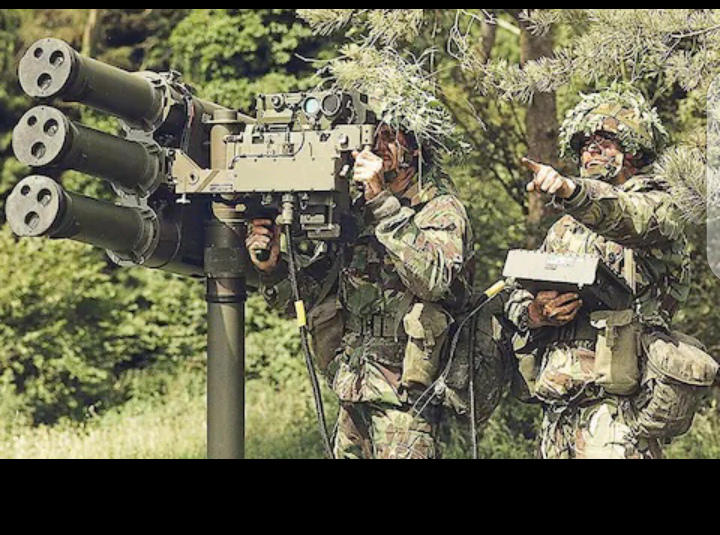 The Starstreak anti-aircraft system was developed in the United Kingdom.

Despite the focus on conventional warfare, McNally claims that "there have been some wake-up calls," such as computer strikes on energy infrastructure, which could lead to increased worldwide investment in cyber defense.

Last year, a cyber strike by Russia took out a pipeline that supplied about half of all aviation fuel and gasoline on the US East Coast. It came after years of escalating cyber hostility between the two countries, with both sides targeting the other's power grids and water networks.

It is unclear how long the violent struggle will last, but one thing is certain: the war has resulted in a long-term increase in business for the defense businesses who supply Ukraine's forces with weaponry.

Content created and supplied by: Kingofnews (via Opera News )

What happen to the other conjoined twins when one dies? Here is the answer

“Don’t Complain when they hire foreigners“ - SA reacts after Spotting this on a CV that went Viral.