In order to prove his case, Ukrainian Commander Oleksandr took Sky News to the scene of a significant battle close to the village of Avdiivka and claimed that Russian combat losses were much higher. He claims that his unit destroyed 19 vehicles and killed dozens of enemy soldiers while repelling multiple efforts by Russian armoured columns to breach Ukrainian lines. He indicated the shallow graves of two Russian servicemen, which were next to the burned-out remains of one armoured personnel carrier. The commander responds that it is difficult to estimate how many bodies are still lying in these fields. He says, "I can't say precisely." About 40 individuals were in this area, and 150 to 200 people were on the side where our artillery was shooting.

He claims that the Russians have no interest in removing these corpses, thus they stay. Because their leaders did not want to take them, some of them were buried, he continues. We had to handle it ourselves because they didn't want to collect them. Western authorities share Commander Oleksandr's concerns about Russian casualties and wonder how long the Russians can maintain their offensive despite suffering heavy losses and making just marginal gains on the battlefield. The UK's Ministry of Defense (MoD) estimates that the area has lost 55 percent of its overall force to death or injury, citing casualty data released last week by the Donetsk People's Republic, a self-declared independent region in Ukraine backed by Russia. Despite admitting to 1,351 fatalities in March, the number of casualties in the Russian military is a very sensitive matter. Around 15,000 Russians were killed, according to a MoD investigation from April. 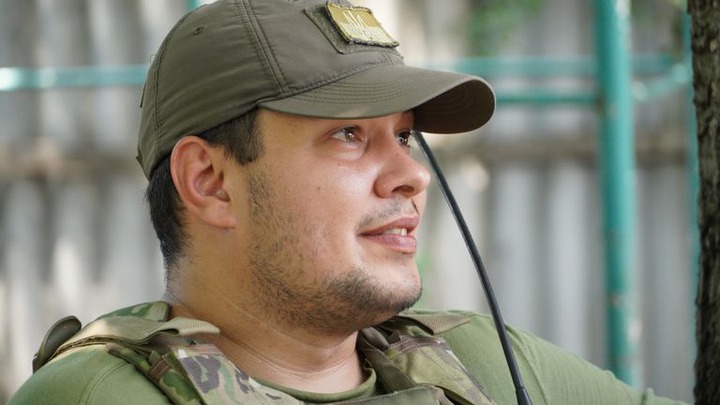 According to estimates from NATO authorities, up to 40,000 Russian soldiers have been killed, hurt, captured, or vanished in the first month of the conflict. As recruitment agencies employ a wide range of strategies to find new soldiers, significant losses have sparked a "virtual mobilization" in Russia itself. Commander Oleksandr believes the cost paid by Russia in terms of troops and equipment explains why their generals have modified their tactics and narrowed their focus of operations in the war-torn farms south of Severodonetsk. He claims that they have now focused all of their resources in only a few locations, including Avdiivka, Severodonetsk, and the Kherson Region. "Generally speaking, we shouldn't allow them to hold land in advantageous positions. We need to attack them where their forces aren't as strong." I just feel like I need to watch Netflix while I sleep for a few weeks.

Iryna Tsybuh, a volunteer combat medic since 2015, claims she has never been more worn out than she is right now. Iryna is in charge of the 5th Hospitalier Brigade of Ukraine's medical team. She prefers to speak out of the other medics' earshot from their base close to the Donbas frontline. I just feel like I need to sleep for a few weeks, sleep watching Netflix, sleep eating fast food, and sleep hugging my mom, she says. She and her coworkers rescue injured soldiers from the front lines and administer life-saving first aid. It's arduous work. She stated that 22 guys had been saved in the past few days; two had passed away. 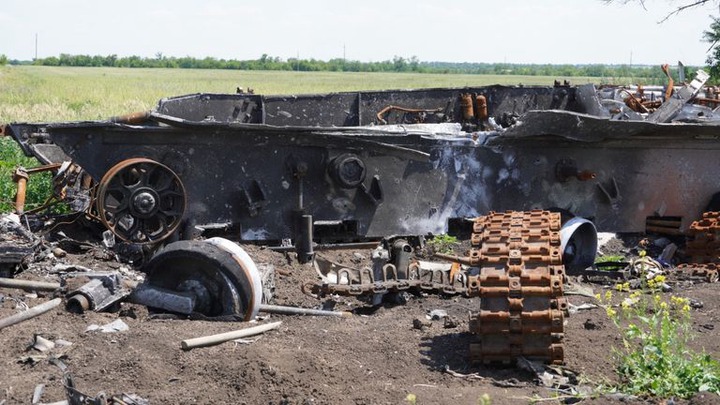 Clearly, some of her crew members are really young. The newest person is only 22 years old. The elite Ukrainian forces are treated by these combat doctors, who are "people who know how to do this fight, how to win." She is alarmed by the high death and injury toll. Iryna claims that there are many Ukrainians who would be willing to take their position but lack the necessary abilities. She claims, "They are not professionals." They are quite afraid and unsure of what to do. Iryna was a media trainer who occasionally rotated on the front lines prior to the war. She has devoted her life to helping wounded soldiers since February 24. I detest war, she declares. "If I weren't here, This war was initiated by Russia, so what are we to do? We must defend this area of our nation. I cannot see another option." ' We were like a huge family, so losing folks is incredibly difficult.

Commander Oleksandr counts the number of soldiers he has lost over the past few months while standing on the steps of a modest wooden farmhouse close to the frontline. He says, "Well, 26 dead." "I estimate about 40 people have been hurt, many of them critically. That's how things are around here." He claims that the early spring was the most challenging time. His force was "badly overstretched" as the Russians continually attempted to breach his defences, which were located close to the town of Avdiivka. Since our unit was dispersed throughout numerous villages at the start of the invasion, it was challenging to retain them, he claims. As a result, the majority of our personnel and equipment were lost. Oleksandr's own job would undergo significant adjustments as a result of this assault. 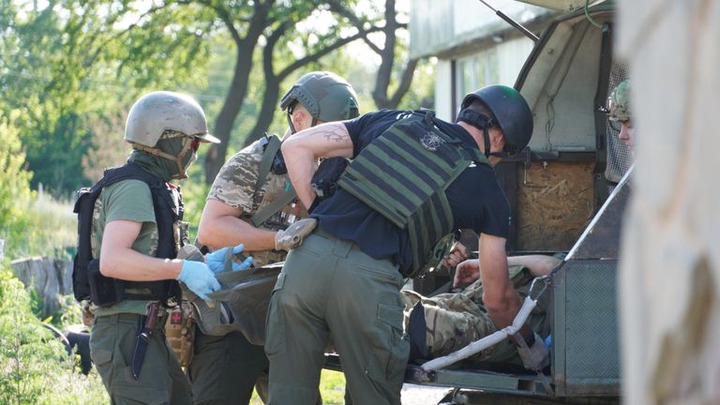 At the time, he was a deputy commander who suddenly found himself in charge after his senior was killed by a mine. His troops were regarded as being among the best; they were highly skilled combatants who had been battling together since 2018. "We became greatest friends during the years we served with... it's incredibly difficult to lose folks since we were one big family," he recalls. Now that everything has changed, Oleksandr never has a chance to relax because of the realities of this battle. He claims he must train his men because many of them are new and inexperienced if they are not fighting on the front. "[The Russians] will step up their offensive, so we won't just sit on our asses,"

Company commander Oleksandr revealed that a core of seasoned men who had been fighting together since 2018 had been lost while speaking along the frontline, south of the city of Severodonetsk. "All of the members in my battalion were well trained, professional warriors. Currently, serious injuries have rendered 80% of victims incapable "he says, "Death. He says he does not know how long his unit can survive such losses, which would frighten those supporting Ukraine in its four-month battle with Russia. Oleksandr replies, "I don't even know how to answer this question.

Chubby celebrities who are successful