Just yesterday, the situation in Soweto became extremely tense as demonstrators flipped the city upside down, chasing illegal immigrants through the streets and residences where they were employed. Even shop owners were forced to pack up and depart as their markets burned to the ground. Everything went apart, and the young of Soweto took action where the government had failed. On social media, there are numerous videos of Soweto youths singing and dancing in the streets. 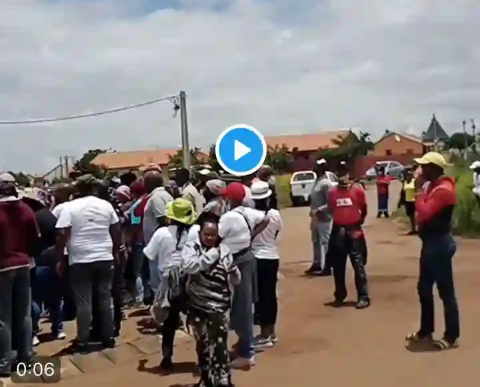 Many people were warned at the start of these protests that some foreigners would not let them do what they wanted, and now they've opted to fight back. They'll retaliate because some of them are constantly fully equipped and ready for such an occasion. They're starting to reap the benefits of their vengeance. 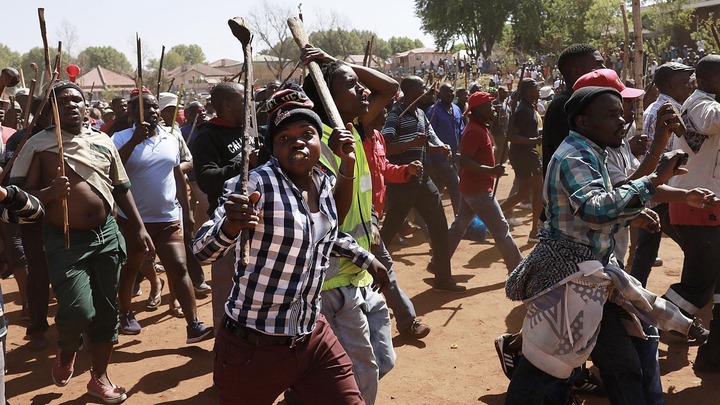 There are videos of ladies weeping bitterly at the actions of strangers. In the first video, the woman claims that foreigners kidnapped her and threatened to kill her if she didn't inform their commanders not to cross the border. He went on to explain that they promised to assassinate their leaders, including the iconic Nhlanhla Liks, a South African youth activist.

In the second video, an elderly woman weeps and claims that she was carried away and made to provide the identities of the March leaders. To illustrate that she was being pulled along, the woman in the second video tore off her T-shirt. The majority of the marchers were women, and foreigners intimidated them, thus these ladies asked for South African men to join them. Many people were outraged by the footage, with some even demanding for police involvement. In the screenshots below, you can see some of the Twitter user comments: 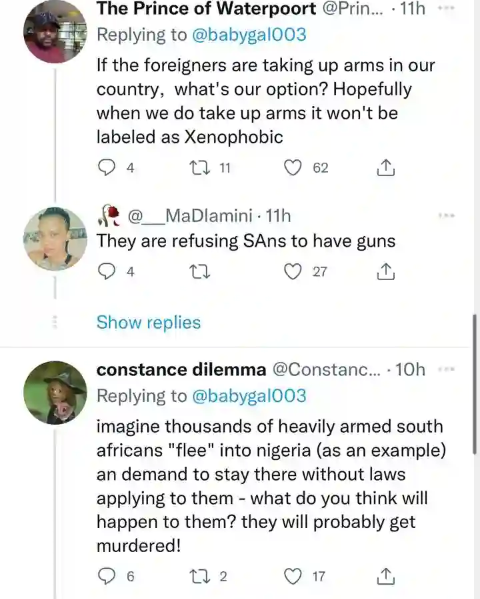 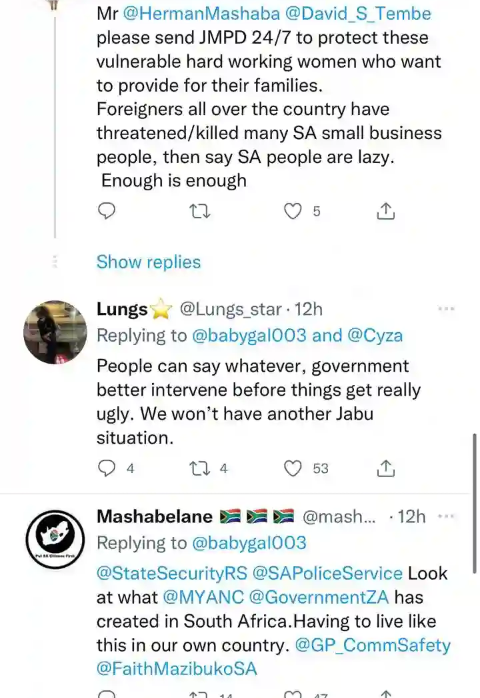 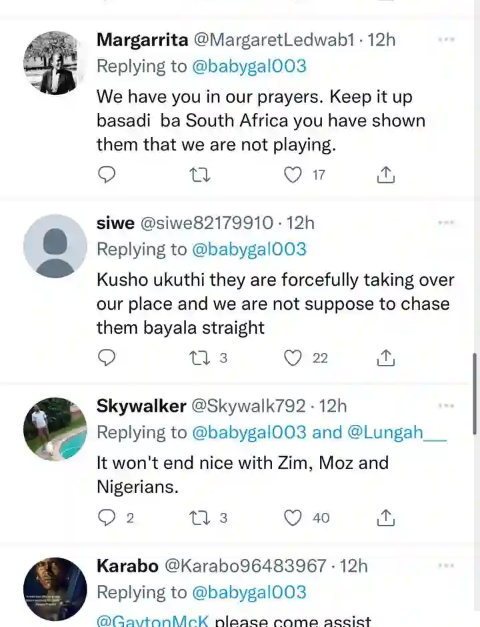 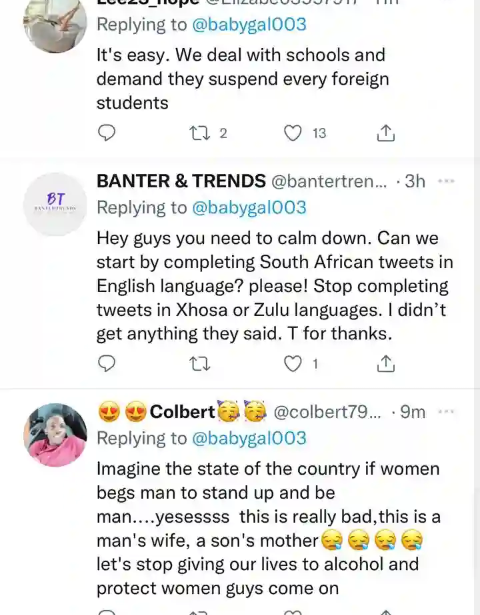 It's starting to look bad. This is a sign that we are losing our country. What if these heavily armed aliens decided to pursue us down in our own country with guns? Other than that, we have to prove something to them and show them that they are strangers and always will be, because they benefit from us when we back down.