These two South Africans are terrorist 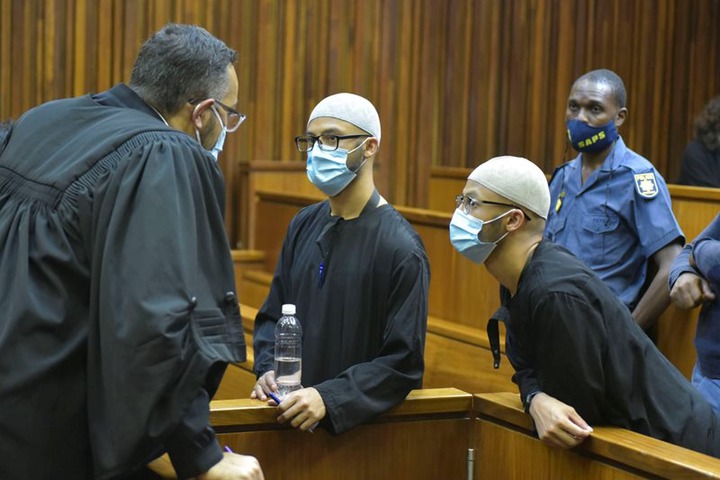 The Thulise twins will return to the High Court in Johannesburg on Tuesday morning.

The media is expected to bring an application to broadcast proceedings.

The brothers are facing charges for plotting attacks on South African soil.

the nation was gripped with shock and fear 5 years ago when Tony-Lee and Brandon-Lee Thulsie were arrested. The pair were nabbed by the police in 2016 following raids in various parts of Gauteng.

The police went on to accuse them of having links to the Islamic State group. The state alleged the twins were plotting to detonate explosives at particular targets. Mainly the US embassy and Jewish institutions around South Africa. Which would have been a first for South Africa.

The twin brothers have been denied bail on two occasions since 2006 and have been behind bars for over five years awaiting trial.

The state says it is finally ready to proceed with trail within the next two weeks.

A number of civil organisations have said their incarceration without trail for five years is unlawful and unacceptable. The Media Review Network has called for the brothers to be released if their trial date is not finalised by the state.

Since their arrest five years ago, the pair has not set foot outside prison.

A representative of Media Review Iqbal Jassat said to the media “We are deeply concerned about the fate of the two brothers, the Thulsie twins, who have been unfairly dubbed as terror twins. They have effectively been detained for the past 5 years without trial. This raises many questions. One about the irregularity lawfulness of arrest in 2016. Now the state has been floundering in providing any sustainable or credible evidence.

He went on to say, “Ithink it’s highly shocking and unfair for us in a democracy to have such a case on our hands that these boys are being incarcerated and the keys have effectively been thrown away,” says Jassat.

Ladies, who have allegedly dated singer Davido, Number 4 is from South Africa