Most Dangerous Man In The World Dies At 85

By Gkmedia (self media writer) | 15 days ago 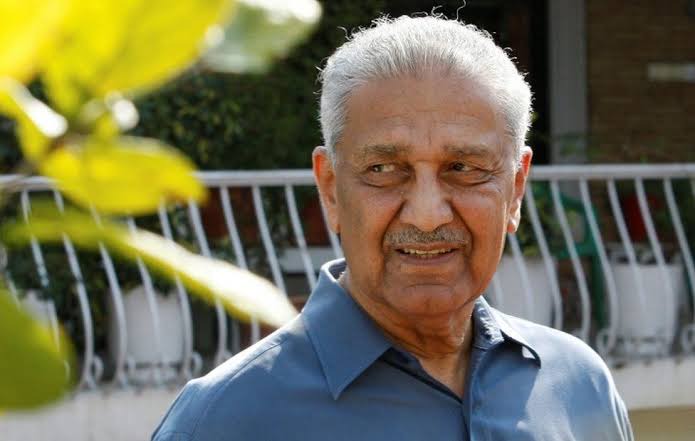 Lauded as a hero in his homeland of Pakistan while being called one of the most dangerous men in the world by Western spies, AQ Khan was indeed a complex man.

Dr Abdul Qadeer Khan who was known as " the father of Pakistan's nuclear bombs" has passed away aged 85 after being admitted to hospital with Covid 19.

He transformed his country into the world's first Islamic nuclear power which earned him hero status but he also smuggled nuclear secrets to North Korea and Iran which hit him arrested in 2004. He apologized on national television and was forgiven by the president of Pakistan at the time, Pervez Musharraf. However he was placed under house arrest until 2008.

The western world who dubbed him as "the greatest nuclear proliferator of all time," were not pleased with his lenient punishment.

In Pakistan he was a symbol of pride as he played a role in boosting their national security. Prime Minister of Pakistan, Imran Khan tweeted: "He was loved by our nation because of his critical contribution in making us a nuclear weapon state."

The country has lost a national icon, added the Prime Minister.