Residents in Cato Crest in Durban where ANC ward candidate was shot dead have revealed that there's infighting between two ANC factions which is believed to have turned ugly resulting in one of the comrade losing his life.

It's alleged that the infighting is a result of alleged corruption and nepotism. They believe Siyabonga Mkhize was murdered because he was fighting against such elements.

Although it is not clear why exactly Mkhize was murdered, police say the assassinated eThekwini ANC ward councillor Siyabonga Mkhize was sitting in a bakkie with three other people after campaigning when lone assailant attacked them.

Mkhize and another ANC member died in shooting in Cato Crest in Durban while third person was wounded.

This incident happened only a few weeks after another ANC veteran was assassinated mafia style in Tshwane in what is believed to be part of political killings.

In KwaZulu-Natal province, another incident also took place in the previous month were three women were shot and killed when a gunman opened fire on them during an ANC meeting.

Political killings especially during election season is not a new phenomenon, but in this year's local government elections, it is believed to have worsened due to the factional battles that are wrecking ANC apart.

Party leaders failed to address the grievances raised by ANC members in various structures about how candidate's list was manipulated which resulted in the ones the community had chosen to represent them being removed and replaced by those alleged to belong to a certain faction.

Disgruntled ANC members argued that in most cases, the ones who made it to the candidates list ahead of local government elections had received the lowest votes during the selection process.

They also felt that their provincial leaders were fueling factionalism by scrapping off candidates they had chosen from the list and replacing them with those who belong to their factions. 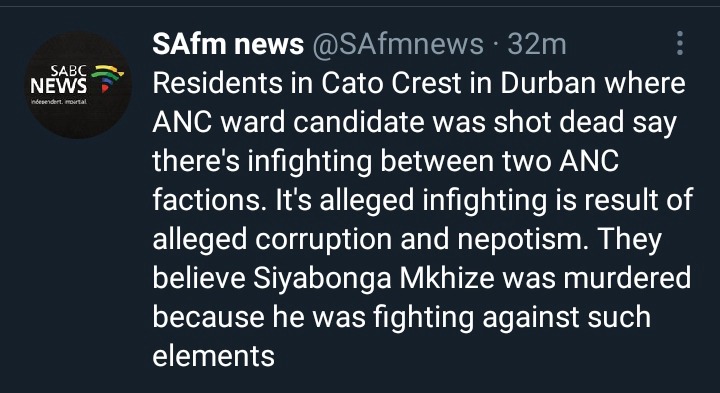 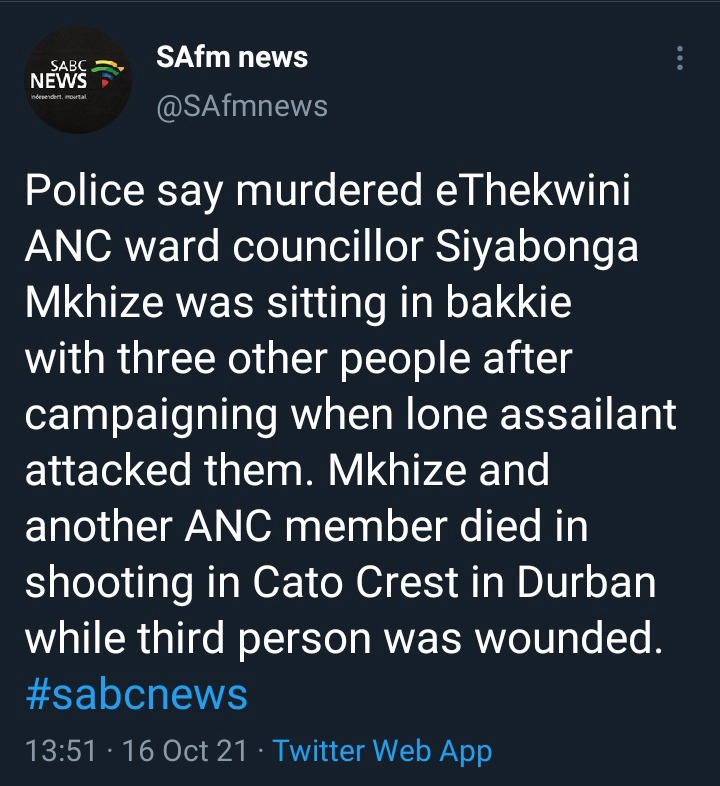 Woman drops bag with R32 000 worth of dagga and runs back to eSwatini.