"Our Soldiers Are Suffering In Mozambique" Malema Spills Beans 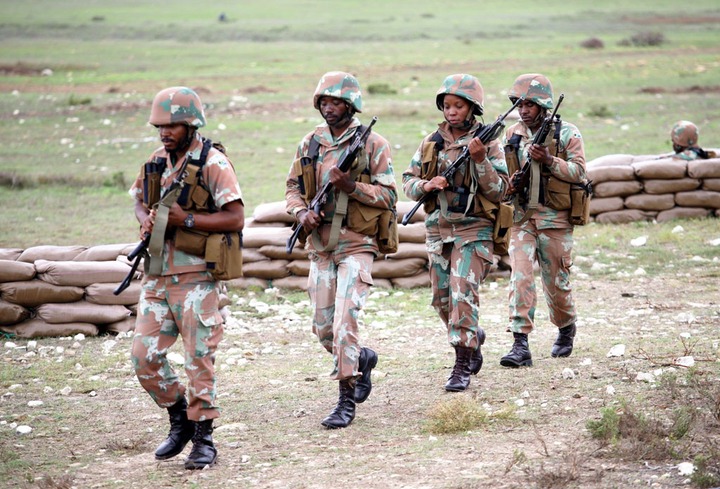 Economic Freedom Fighters leader, Julius Malema has once again exposed how members of the South African National Defense Force (SANDF) are suffering in Mozambique where they are carrying out a protracted fight against the Islamic terrorists.

South African National Defence Force deployed troops in the Indian Ocean heading to the Cabo Delgado as a move to help Mozambique deal with the terrorists who have killed about 2 800 people in cold blood and displaced over 800 000 more.

Deployment of the troops was a decision taken by the SADC Heads of State and Government on 23 June 2021 in Maputo to quell terrorist operations in war-stricken country of Mozambique and instil peace in Southern African region.

In a message shared on social media by Julius Malema which he allegedly received from one of the soldiers in Mozambique shows that they are allegedly hardly receiving their allowances and are appealing for help. 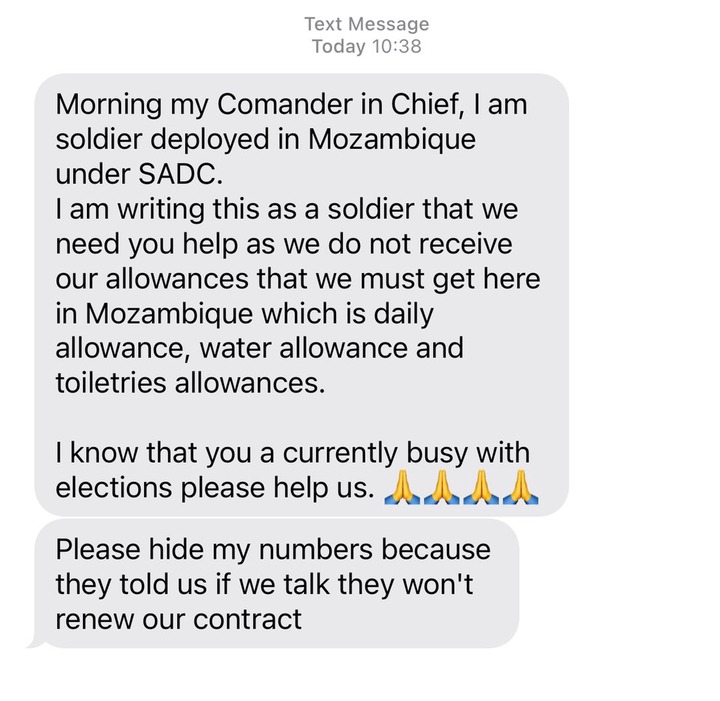 The red beret leader was previously in trouble with the SANDF officials who accused him of spreading misinformation, but he argues that soldiers in Mozambique are suffering and need help.

He slammed the SANDF officials who previously accused him of sending out the wrong message citing that they don't understand how troops they deployed in Mozambique are suffering as they will be sitting in the comfort of their homes, conducting meetings through zoom.

"Our soldiers are suffering in Mozambique and some fool here at home, through Zoom interview from the comfort of their home with ugly curtains is going to say it is fake news. Please look after our own @SANDF_ZA @CyrilRamaphosa," said Malema. 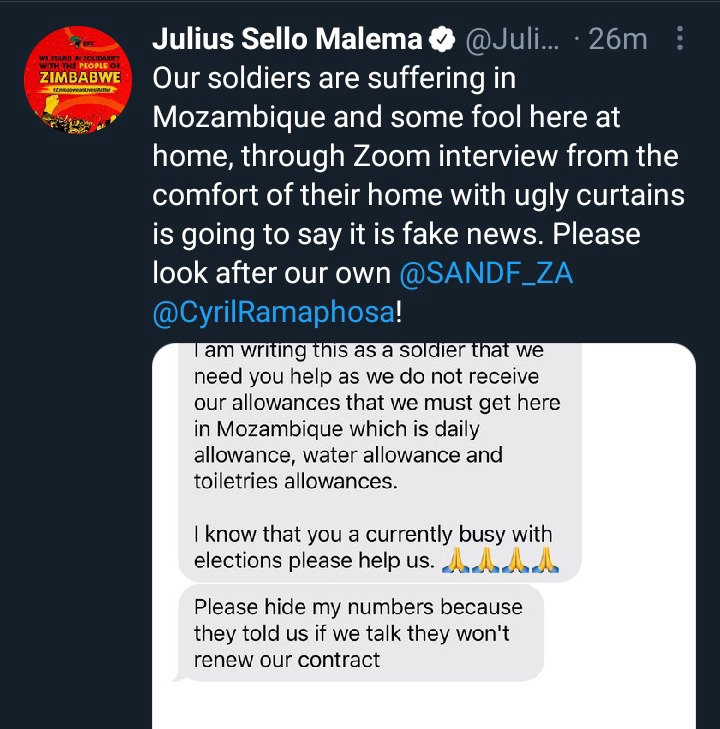 Social critics however believe that Julius Malema should phone Cyril Ramaphosa directly on his cell since he once revealed that he has the president's number on speed dial.