In April, following the killing of Kgomotso Diale, a member of Operation Dudula, the citizens of Pimville were dissatisfied with the government and the police for failing to protect them from crime. Diale was shot and killed by illegal aliens following a fight over the theft of cables. Police Minister Bheki Cele was required to visit the area so that citizens could communicate with him directly. 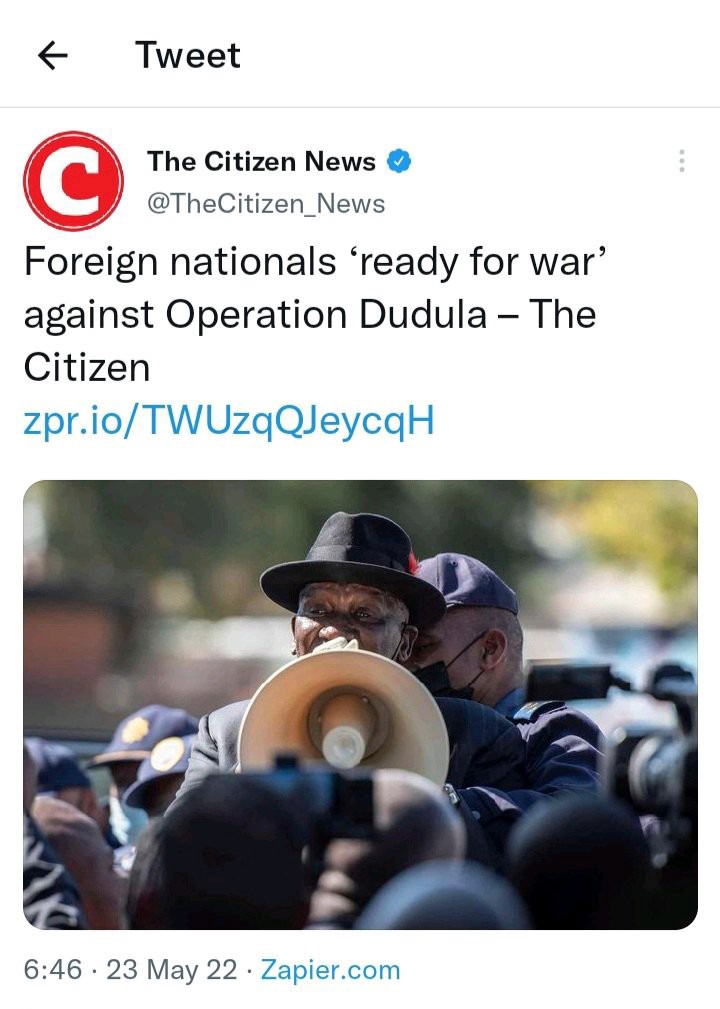 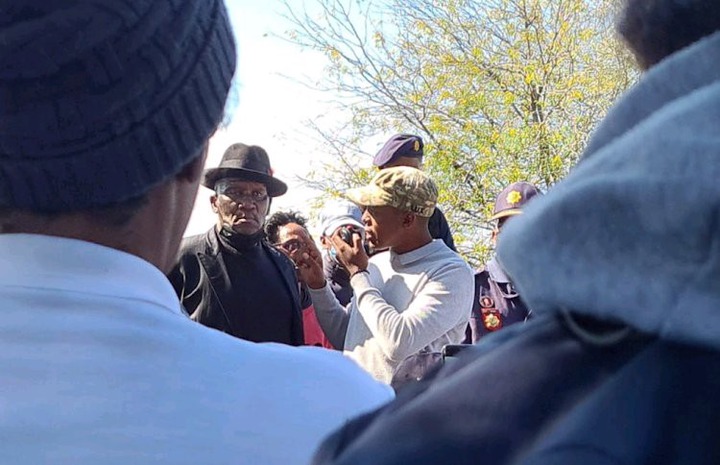 Nhlanhla Lux, the leader of Operation Dudula, issued a stern warning to Cele, stating that if the informal settlements in Soweto are not removed within 30 days, the community will rise up and enforce their removal. Lux also demanded that the Police Minister prosecute politicians who facilitate land appropriation. Nhlanhla declared in front of Bheki Cele, "If these illegal immigrants are not out of the squatter camps by May 28, it will be a Saturday, and you may as well prepare for a mass burial because we are going in guns blazing."

May 28 is approaching. Five days remain till Pimville and Soweto's informal colonies containing illegal foreigners are cleared. However, the foreign nationals insist they will not go and are prepared to fight. The imigrants reportedly stated that they would not be intimidated by those who refuse to hold their government accountable for corruption and inability to provide services. Foreigners assert that South Africans are weak, thus the government treats them as it pleases.

Only in South Africa will foreigners plot to wage war with locals. As a result of Ramaphosa's disregard of South Africans, conflict will ensue. When Kgomotso Diale was shot, no one frightened the foreigners. They were highly armed and firing upon unarmed South Africans. They have been at war with South Africans for some years, but they have only just decided to proclaim it publicly. If they now claim to be prepared for war, what are their plans? What precautions is the government taking to prevent war? They claim they will not be intimidated by those who do not hold their government accountable. However, many have fled to South Africa to escape their own governments, which have been purchasing them.

Meanwhile, on Saturday, HomeAffairsSA Immigration Officials were on the ground to guarantee that persons within the Gauteng province, particularly those from neighboring countries, have the requisite documentation.