According to a Russian military analyst, the United States has begun to curtail its military aid to Ukraine. He also attributed what he saw as a waning of Washington's support for Kyiv to the country's president, Volodymyr Zelensky.

After the Biden administration announced an additional $1 billion in new military aid for Ukraine, consisting of rockets, ammunition, and weapons from the U.S. Department of Defense stockpiles, Arsenal of the Fatherland editor Alexei Leonkov made his remarks.

The M142 High Mobility Artillery Rocket Systems (HIMARS), which the United States provided to Kiev, are a game-changing weapon that have allowed its forces to target Russian command centers and ammunition stores, according to a post by Leonkov on his Telegram channel on Tuesday. 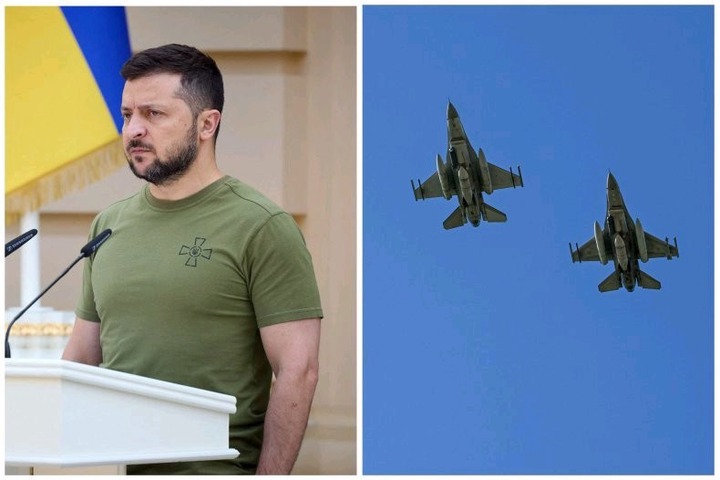 According to Russian military analyst Alexei Leonkov, the United States is limiting its military help to Ukraine, including the F-16s. In the images above, Portuguese Air Force F-16 fighters fly over the Tagus River on April 3, 2022, in Lisbon, and Ukrainian President Volodymyr Zelensky delivers a speech in Kyiv on August 7, 2022.

In reference to the fighter jets that Ukraine has been requesting, Leonkov stated, "Now they are temporarily refusing to send F-16s," adding that Slovakia had provided 11 Mig-29 jets and Poland had provided 232 tanks.

Although, he added, "what is temporary can become permanent," "scandals and discoveries" have developed around Zelensky's reputation in the Western media.

Leonkov then remarked that in contrast to Zelensky's statement of a counter-attack in Kherson, little had changed on the ground, but he did not elaborate on what he meant by "revelations."

The conflict between Zelensky and Amnesty International, which accused his soldiers of putting civilians in danger by placing bases in residential areas, has also received significant attention in Russian state media.

The Defense Authorization Act, which was adopted by Congress last month, included helping to reduce Ukraine's reliance on MiG-29 and Sukhoi aircraft from the Soviet era and would enable Ukrainian pilots to train to operate F-15 and F-16 aircraft. 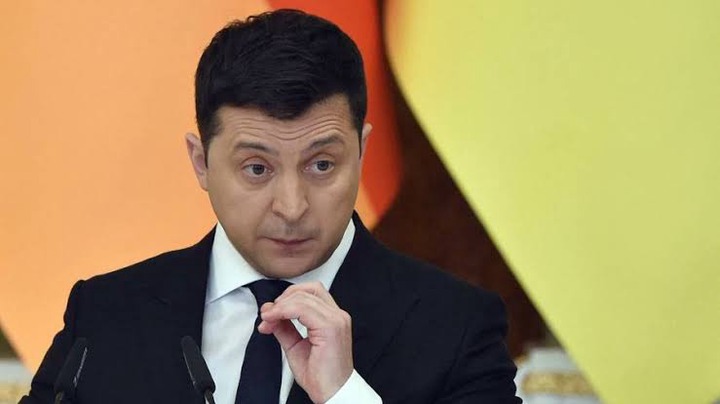 According to Colin Kahl, the U.S. undersecretary of defense for policy, the Biden administration has provided Kyiv with more than $9 billion in aid since Russian soldiers entered the country on February 24.

The Pentagon and the Ukrainian defense ministry were contacted by Newsweek for comments.