By HomeAway (self media writer) | 25 days ago

Lieutenant General Jeffery Shabalala, the Army Commander who was forced to resign by King Mswati for revealing his secrets says he remains loyal to the King and the Queen Mother.

This is contained in WhatsApp messages intercepted by the Investigation Unit of this Swaziland News last week where Shabalala was speaking to a citizen whose name cannot be revealed for ethical reasons.

In the conversation, Shabalala sounded concerned that this journalist was able to electronically source information from him, he maintained that he was in eSwatini and has never thought of leaving the country.

“I’m still in eSwatini. I’ve never thought of such a thing, it won’t happen. I shall remain loyal to my Head of State and the Queen Mother,” said the resigned Army Commander. 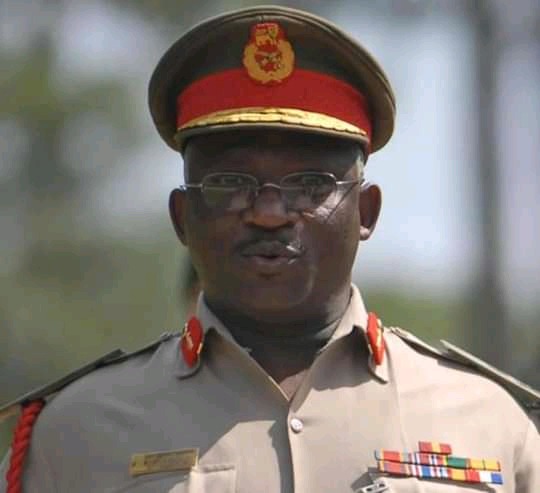 Reached for comments earlier by this publication, Shabalala stated that he did not discuss State security matters with anyone outside the security agency.

In the conversation, Shabalala further alleged that he was actually promoted to another position which he did not disclose. It appeared that the Army Commander who was allegedly forced to resign had changed cellphone numbers more than four(4) times since this publication started investigating. In one of the conversations with his new cellphone number, he stated that by changing the cell numbers, he was dribbling this journalist.

“I am dribbling my enemies(Zwemart and the locals)”,he said in one of his messages.

Army Commander, Jeffery Sipho Shabalala was forced to resign shortly after this publication released an electronic evidence where he was disclosing how King Mswati, among others, ordered the arrest of pro-democracy Members of Parliament(MPs) Bacede Mabuza and Mthandeni Dube.

Authority Given To Metro Police To Use Sjambok On People From Now On?

Reasons Why You Should Never Be Friends with Your Ex. - OPINION.