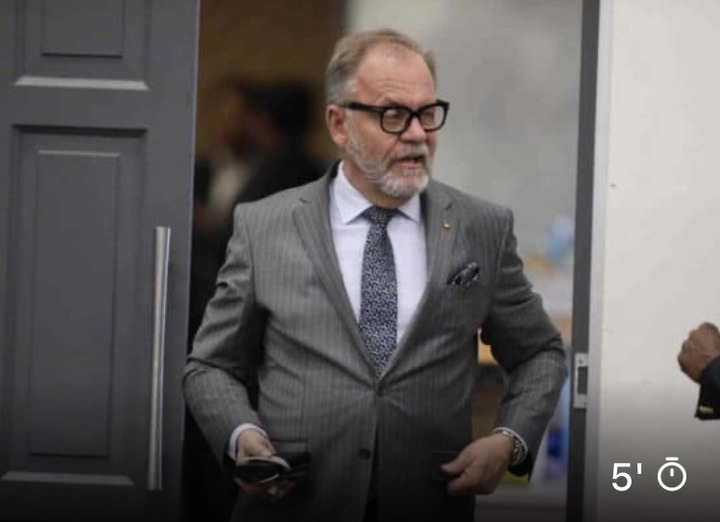 Fikile Mbalula has been scrutinized after he faulted alliances and the SABC for the ANC's lackluster showing in the decisions.

The representative of the disbanded uMkhonto weSizwe Military Veterans' Association (MKMVA), Carl Niehaus, says he let the ANC know that selecting Fikile Mbalula as its head of races would "end in tears".

Niehaus focused on Mbalula after the vehicle serve was named Mampara of the Week by the Sunday Times on Sunday.

"I don't track down any delight in saying: 'I have told you so', on the grounds that our darling freedom development endures harshly, however I have cautioned," Niehaus tweeted on Sunday evening.

Mbalula has been intensely condemned after he shared a progression of tweets last week about the ANC's presentation in the neighborhood government decisions.

He basically guaranteed the ANC didn't lose the races, however failed to keep a grip on districts due to alliances between resistance groups.

He then, at that point, endeavored to explain his position by saying the ANC had "won Joburg without [an] out and out larger part yet they chose to give Joburg to the DA". 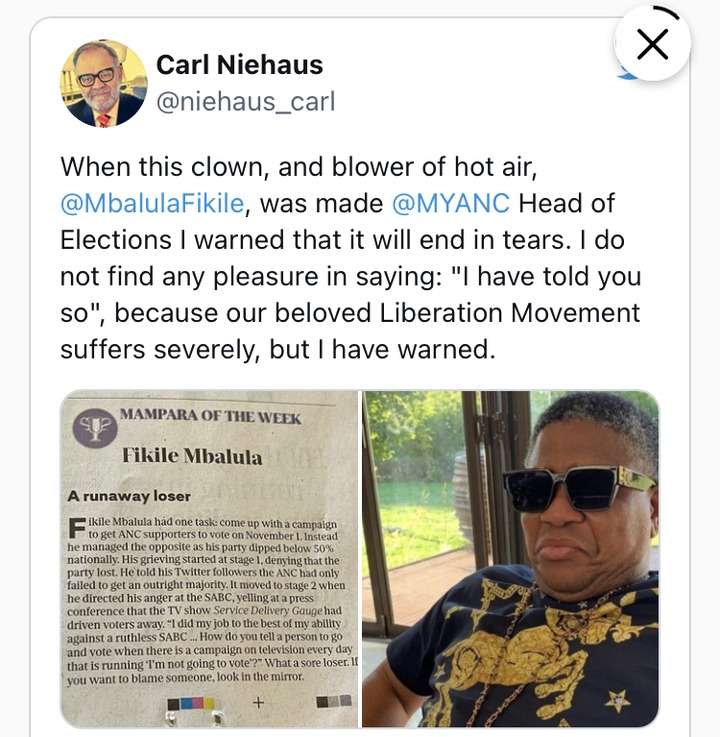 The next day, Mbalula tracked down one more substitute for the ANC's lackluster showing. He chose to fault the SABC, saying its inclusion of the neighborhood government decisions was to be faulted for the low citizen turnout.

Mbalula zeroed in his objection on the public telecaster's gathering chief of information and current undertakings, Phathiswa Magopeni, saying the "SABC was a mouthpiece for the resistance". 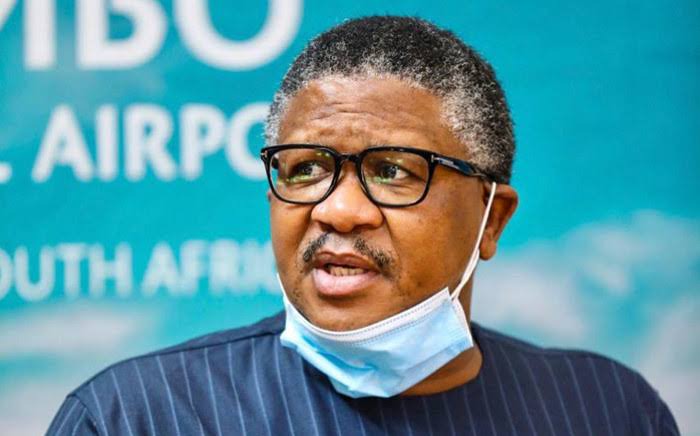 Mbalula isn't the main individual Niehaus is faulting for the ANC's deficiency of help in the decisions. Prior in the month, Niehaus required the expulsion of President Cyril Ramaphosa.

Niehaus contended that Ramaphosa being made the essence of the ANC's missions across districts implied the vote turned into a mandate on the president – a mandate he accepts finished in a "reverberating demonstration of majority disapproval" in the president.