After the Luthuli House invasion and the subsequent hostage drama of the Ministers of Defense and another, the names of APLA and AZANLA have been brought to prominence, strangely by the ANC. Ever wondered why It is because the ANC is confronted by a credibility crisis. Before then, these other liberation movement armies simply did not exist, according to the ANC because they made everyone to believe, they solely delivered liberation to this country, and you believed them this should make you think, I urge 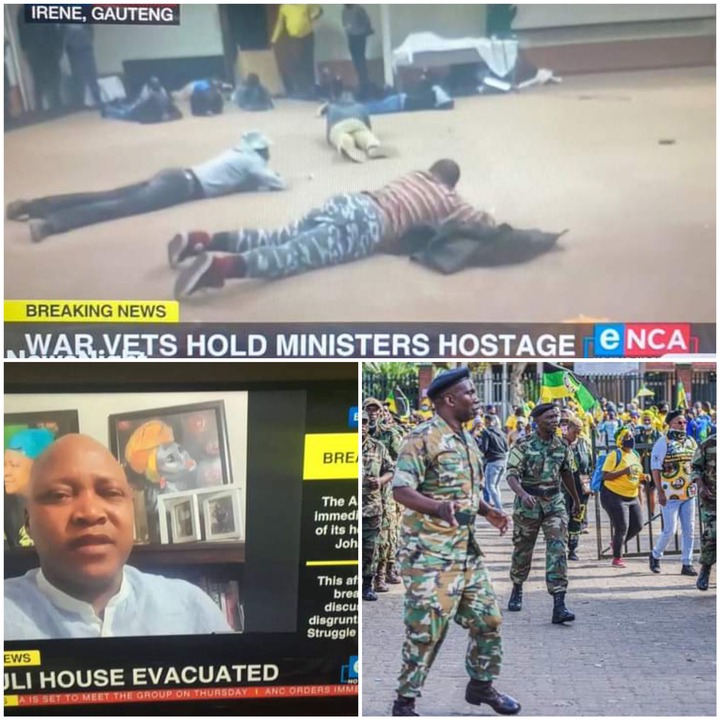 These other military formations were never mentioned until the kidnapping. Street, hospitals names were changed to names if ANC cadres in tge main. Only under pressure was names such as Steve Biko recognized. Suddenly there was APLA etc when it suites them, ANC has been trying very hard to re-write history to suite them. I was surprised in fact for the first since the so called dawn of democracy, the ANC is mentioning apla and azanla cadres so strange, the only reason is because they are confronted by multiple challenges 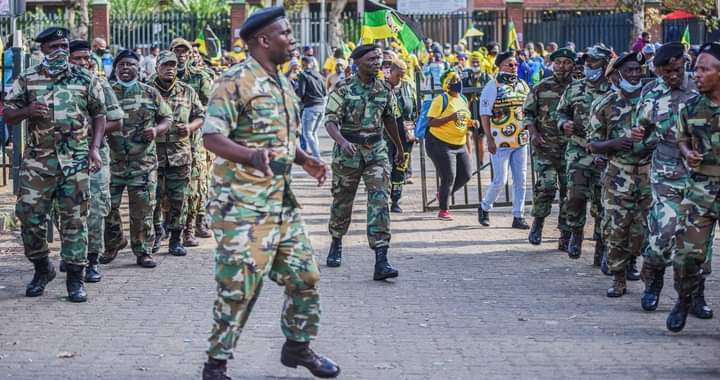 They distorted our history hence today they don't have a place to hide, history will always repeat itself especially to those who fail to make researches because of lack of knowledge

It was reported that there may have been a security breach at Luthuli House. The ANC spokesperson, Pule Mabe said it was in fact a health breach. He said there was a meeting of disgruntled military veterans which lasted till very late and as a result, the veterans had to sleep over because of public transport considerations. The health breach is as a result of the fact that Luthuli House isn't designed as place to sleep at.

To me, this doesn't add up yet why would the military veterans of APLA and AZANLA find comfort in getting their concerns, addressed by the ANC instead of the government. But maybe I'm reading too much in Pule Mabe's statement, and that the other military veterans have discovered their confidence in the ANC after all, this is still a developing story. Perhaps in the fullness of time, the facts will become clearer!

5 Things You Should Not Tell People About Your Marriage.