By SA_Updates (self media writer) | 3 months ago

It seems like the waterloof Air Force base fire wasn't and accident. Although the real cause of the fire hasn't been made public, I suspected possible terrorist activities and the post is proving my point right. It's no big news that the ISIS terrorist group has a secret training ground in South Africa, but what is disturbing is that the citizens don't know or maybe they are actually less concerned as they already see illegal foreigners as terrorists. 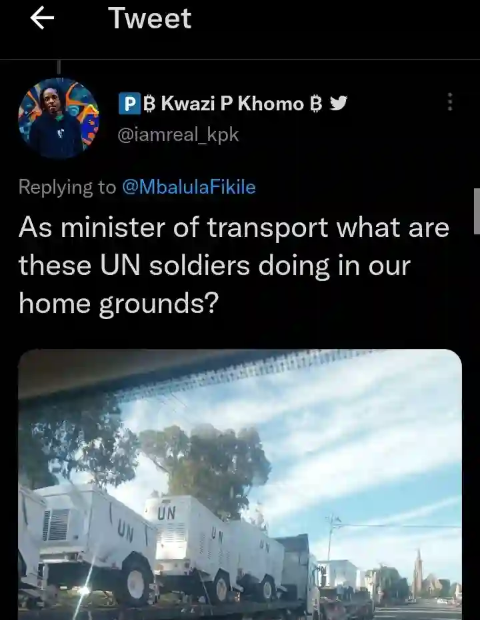 There is widespread speculation that UN troops have landed in our home country. A Twitter user asked Transport Minister Fikile Mbalula about soldiers apparently spotted in KwaZulu-Natal. It is said that the UN army is currently building up in KZN. "Something big is going on. It may be related to ISIS training camps in South Africa."

Public opinion suggests that South Africa is likely to become an extremist or terrorist nation in the near future. Given the recent events that caused major national sites to mysteriously burn, it's easy to conclude that we are headed for hard times as a nation. 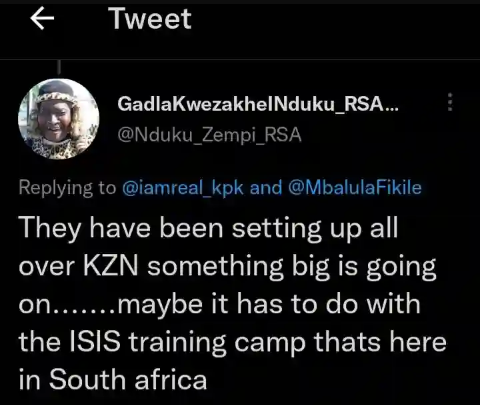 The United Nations in South Africa aims to support government by refocusing on local administration and service delivery and making its resources and expertise available to its communities and citizens. Africa continues to have more peacekeeping missions than any other continent. As conflict-affected countries increasingly seek support outside the United Nations, reforms are needed to enhance peacebuilding, experts say.

Many South Africans have raised safety concerns, especially after the recent incident in which Waterkloof Air Force Base caught fire. Although the South African National Defense Forces say there is no doubt that bad action is being taken, some say we are in serious trouble as a country. 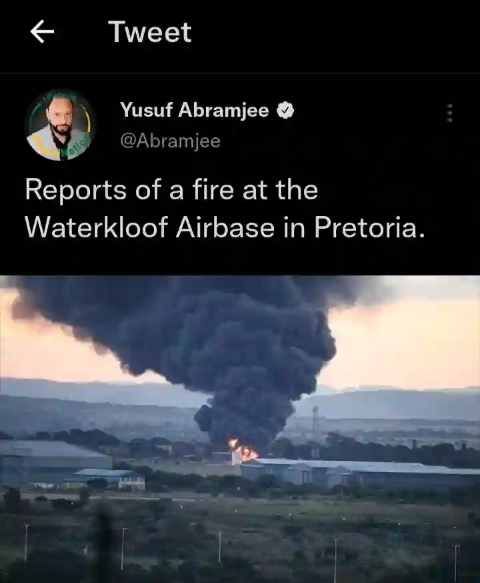 Too many fires are burning up public buildings under the watchful eye of the ANC government and its war partners. To name a few: electrical transformer explosion, Charlotte Maxenge Hospital, University of Cape Town, many military trucks on fire at Waterkloof, fire in Parliament, destroyed Concourt, Waterkloof Air Force Base.

Strange things will continue to happen in SA now that we are committed to foreign troops. Don't you know that this "loan" comes with a bond? As someone said yesterday, watch out for political and legal changes, psychologists and sabotage by state corporations. The fire at Waterkloof Air Force Base is just the beginning.

What are your thoughts concerning this development?