The south african government has made a move to disarm the ordinary citizens while there are thousands of illegal firearms in the hands of a very brutal criminals,the fact that the south african government was suggesting to stop giving the citizens firearms for self defence it's a capital mistake.The police must atleast disarm the criminals first before they consider tightening the issuance of the firearms to the citizens.The criminals are having nice time in south africa,though some of the people doesn't see it as terrorism,there is a high likelihood that very soon there would be a terrorists groups in south africa given the fact that the United Nations have reported that south africa is being used to direct the finances to the bases of the terrorist groups all over the continent.

One man was gunned down by the security guards in Johannesburg,the victim is alleged to have been terrorizing the people and the motorists in the area,the victim was armed.The criminals are taking over the south african metropolitan manucipalities at a faster rate,some are even hijacking the buildings and turning them into the criminal hubs,the police are even afraid to confront the fake owners of those buildings with the fear of being attacked. 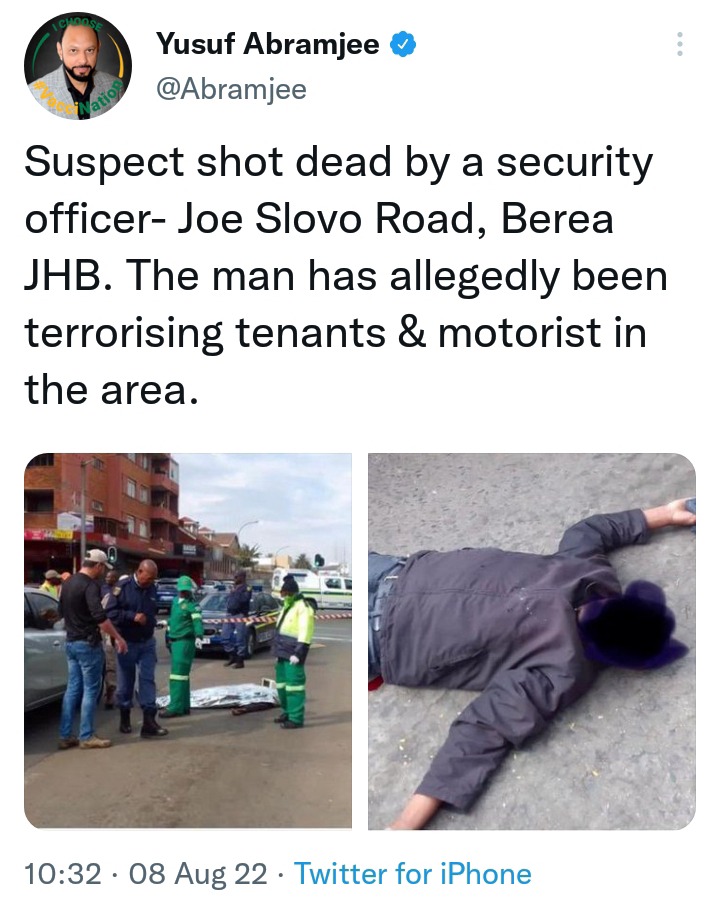 It was yesterday when there was a massive stand off between the police and the foreign nationals,where the foreigners were refusing the police an access to the de Villiers street,the manucipal police has been all over the city to implement the by laws.Many foreign nationals were thrown out of business as they didn't have the documents which allows them to trade in the city.If the people can stand against the law enforcement officers and ready themselves to fight them back,then there's high possibility of terrorism and insurgency in south africa,the south Africans never stood against the police in a manner that the foreigners are doing.

The Most Racist Countries In The World - South Africa Not Listed