By Africanmouth (self media writer) | 4 months ago

PUTIN'S invasion of Ukraine is encountering stiff military pushback from Australia, which has pledged to provide Zelensky with one of their most capable vehicles. 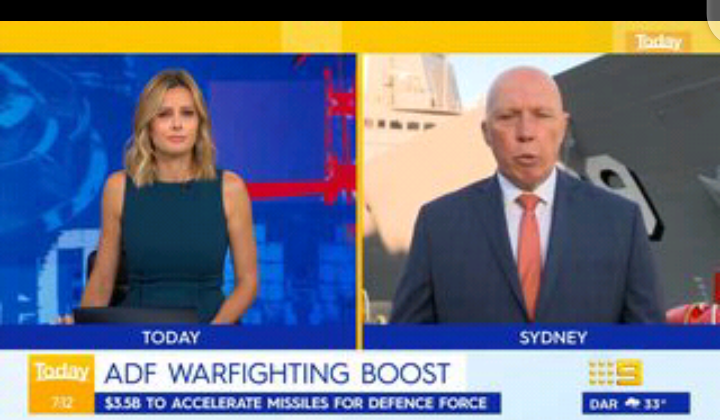 Following a request from Ukrainian President Volodymyr Zelenskiy after he addressed federal parliament a week ago, Australia would deliver anti-tank missiles and bullets as part of a military support package totaling $26.5 million (£15 million). Australia's total military aid in the war will now amount $191.5 million (£106.6 million). Australia will become one of the first countries to supply combat vehicle support to Ukraine with the delivery of 20 refurbished Bushmasters vehicles, transported by C-17 Globemasters similar to the one observed over Cornwall yesterday.

"On the express request of Ukrainian officials and our other partners, the government will not divulge precise specifics of the new package, including delivery arrangements," he said.

"Australia may be hundreds of kilometers distant, but we're fighting this unlawful invasion alongside Ukraine with arms, equipment, aid, and even energy sources.

"Once again, Ukraine has requested our assistance, and we have responded.

"This war is crucial because not only are Ukrainian lives and lands on the line, but also the values of freedom and the rule of law." 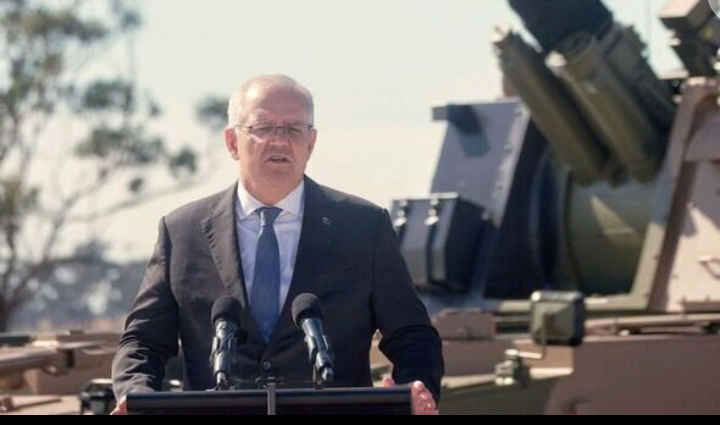 Scott Morrison is the one who announced his support. (Photo courtesy of Getty)

"Australia stands with the people of Ukraine and urges Russia to end its unjustified, unfair, and unlawful invasion of the country.

The re-fitted Bushmasters are a well-known Australian military outfit that has previously served in Iraq, Afghanistan, and disaster zones in Australia.

They're built to resist any situation and even shield troops from bomb blasts.

The words "United with Ukraine" are inscribed on the exterior of the vehicles in both English and Ukrainian to reflect their new role in Ukraine.

They've also been repainted olive green and stenciled with the Ukrainian flag on each side. 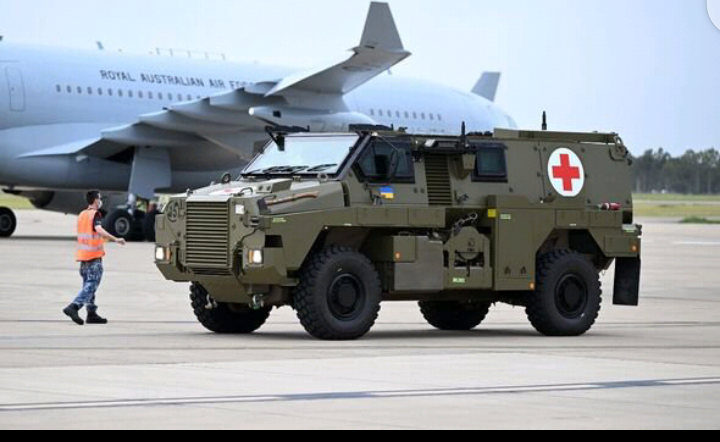 The Australian Bushmaster is a formidable military machine. (Photo courtesy of Getty) 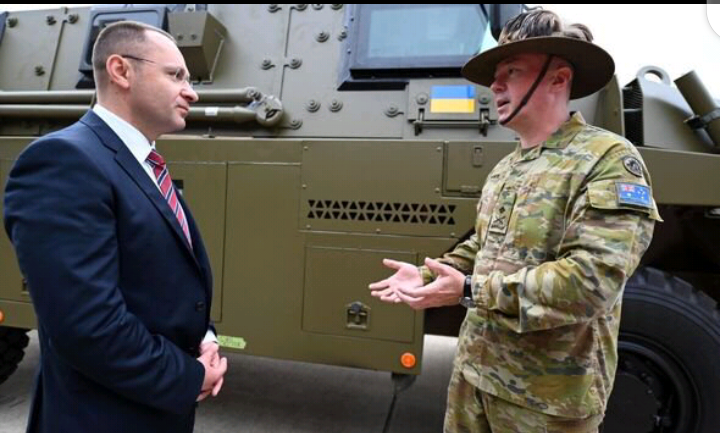 The Bushmasters have been outfitted with radios, a global positioning system, and additional bolt-on armour, as well as mine, artillery shrapnel, and small arms fire protection.

They can carry mortars and other large weaponry and can be outfitted with a wide range of military equipment.

Because of their ability to transport vast amounts of fuel and supplies, they can run for three days without replenishing. They can operate without punctures thanks to a central tyre inflation mechanism.

"Our Australian-designed and manufactured Bushmasters are recognised across the world for their effectiveness in a battle zone, and they will help strengthen Ukraine's defense against Russia's unwarranted and illegal actions," Mr Morrison said.

"Not only are Ukrainian lives and lands at stake in this conflict, but so are the ideas of freedom and the rule of law." 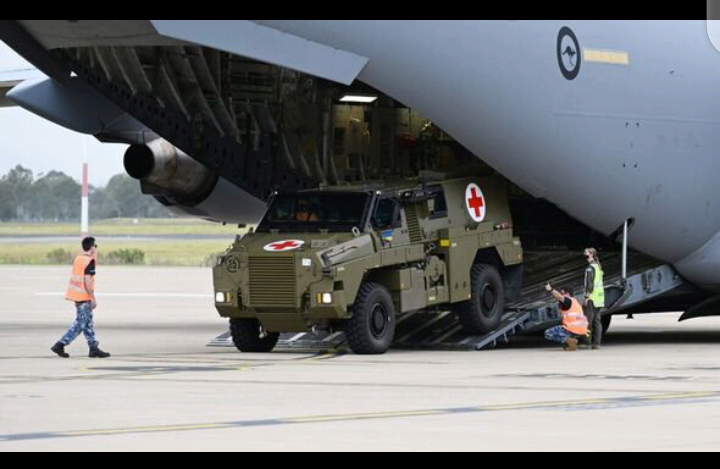 In Ukraine, a bushmaster is getting ready for battle. (Photo courtesy of Getty)

"It is one of the world's leading vehicles and it gives security to the crew that are onboard," Australian defence minister Peter Dutton said on the Today show today.

"It will be a significant victory for Ukrainian soldiers in their fight against Russia's brutal tactics.

"People have fought and died for the freedoms we have in our country," he continued. We must recognize that what we have - our democratic system and freedom of speech - cannot be taken for granted.

"These are qualities that dictators like Vladimir Putin, Adolf Hitler, and others will always oppose." We have to stand up to them.

In a new wave of sanctions, Australia declared that it would take action against 67 elites associated to Putin.

As a result, Mr Morrison and over 200 other Australian officials were banned by the Kremlin.