In an effort to reinforce NATO defenses in Europe, Vice President Joe Biden has dispatched two warships to Spain. This action has been described as delivering a "strong message" to Russia.

An announcement to this effect was made at the conclusion of the most recent NATO summit, which took place in Madrid. Following Russia's continued invasion of Ukraine, members of NATO considered the ongoing danger posed by Russia and made commitments to raise expenditure on defense and construct better defenses across the continent, with a special attention being devoted to Eastern Europe.

The two United States Navy ships that are going to be stationed in the Iberian Peninsula on a permanent basis will bring the total number of boats that are positioned there up to six.

Senator Jim Inhofe had this to say on the recent events: "Great news.

For years, I have been advocating for the United States to increase the size of our destroyer force in Rota.

Our posture and our ability to deter aggression will both be improved as a result of this strengthened presence in Europe. 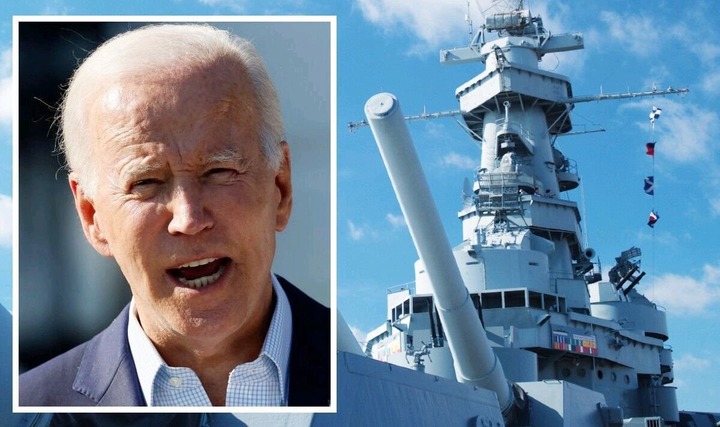 The United States and its partners in NATO have committed to raising the amount of money spent on defense (Image: Getty)

The arrival of the naval destroyers in Spain is scheduled for the year 2024. This will send a loud and clear message to everyone that the presence of the United States in Europe is significant both symbolically and practically during this period of uncertainty caused by Russia's war in Ukraine.

According to Jim Townsend, a senior scholar at the Centre for New American Security, "this is a significant signal that the United States is in full support of beefing up our military posture in Europe."

"The fact that it is not simply China that drives our military posture overseas reassures our friends that we are in the game and that we are not just trying to get by on the cheap,"

Because of the Navy's unparalleled capacity to forward-homeport its warships, the expansion of its presence at Rota, which consists of only two additional ships, is a significant and consequential step.

A researcher at the Institute for Security Policy at Kiel University named Sebastian Bruns, who was formerly a visiting professor at the United States Naval Academy, said the following: "The four, and now six DDGs in Rota are an asset, a strong symbol of rotating forward presence — the United States Navy still being the only Navy in the world to be forward present like that." 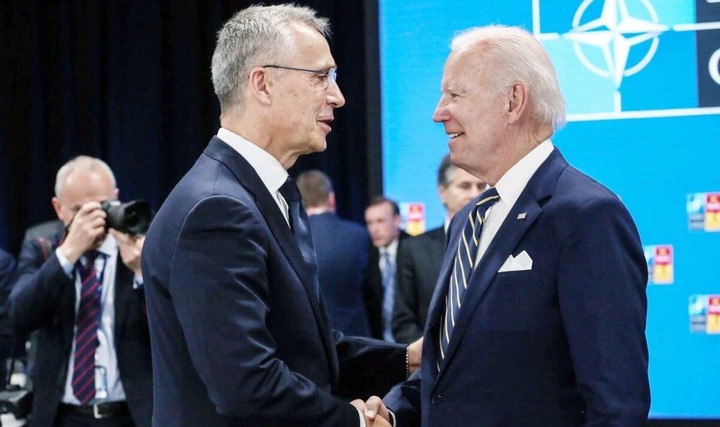 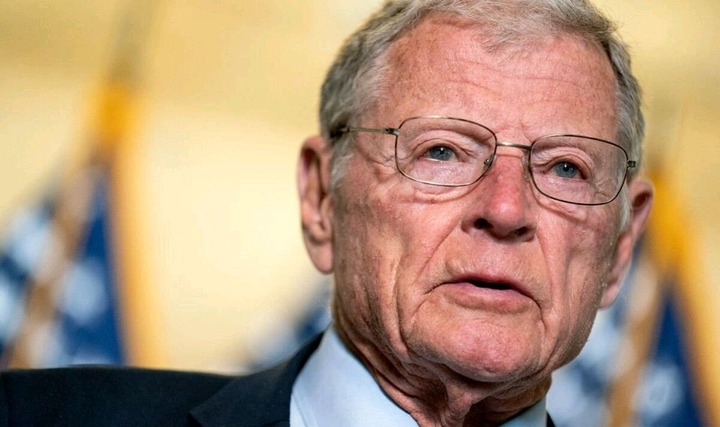 The United States Navy will deploy two warships to the Spanish port of Rota (Image: Getty)

When asked about the motivation for the Navy's decision to send in additional ships, Mr. Townsend claimed that the conflict in Ukraine was the driving force behind the decision.

He stated that because to the invasion of Ukraine, the Navy has significantly improved its capabilities in Europe.

"I'm sure there was a dispute about it as well between the Europe and Asia hands in the Navy and in the larger federal administration," the author says.

Alongside the persistent unrest that can be seen throughout the Indo-Pacific area, particularly in the South China Sea, comes the risk posed by Russia.

In recent years, China has increased its own naval presence in response to the signing of the so-called AUKUS accord between the United States of America, the United Kingdom, and Australia. 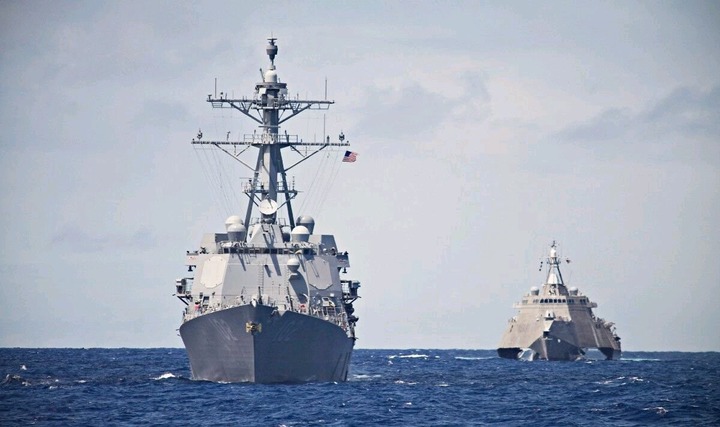 Beijing's Navy will receive a boost with the launch of the "Fugian," an aircraft carrier from China (Image: Getty)

The step is mostly symbolic due to the fact that the threat posed by Russia already exists in the here and now, rather than in the year 2024 when the boats are scheduled to arrive.

Operating on a global scale comes with enormous expenses, logistical difficulties, and resource requirements; hence, the move will undoubtedly draw some criticism from non-conforming US politicians. Despite the fact that the United States of America now possesses a big and diversified naval fleet,

The United States Navy is currently faced with the challenge of deciding which regions of the world to put their focus on, as both Europe and the Indo-Pacific area are on high alert due to their own unique threats.

Because of its location in the region, China will continue to hold a significant edge over the United States Pacific Fleet in the Indo-Pacific. This is because the US Pacific Fleet will be required to travel a significant distance in order to satisfy the geographical requirements of the region.

Nevertheless, in spite of the difficulties that were highlighted, the film shows that NATO is becoming closer and closer in order to combat the new dangers that are appearing. 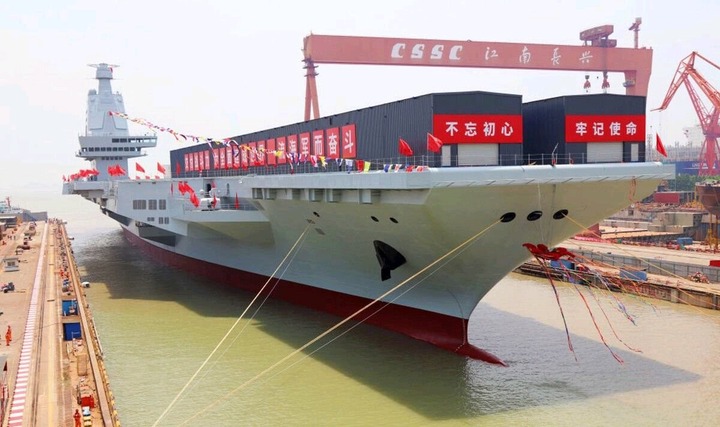 James Lee is your source for all the latest defense and security news. Follow him on Twitter at @JamesLee DE. 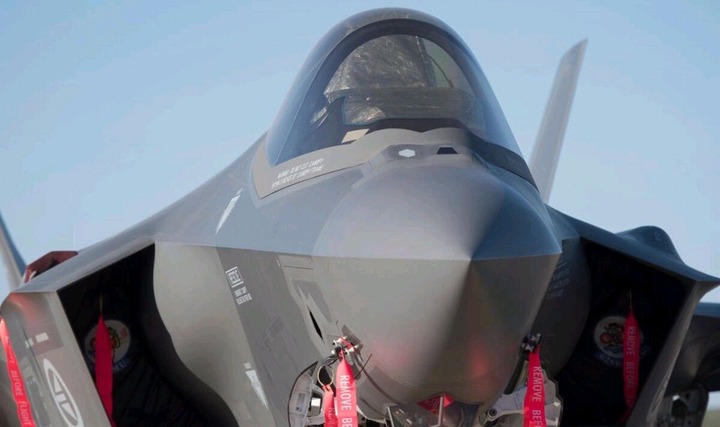 The United States plans to provide the United Kingdom with two squadrons of F-35s (Image: Getty)

In addition to Mr. Biden's commitment to increase the number of ships that are able to dock at the port in Rota, he has also committed to establishing a permanent military facility in Poland.

The forward command post for the Army's V Corps is going to have its base located on the outskirts of Eastern Europe.

In addition to this, the United States is planning to deploy two squadrons of F-35 fighter jets to the United Kingdom, while also stationing additional air defense units in Germany and Italy.

Officials from the United States emphasized that the permanent basing would only apply to headquarters units, and not to combat troops. As a result, this would be consistent with an agreement that NATO and Russia made in 1997, in which NATO agreed not to permanently base combat troops in Eastern Europe in order to build more constructive relations with Russia in the post-Cold War environment.