During the first three decades of the 19th century, the proliferation of military and raiding groups from the conflicts in the northern Nguni heartland southwest of Mozambique had an important impact on southern and west-central Mozambique. Several military groups, offshoots of the emerging Zulu state, invaded Mozambican territory, seizing cattle, hostages, and food as they went. The waves of armed groups disrupted both trade and day-to-day production throughout the area. Two groups, the Jere under Zwangendaba and the Ndwandwe (both later known as Ngoni) under Soshangane, swept through Mozambique. Zwangendaba’s group continued north across the Zambezi, settling to the west of contemporary Mozambique, but Soshangane’s group crossed the Limpopo into southern Mozambique, where it eventually consolidated itself into the Mozambique people. Soshangane named his new empire Gaza. 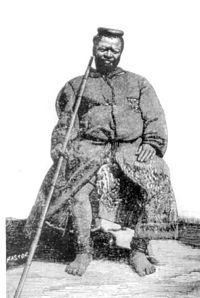 His nation was built by unification of the Ngoni people who never came to Southern hemisphere. The Shonas, the Ndau people and the Karangas including the Tsonga people. Their unification was named Shangaan tribe taking the name of their king a Ndwandwe by tribe. In that way the Ndwandwe tribe grew massively but this played a major role of killing dialects of Ndwandwe language.

One Nguni chief, Nxaba, established a short-lived kingdom inland from Sofala, but in 1837 he was defeated by Soshangane, a powerful Nguni rival. Eventually Soshangane established his capital in the highlands of the middle Sabi River in what is present day Zimbabwe. Soshangane named his empire "Gaza" after his grandfather. 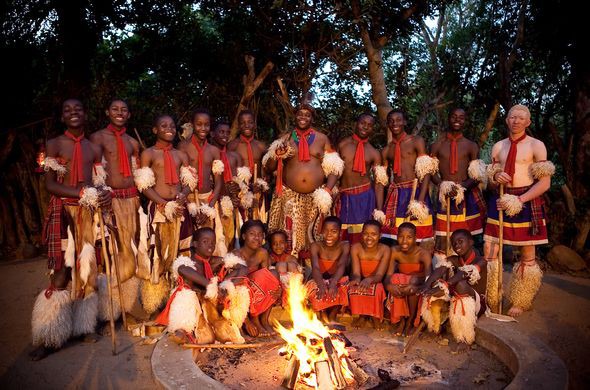 The Zulu empire under Shaka grew massively but it never surpassed Gaza. Evendo history put Zulu empire as the biggest in Southern Africa. It never came to be. Soshangane's empire became the biggest it took part of Limpopo to Zimbabwe all the way to parts of Botswana ending in the Zambezi region. Shaka Zulu feeling bitter in 1828 tried to invade Gaza but his warriors were defeated by formidable Shangaan soldiers.

Soshangane died in 1856 and there was a bitter struggle for power between his sons Mawewe and Mzila. With help from the Portuguese, Mzila eventually gained power in 1861 and ruled until 1884. Soshangane's grandson, Gungunyana, took over the Gaza Empire from his father Mzila and moved the capital southward to Mandlhakazi, putting him in closer proximity with the Portuguese.

Gungunyane was expected to allow prospectors to speculate for minerals in his territories. A delegation was sent to Lisbon, where an agreement was signed that allowed Portugal to fly its flag at Mandlhakazi. The flag was meant to symbolise good neighbourliness with the independent Gaza state. It also confirmed an agreement that no Portuguese troops would enter Gaza territories without the king’s approval. 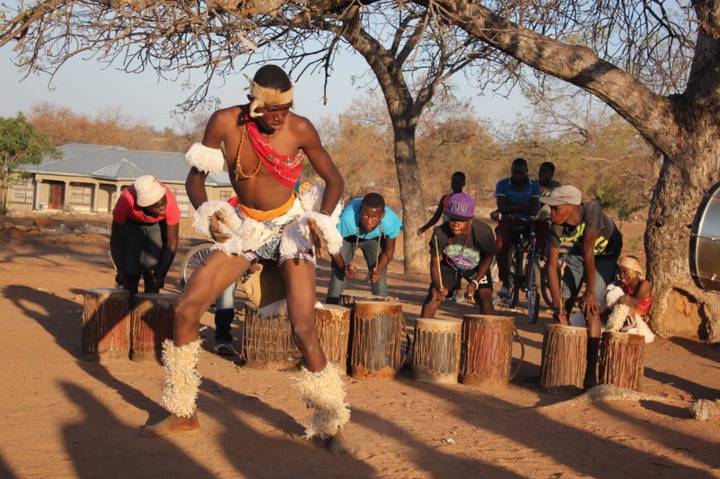 Gungunyani was expected to allow prospectors to speculate for minerals in his territories. A delegation was sent to Lisbon, where an agreement was signed that allowed Portugal to fly its flag at Mandlhakazi. The flag was meant to symbolise good neighbourliness with the independent Gaza state. It also confirmed an agreement that no Portuguese troops would enter Gaza territories without the king’s approval.

But later Gungunyani was arrested by the Portuguese in 1884. Which resulted in the fall of Gaza Empire.