By professorX (self media writer) | 4 months ago 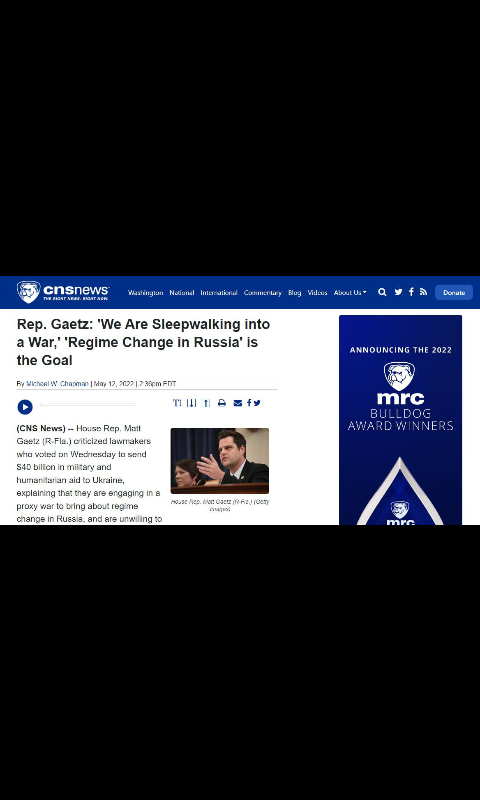 Senator Goetz: "Regime change in Russia is the real goal of the United States.

"Just a year ago we lost the war against rifle-waving goat herders [in Afghanistan]. Now we're rushing to war with a nation that has 6,000 nuclear warheads <...> Are we just going to act in Ukraine as we did in Yemen and around the world - perpetually undeclared wars?" - added Goetz.

He noted that it is regime change in Russia that is their real goal, not the defense of Ukraine. Russia says US wants to simply control Russians and tell them how to live their lives.

After Russia is dealt with obviously China will follow. So it's basically one superpower at a time. As soon as China and Russia are down, BRICS is useless. Now the question is, Who will stop NATO if it commits crimes and forces people to adopt their way of life even though they don't want to.

An attack was launch In Ukraine by Russian military.

The attack begins with an aerial view of the vast Azovstal plant, when suddenly a Russian missile detonates in mid-air - releasing a fiery burst over the already heavily damaged factory buildings below. 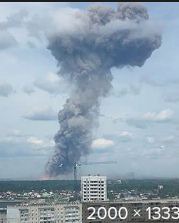 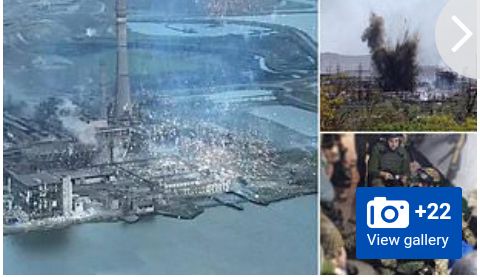 Sparks' - which are actually a grouping of incendiary munitions - fall to the ground and ignite. From a distance, the explosions look almost like fire crackers, but in reality are a series of countless detonations.

After weeks of Russian siege and bombardment, Mariupol - found in Ukraine's eastern Donbas region - is in Russian hands, but hundreds of Ukrainian fighters are holding out under heavy fire at the steel works.

'Russia is ready to be the first to use nuclear missiles if there is a real threat to the existence of the country."

Alexei Zhuravlev, deputy of the Duma, announced this. He explained that the United States is "doing everything to start World War III", trying to draw Europe into conflict with Russia to take advantage of the situation and get out of the internal crisis.

"Russia could launch the first nuclear strike. This will happen if there is a threat to the existence of the Russian Federation" — Zhuravlev explained.

The Russians refuse to lose this war and says it will do everything to win, that includes being the first to launch a nuclear strike, as soon as chances of it winning against NATO drop to zero. Russia went as far as saying no one will win in a nuclear war, simply meaning it either its wins against Ukraine and stop NATO expansion or brings everyone down with it. 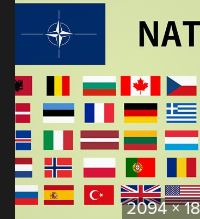 What will happen? no one really knows but it appears like Russia is being connered and being forced to use nuclear weapon. Finland and Sweden have officially decided to join NATO and are positive they will be accepted. In Retaliation to this Russia cutted of Finland's electricity supply.

Here is something to think about:

Afghanistan, Iraq and Libya were invaded by US and caused conflict so they can steal their oil. Remember many lives were lost, more than 100 000 and Mr Gadaffi was killed in Africa in front of the world and his children, under false claims by the US that he had nuclear weapons. In reality he was killed for wanting to create a United states of Africa, where Africans became independent of the west and owned their resources. So this threat was eliminated because the west would become poor without African resources. Now tell me this, Who sanctions and condemns NATO or US for such inhumane atrocities because they must also be punished?

Is NATO or US exempt to international laws they make? What about Chinese embassy bombing? Still no one was held accountable even though we know the culprits, is it because they the makers of the law?

I must emphasize that I'm not anti NATO or US, but we need look at facts and know all facets of those we put on top...I just hope no one gets hurt at the end...I hope our decision does not come to bite us. 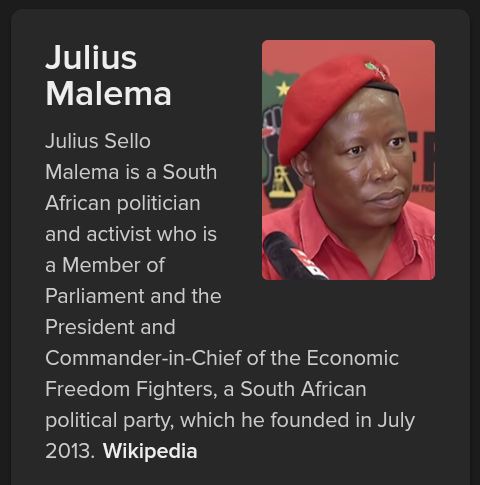 You know who I think is next in line 🤔: Julius Malema but then again this is just my hypothesis and nothing verified... we'll see what happens in the future.

Who do u think must win this war, Russia or Ukraine? And why? 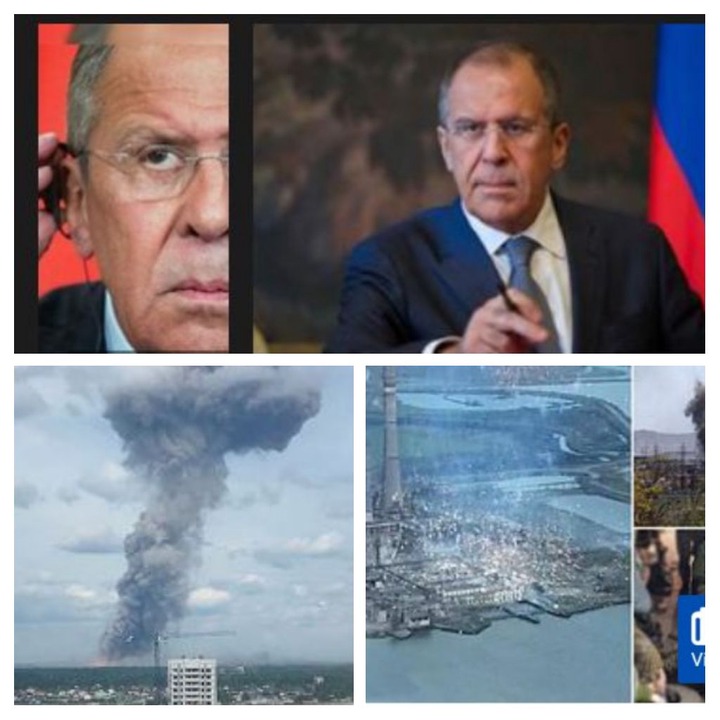 Hailstorms that was caught on camera

Riveiro: Why We Didn’t Sub Monyane Before Red Card.

Man Gunned Down During Carjacking In Mpumalanga

Armed Robbers Got Away With Gold Worth Thousands Of Dollars

Alleged Countries that do not experience daytime and night