By Kingofnews (self media writer) | 3 months ago

Drone footage shows Ukrainian forces annihilating a Russian helicopter above Snake Island in the Black Sea, causing it to burst into flames. 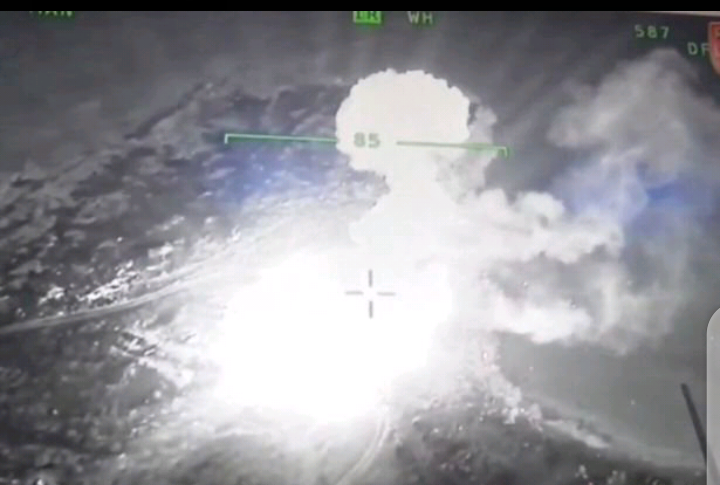 From a bird's eye view, the breathtaking black and white footage shows Russian forces disembarking the chopper moments before a drone strike targets the aircraft, obliterating it in a burst of blinding light.

Before the undated footage shifts position to a side-on shot, showcasing the immensity of the explosion, smoke and flames billow forth.

There have been no reports of fatalities or injuries.

The destructive drones, according to the Sun, were Turkish-made Bayraktar TB-2s.

According to CBS, Ukraine has 20 to 50 drone missiles that cost less than $2 million each. 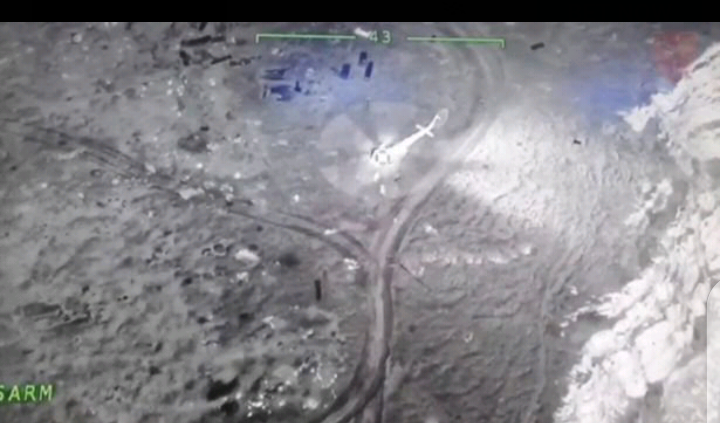 Russian personnel may be seen disembarking moments before the chopper is shot down.

The clip comes as Ukrainian forces have regularly demonstrated their ability to deploy deadly precision in their drone strikes.

A Ukrainian naval missile sank the Russian cruiser Moskva in mid-April, destroying one of Russia's most formidable warships. 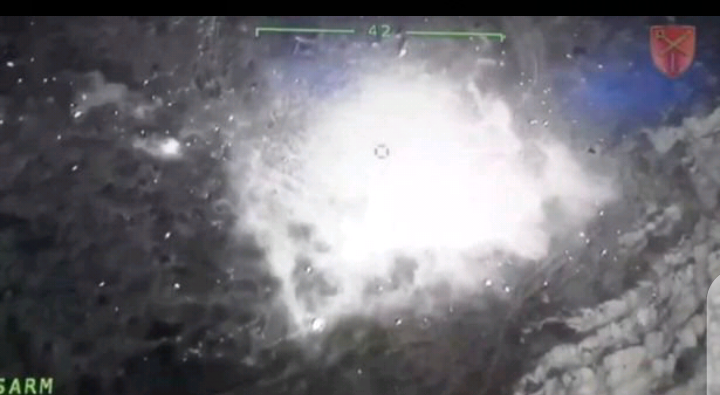 It's unknown whether the explosion caused any injuries or deaths.

"The Bayraktars are working," said Valeriy Zaluzhnyi, Commander in Chief of the Ukrainian Armed Forces.

Snake Island, in the Black Sea, was one of Russia's earliest invasion wins, with the island being captured on February 24 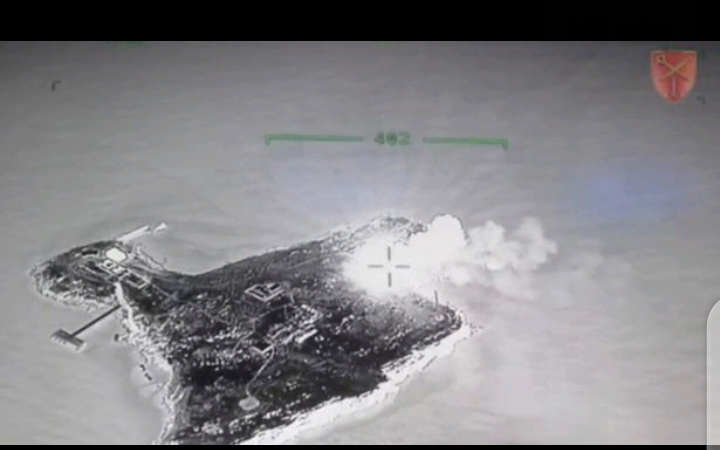 The explosion's size is revealed by the side-on angle.

It was also here that Ukrainian soldiers demonstrated their rebellious, fighting attitude, when they responded to Russian naval forces' orders to surrender by saying, "Russian battleship, go fuck yourselves.

The soldiers who were involved miraculously survived and were later honored with military honors.

Content created and supplied by: Kingofnews (via Opera News )

Case Against Men Who Attacked Bus Driver Has Been Postponed.

Trial of The Pastor Accused of Human Trafficking To Begin.

Two-year-old girl killed a snake in revenge for biting her lip by sinking her teeth into it.