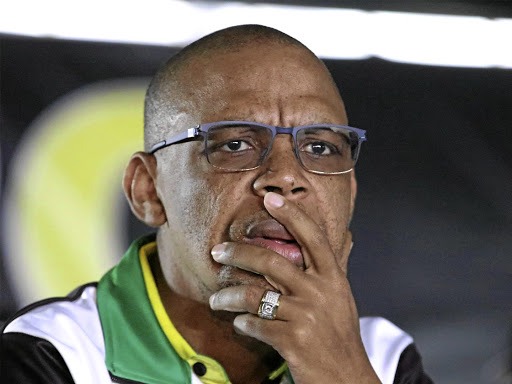 ANC spokesperson, Pule Mabe has refuted claims that he is involved in a R27 million irregular tender awarded to company directly linked to him as indicated by recent reports by the Special Investigating Unit.

Mabe brushed off the allegations in what seemed like an angry reaction to the mere question on whether or not he had seen the report of his alleged R27 million irregular tender.

"Me involved in a report? I'm not involved in any report, I don't know maybe you must tell me about the report. Have you seen my name in the report? Okay that's fine, so go and get your facts," Pule Mabe reacted angrily to the question.

In what also appeared like a quick escape from the question, Mabe quickly changed the subject stating that he only wants to talk about the local government elections and not about allegations of him being in involved in R27 million irregular tender.

"I don't know what you're talking about, so can we talk about local government elections, let's focus on there because you don't work for the SIU. So if there's anything that has got to do with me, the SIU knows my phone number, they can call," said Mabe.

He said he is in fact shocked that people can just mention his name.

"What is worrying me is that my name is most mentioned by yourselves in the media, not by authorities who are doing this work. So it's a concern," said Mabe. 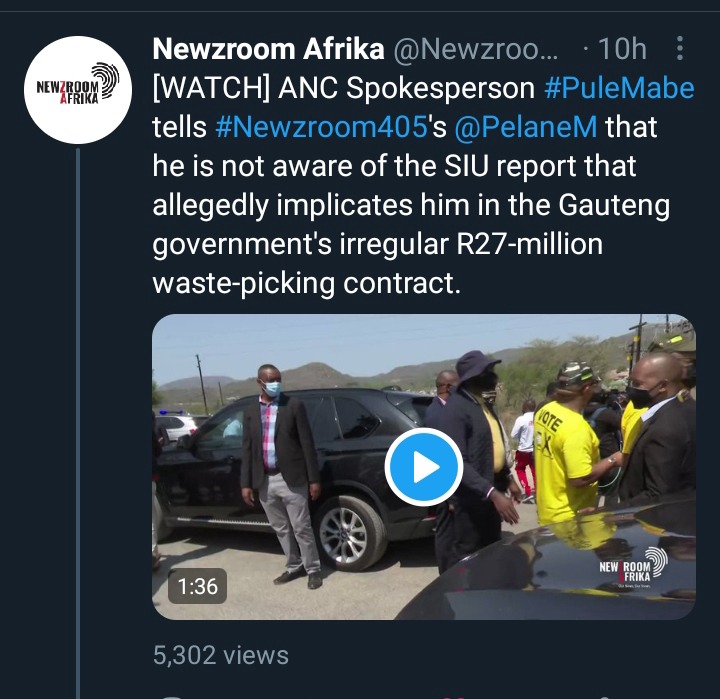 Critics however argued that Pule Mabe's denial of having no knowledge about the SIU report which allegedly implicated him directly to R27 million irregular tender shows that he is in the right faction of the ANC and might get away with it if it is true that the Special Investigating Unit has not contacted him about it.

"I’m shocked is the order of the day in the ANC even their president is always shocked," said a Twitter user.

"Pule Mabe is on the right side of the faction that's why the law enforcement authorities won't investigate nor prosecute him." 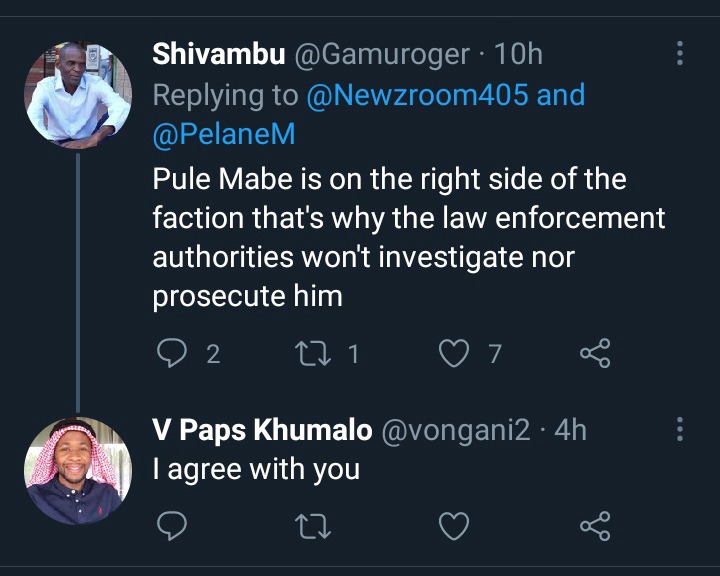