New AVIC fighter jet to appears before the year end 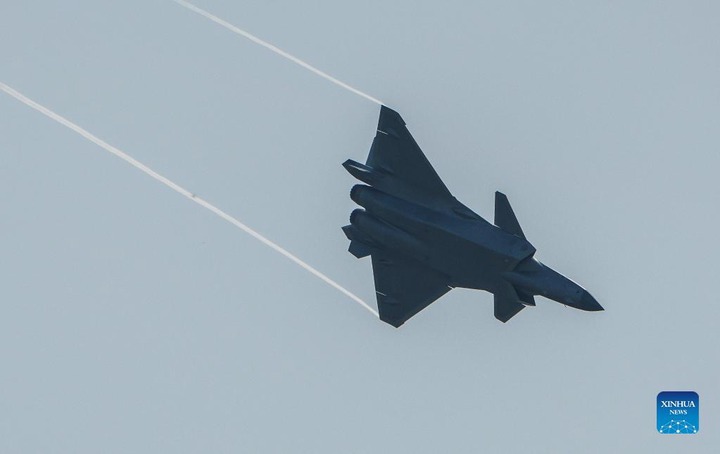 China will unveil its new-generation carrier-based fighter jet before the end of this year, according to a key figure at Aviation Industry Corp of China, the major supplier of military aircraft to the nation's armed forces.

"Once the new plane is ready for its debut flight, it will appear in front of all of you and also on the internet. So take it easy and wait. You will get to see it before year's end," said Sun Cong, president of the Chinese Aeronautical Establishment and an academician of the Chinese Academy of Engineering.

He made the remarks at a news conference in Zhuhai, Guangdong province, on Wednesday on the sidelines of the 13th China International Aviation and Aerospace Exhibition, popularly known as the Zhuhai Airshow.

Sun was the chief designer of the country's first carrier-based fighter jet, the J-15, and the second stealth fighter－the FC-31.It was the first statement by anyone from AVIC about the possible time when the new plane will appear publicly or even conduct its maiden flight.

Observers speculated that the new carrier-based combat plane would make its first test flight before the year's end, noting that it must have been designed based on the FC-31.

The twin-engine, radar-evading fighter jet was unveiled in October 2012 when a prototype made its maiden flight, becoming China's second fifth-generation fighter jet, following the J-20.

The FC-31 has a high survivability rate－the degree to which the craft and its crew could withstand a hostile environment－a low radar signature, advanced electronic countermeasures, a strong information gathering and handling capacity, outstanding situational awareness and beyond-visual-range combat capability.

In addition to air combat, it can also carry out strikes against land and sea targets, according to its designers.

The aircraft has a large weapons bay and can carry multiple external missiles.

According to AVIC, the FC-31 has a maximum takeoff weight of 28 metric tons, an operational ceiling of 15 kilometers and a top speed of Mach 1.8, or 2,205 kilometers per hour.

The PLA Navy now operates two aircraft carriers－CNS Liaoning and CNS Shandong. The Liaoning was commissioned to the Navy in September 2012 after being refitted in China for several years from an imported Sovietera vessel, while the Shandong was domestically designed and constructed and entered service in December 2019.