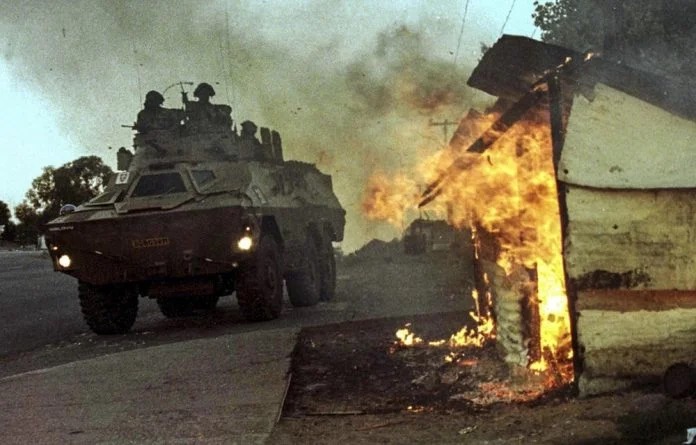 In the winter of 1998 was the year of trouble between South Africa and Lesotho as South Africa invaded Lesotho. This came after Lesotho became in turmoil after opposition parties disagree with the win of (BCP) Basotho Congress Party. The denial was based on facts that BCP rigged the votes. That resulted in the defense force of Lesotho trying to topple the government of Pakalitha Mosisili. As a result of the coup the Prime Minister Of Lesotho seeked help from the neighboring South Africa. In that year of 1998 Nelson Mandela was the President of South Africa. As the call came Mandela’s was traveling abroad. His Deputy president was Thabo Mbeki. By that time Mangosuthu Buthelezi was a minister of Home Affairs. 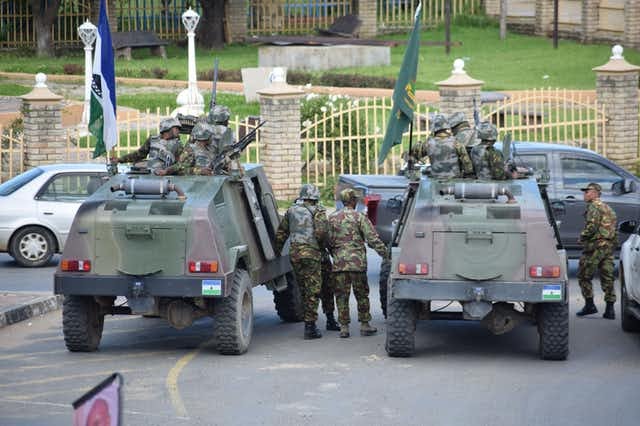 Frustrated opposition parties that won just a single parliamentary seat accused the ruling Basotho Congress Party of fraud and rigging the vote. South Africa initially intervened diplomatically, by helping to set up a commission composed of legal experts from the region to evaluate the opposition’s claim of foul play.

This commission failed to resolve Lesotho’s difficulties. The release of the commission’s report was delayed, prompting charges that it had been tampered with. As a result Basotho out of desperation stop people going to work. They stopped every government car and government facilities doing any movement of work in support of the prime minister falling. The Lesotho defense just looked and never done anything to stop people. High profile people were pointed with guns. That resulted in the prime Minister of Lesotho writing a desperate letter to Nelson Mandela as he saw Lesotho being paralyzed by the protest. 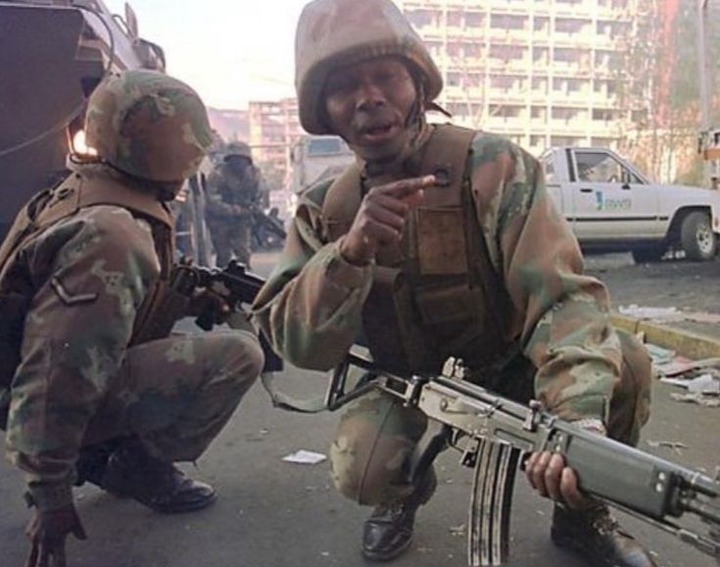 Mandela later described the situation as a “virtual coup”. Lesotho’s government was paralysed and the country’s prime minister, Pakalitha Mosisili, feared that his administration would be toppled. Over the course of the crisis, he sent two desperate letters to Mandela and several other Southern African Development Community (SADC) leaders, requesting a military intervention to stabilise Lesotho.

Mandela was travelling in the United States while Lesotho degenerated into chaos. Deputy president Thabo Mbeki was also away, leaving Mangosuthu Buthelezi, the minister of home affairs, to deal with the crisis as acting president. Buthelezi got approval from regional allies to dispatch a SADC military force; there was a growing sentiment through out Africa that military coups would no longer be tolerated.

Immediately after the approval of the letter 600 soldiers of Lesotho were sent to Lesotho. South African soldiers entered Lesotho hoping they're entering a small country that they will just showed the way as simple as that. The most Insulting thing they showed to Lesotho was planting South African flag in the LDF barracks where they attacked relaxed senior soldiers of Lesotho. After the surrendering of senior soldiers. They attacked Makoanyane barracks where they met the real war from junior soldiers. The war became so heavy towards South Africans that they lost 11 soldiers while 17 soldiers got injured. In the Lesotho junior soldiers 29 lost their lives. The civilians lost life counted to 105. Maseru was looted and burnt down. That resulted in SADC sending 200 soldiers to Lesotho.

This South Africa-Lesotho war resulted in International Community asking the potential of Mandela being a man of peace or war. When Mandela asked about that he said, " If sending of troops to Lesotho was a mistake then that mistake should be put on all their shoulders" He repeatedly said there was no mistake at all they made the right decision to send troops to Lesotho. It never known until today if Mandela said that because of the frustration. The Basotho troops gave SANDF a match they never thought they will get.