The prime minister's office confirmed the attack in a statement, adding that the spokesman's injuries were "not serious." 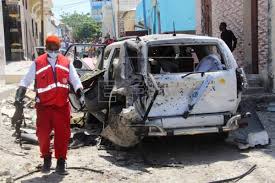 The attack, as described by a local witness, was later claimed by the Al-Shabaab group.

"I noticed the automobile speeding up and turning left as a man caught the side of it; I'm not sure if he was a suicide bomber. Within a minute, we heard a loud explosion, which flung me up and then knocked me to the ground. I'm not sure who was murdered, but I witnessed human meat flying past us from the blast scene ", he explained.

The incident on Sunday comes after Somali authorities decided this month to hold parliamentary elections by February 25th, despite previous delays that have jeopardized the country's stability. 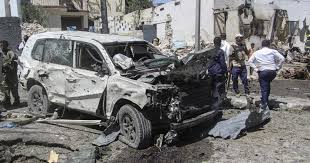 President Mohamed Abdullahi Mohamed, commonly known as Farmajo, of Somalia, has been at odds with Prime Minister Mohamed Hussein Roble over the long-delayed elections.